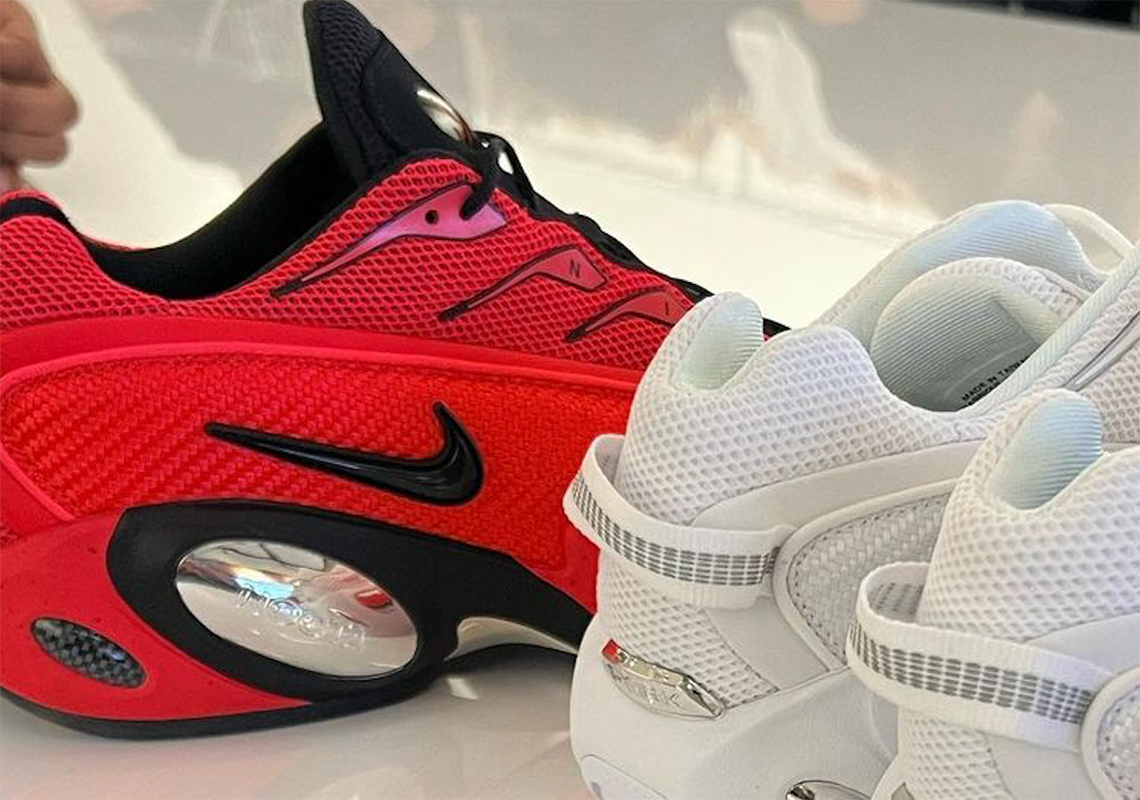 This past Thursday Beaverton, Oregon was graced by the biggest names in sports, business, fashion and media, having been invited to the Nike World Headquarters in celebration of The Swooshes 50th anniversary and subsequent Just Do It Day. From Travis Scott to Tom Sachs to Lisa Leslie, Bo Jackson and LeBron James, the all-day celebration doubled as an opportunity for the brand to sit down and further lay the ground work for their upcoming collaborations within the entertainment industry.

Before emceeing the employees Maxim Awards show and cracking a few jokes at the expense of their biggest competitors, Drake met with the brand’s executives while teasing the latest addition to his sportswear line with a Zoom Flight 95-inspired NOCTA silhouette.

The up close view – shared via Drake’s IG post yesterday – of the duo of unreleased pairs profers an all-white and crimson and black aesthetic with metallic accents throughout. A majority mesh construction sits atop a thick rubber midsole fitted with metal oval caps synonymous with the Flight 95’s iconic bug eyes. “NIKE” lettering adorns the uniquely shaped eyelets while glossy jewel Swooshes are placed above a warp and weft stitched midfoot overlay.

Receiving our first look at the NOCTA model during Drake’s courtside appearance of the Raptors and 76ers first round bout back in April, the two upcoming pairs signals a soon-to-be announced release date.

For more under the NIKE Inc. umbrella, the Nike Air Max 90 is enjoying a sampling of brown corduroy. 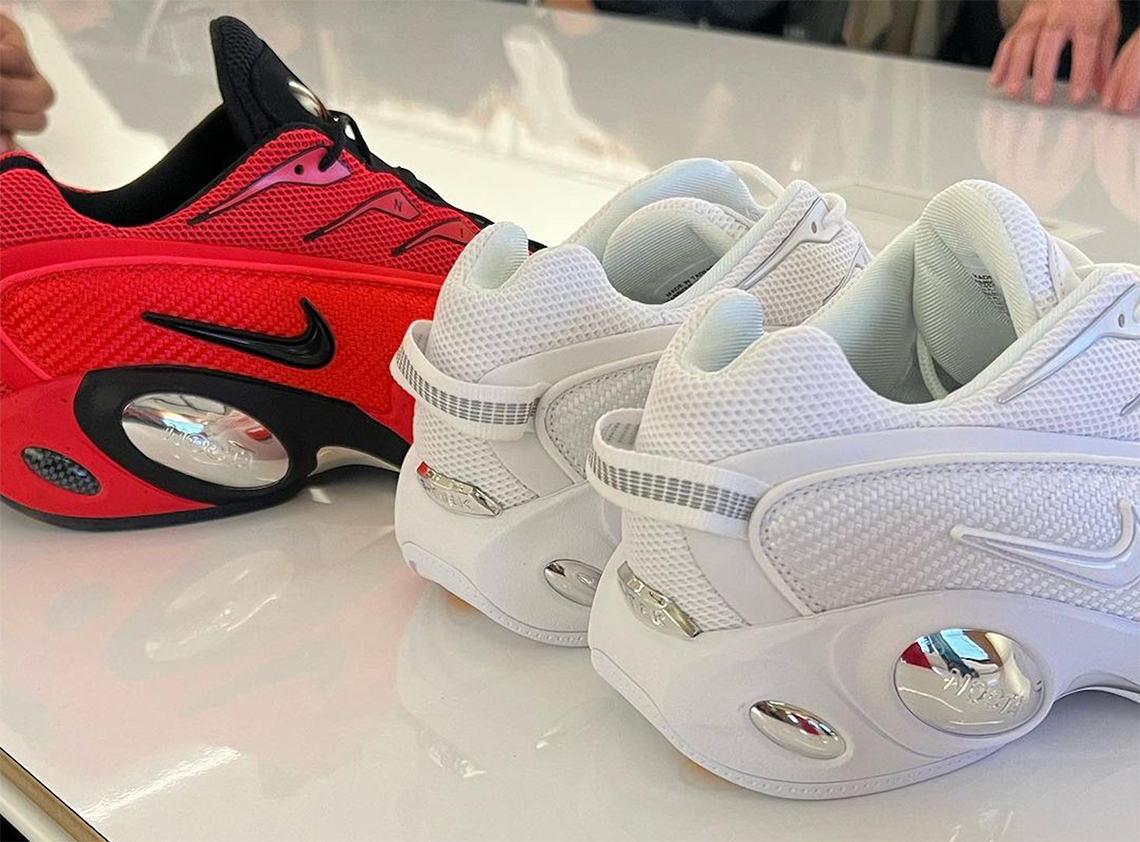