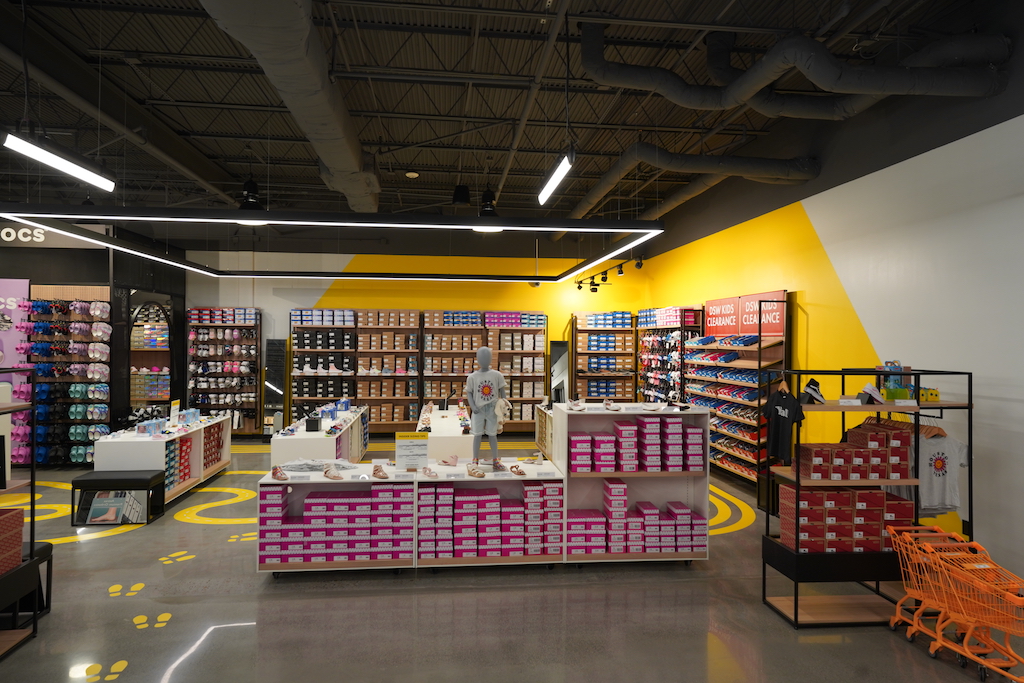 DSW is testing out new ways to engage with its youngest consumers — just ahead of one of the busiest shopping periods for the retailer.

Since early May, the footwear chain has been testing a new store format in its Hedwig Village store in Houston, which includes kid-friendly displays that are designed to meet little ones at their eye-level as well as a hopscotch board, a basketball hoop, a toy-car racing track and kid-friendly shopping carts.

“The goal is to keep the kid engaged and make it fun for them,” said Jim Weinberg, Designer Brands’ chief merchandising officer, who said certain elements from this test store, such as the hopscotch and shopping carts, have already been expanded to other DSW stores in an effort to enhance experiential shopping offerings overall.

Though the Hedwig store only opened at the start of May, Weinberg said the company will reassess the progress after a 90-day period and make decisions regarding expansion from there.

DSW has also reduced the number of different kid shoe silhouettes in stores, a move designed to make sure the company can keep most of its shoes in stock. The supply chain issues that permeated last year’s back to school season have, for the most part, softened, which gives Weinberg confidence in the retailer’s ability to deliver to demand this year.

“I think that we’re demonstrating that staying in stock is really important to the consumer and we weren’t able to do that last year,” Weinberg said.

When it comes to price point, DSW is navigating during an inflationary environment, where consumers are looking to find the most bang for their buck. Weinberg said he expects the back to school season to be more promotional than last year, when demand far outweighed supply.

Weinberg said that DSW’s value proposition stands out among other players in the same space, due to the company’s loyalty program and broad assortment of footwear across every major category. The company’s recent focus on athletic footwear has also helped it grab market share in the back to school space since 2019.

This season, DSW will also bring back a partnership that it tested with Staples last year, in which the retailer offered a curated selection of school and office supplies in some stores. This year, DSW will offer this assortment at half of its locations, which will help round out consumers’ back to school purchases this season.

“[Back to school] is important,” Weinberg said. “It will continue to be important.’