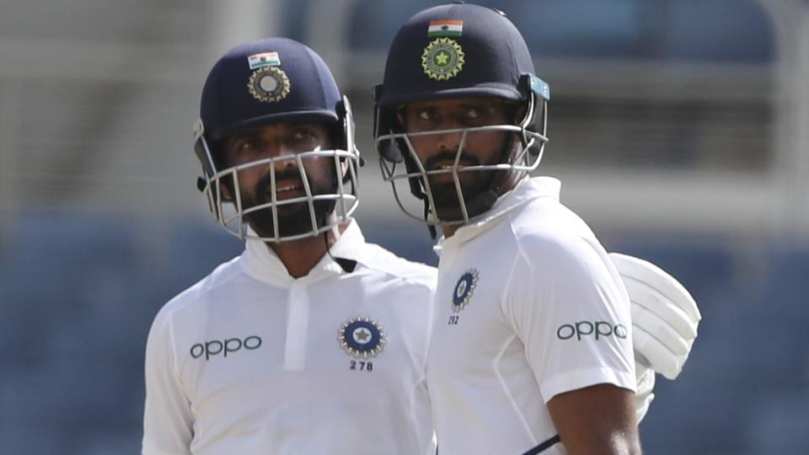 Duleep Trophy Final: South Zone vs West Zone: The first domestic title is up for grabs. South Zone will face West Zone in the Duleep Trophy final, starting Wednesday. The title-decider is scheduled to be played at SNR College Cricket Ground in Coimbatore. It will commence from 9:30 am.  Follow SZ vs EZ live updates with InsideSport.IN

It is a case of two star-studded teams going head-to-head for the title. Both the teams come into the final, brimming with confidence. If South thrashed North Zone, West eased past Central to set up the final date.

South Zone and West Zone will be led by Hanuma Vihari and Ajinkya Rahane respectively in the title-decider.  The latter have been a dominant team in the competition over the years, but the Southern team will pose a serious this time around.

In the last couple of seasons in various domestic competitions, teams from South have been brilliant. Their squad for the Duleep Trophy is strong in both departments of the game. Rohan Kunnummal, Vihari and Ricku Bhui scored tons in the last match. Sai Kishore and other spinners have been brilliant for South.

In terms of players from East, they are equally good. With the likes of Prithvi Shaw in their ranks, he can make life miserable for South. With the likes of Rahane, Yashasvi Jaiswal, they have a solid batting line up. Shams Mulani, Jaydev Unadkat and Shardul Thakur are key bowlers.

With such established stars in both the teams, the final will be of utmost quality. Team, which plays consistent cricket, will be in a good position to win the final.

When: Starts from September 21