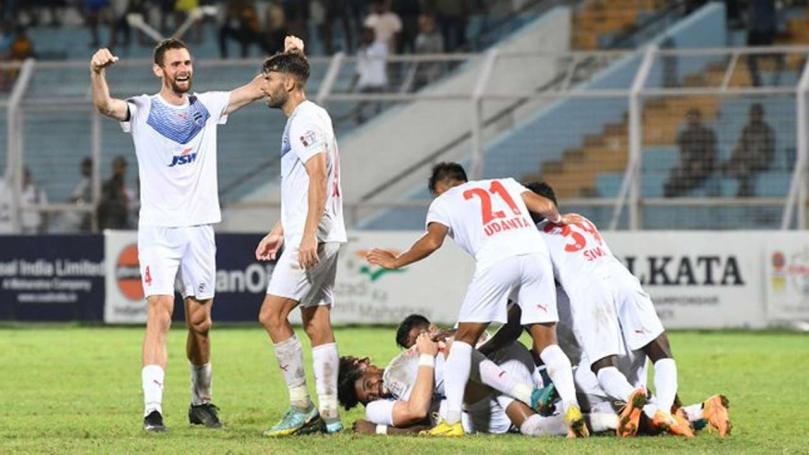 Frayed tempers marked play during the regulation time that witnessed as many as eight yellow cards and Odisha’s Shubham Sarangi getting the marching orders.

Despite the numerical disadvantage, Odisha FC fought hard but only to concede in the 98th minute with Siva Sakthi scoring his fourth goal of the tournament.

Odisha suddenly stepped up and looked a better team to bring the game back on an even keel with a well-placed header by Diego Mauricio from a Sahil Panwar free-kick in the 115th minute.

Just when the match was headed for a penalty shootout, BFC’s star recruit this season, Roy Krishna grabbed a fine win with a goal in the last touch of the game (120th).

Ralte made the blunder of putting the ball out of touch with seconds to go for the final whistle.

The quickly taken throw-in reached an unmarked Krishna about 25-yards out and the Fijian unleashed a powerful right-footed curler to beat Ralte all ends up.

Odisha will rue a couple of wasted opportunities in the extra-time. Aussie Osama got a free-header in the 103rd minute but his flick went straight to Gurpreet Sandhu.

Just before the end of the first half of extra-time, Pedro Martin got behind the BFC defence wonderfully off a Raynier free-kick, but with only Gurpreet to beat, botched his connection.

This was Bengaluru FC’s fourth straight semi-final in all their four appearances in the Asia’s oldest football tournament. But they are yet to win a title.

In search of the elusive Durand Cup title, BFC will take on the winners of Rajasthan FC and Hyderabad FC, in the semi-final on Thursday.

The other semifinal on Wednesday will be between Mohammedan Sporting and the winners of Sunday’s match between Mumbai City FC and Chennaiyin FC.