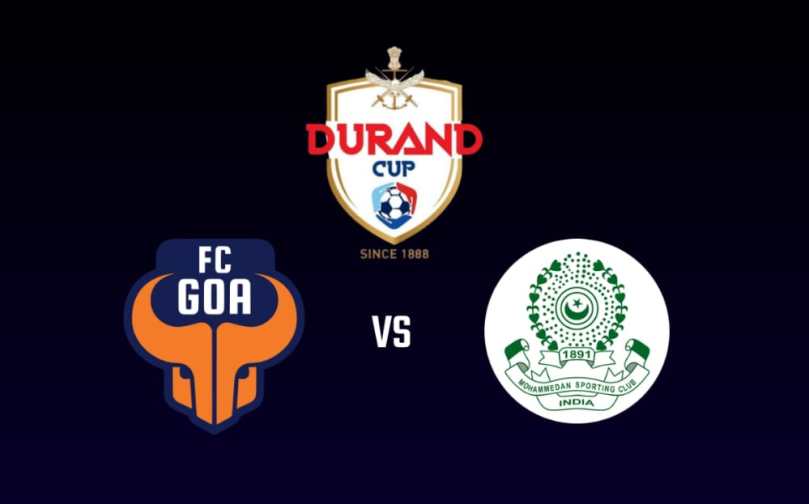 The Gaurs arrived at Kolkata for the tournament on Sunday ahead of the club’s third campaign at the Durand Cup, having previously played in the 2019 and 2021 editions. So far, the club have remained unbeaten in the tournament and would look to extend their solid run. Deggie Cardozo, the head coach of FC Goa’s Durand Cup squad is upbeat about the team’s chances in the competition.

Durand Cup LIVE: All you want to know about the Groups, FULL schedule, teams and LIVE Streaming on Sports18, Reliance Jio and VOOT

“Our players have trained well and are in good spirits. They are aware that playing in the prestigious tournament is a good opportunity for them, and are hence keen to create an impact,” he said, ahead of the team’s clash against the Kolkata-based club.

“Our training session on Monday was quite fruitful. The whole squad worked in unison and we were able to discuss some key areas as far as preparation for the games are concerned.”

The Boys in Orange, coming to the tournament also with the tag of the defending champions, are expected to play out their campaign opener in front of packed stands. Cardozo added that this serves as extra motivation for the team.

“We are not under any pressure. Our objectives are clear – be the best versions of ourselves and try to get the trophy back home. Playing in front of the fans would inspire us more and help us remember what we’re here for, and we look forward to having a great match against Mohammedan SC,” he commented.

“We intend to take the three points home on Monday, as that will give us an added boost. Starting on a strong note is important, as it will set the tone for the rest of our campaign.”

Lesly Rebello, the team captain also weighed in as he said, “We would love to defend our title. Keeping that objective in mind, we have been giving it our all in training and hence we hope to have a good set of games.”

“Another thing that I look forward to is playing in front of the fans. As a footballer, you dream of such situations. On Monday, we intend to make the most out of the opportunity and convert their presence to a motivating factor that will help us go the extra mile for a win and three points,” the 22-year-old added.

The clash between FC Goa and Mohammedan SC will take place at the Vivekananda Yuba Bharati Krirangan, popularly known as the Salt Lake Stadium, in Kolkata, and is slated for a 6:00 PM kick-off.