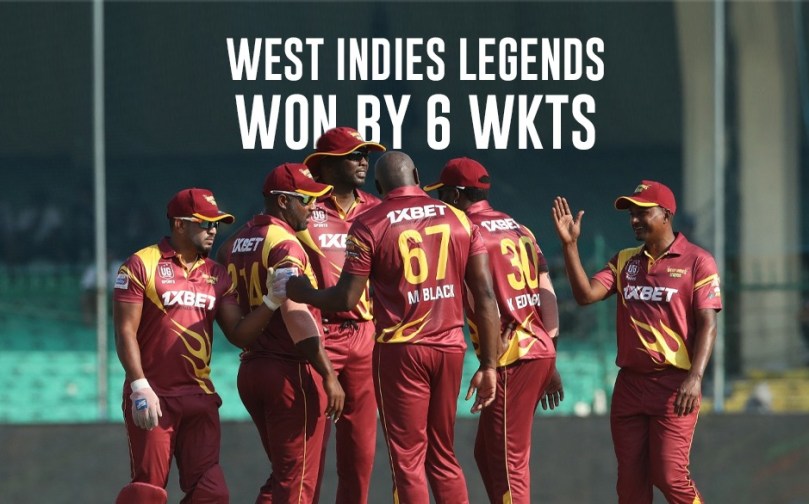 BD-L vs WI-L Highlights: Bangladesh-L vs WestIndies-L Highlights: Windies Legends win by 6 wickets: WestIndies Legends have thrashed Bangladesh Legends by 6 wickets in the second match of Road Safety World Series. Dwayne Smith was the star for Windies in the match. After bagging three wickets for 7 runs, he smashed 42-ball 51 to chase the paltry 99-run target with 28 balls to spare. Follow RSWS 2022 LIVE Updates on InsideSport.IN.

In the absence of their regular captain Brian Lara, stand-in captain Dwayne Smith led from the front and helped his team register a big win with 28 balls to spare in the first doubleheader of the day. 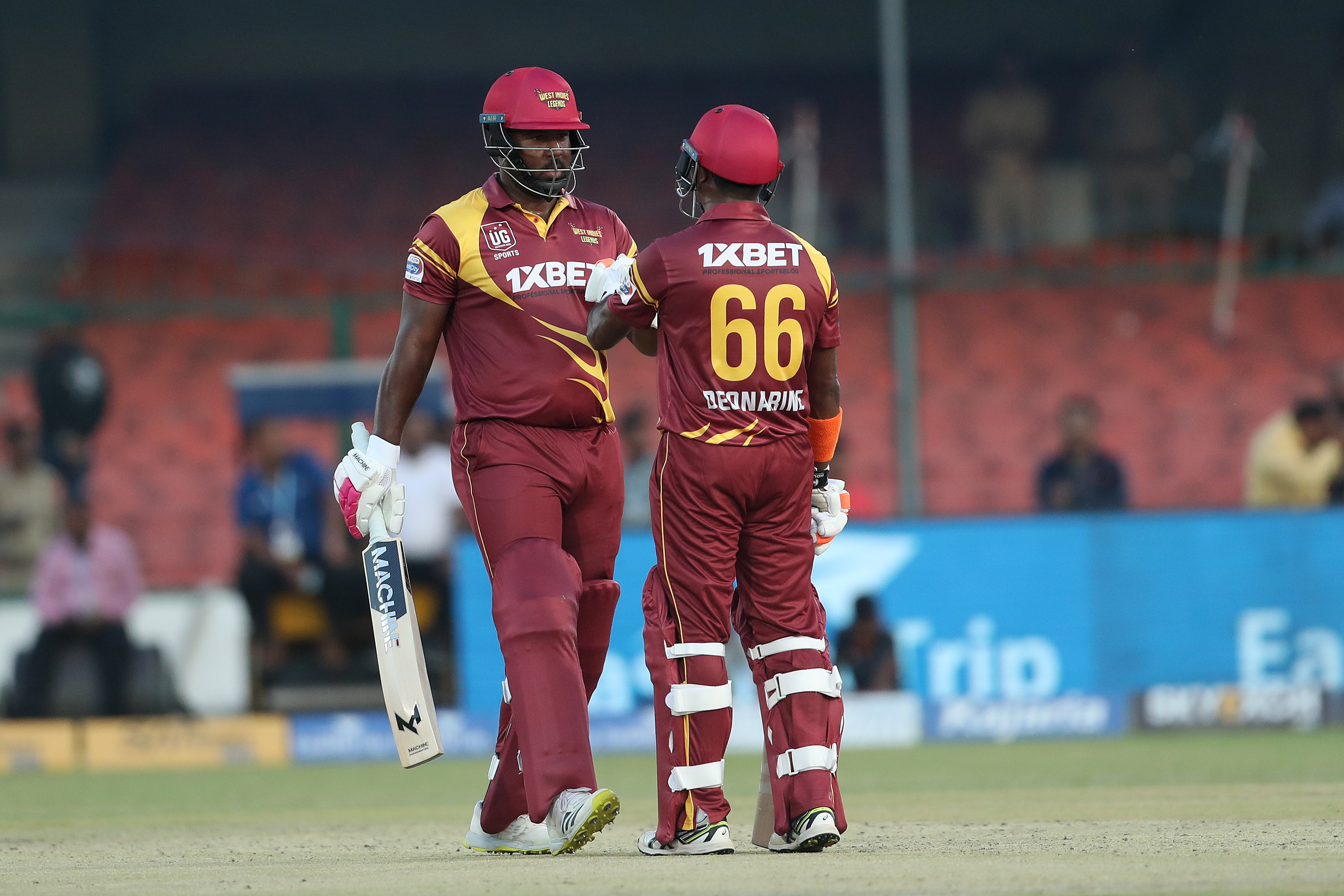 Chasing a paltry 99 at a run rate of 4.64, West Indies were off to a confident start and despite losing opener Dave Mohammed cheaply, his partner Dwayne Smith kept scoring at a good pace in the powerplay. Smith — who is known for his aggressive batting style in the T20s – smoked Mohammed Sharif for a maximum over mid-wicket as West Indies went past the 50-run mark inside eight overs.

Smith held the fort at one end and did the bulk of scoring as he shared a partnership of 41 runs with Narsingh Deonarine (8) for the second wicket. Smith’s innings, however, came to an end for 47 as he was trapped in front by Alok Kapali.

The West Indies lost one more wicket after Smith’s departure but there was hardly any pressure on his side in the run chase and they kept cruising and finished the game in 15.2 overs with Edwards finishing it off in style with a six over long-on.

Earlier in the day, captain Shahadat Hossain’s decision to bat first under scorching heat backfired as Bangladesh were bundled out for a paltry 98 in 19.4 overs. The entire Bangladesh batting lineup failed to offer any resistance to the clinical West Indies bowling attack. 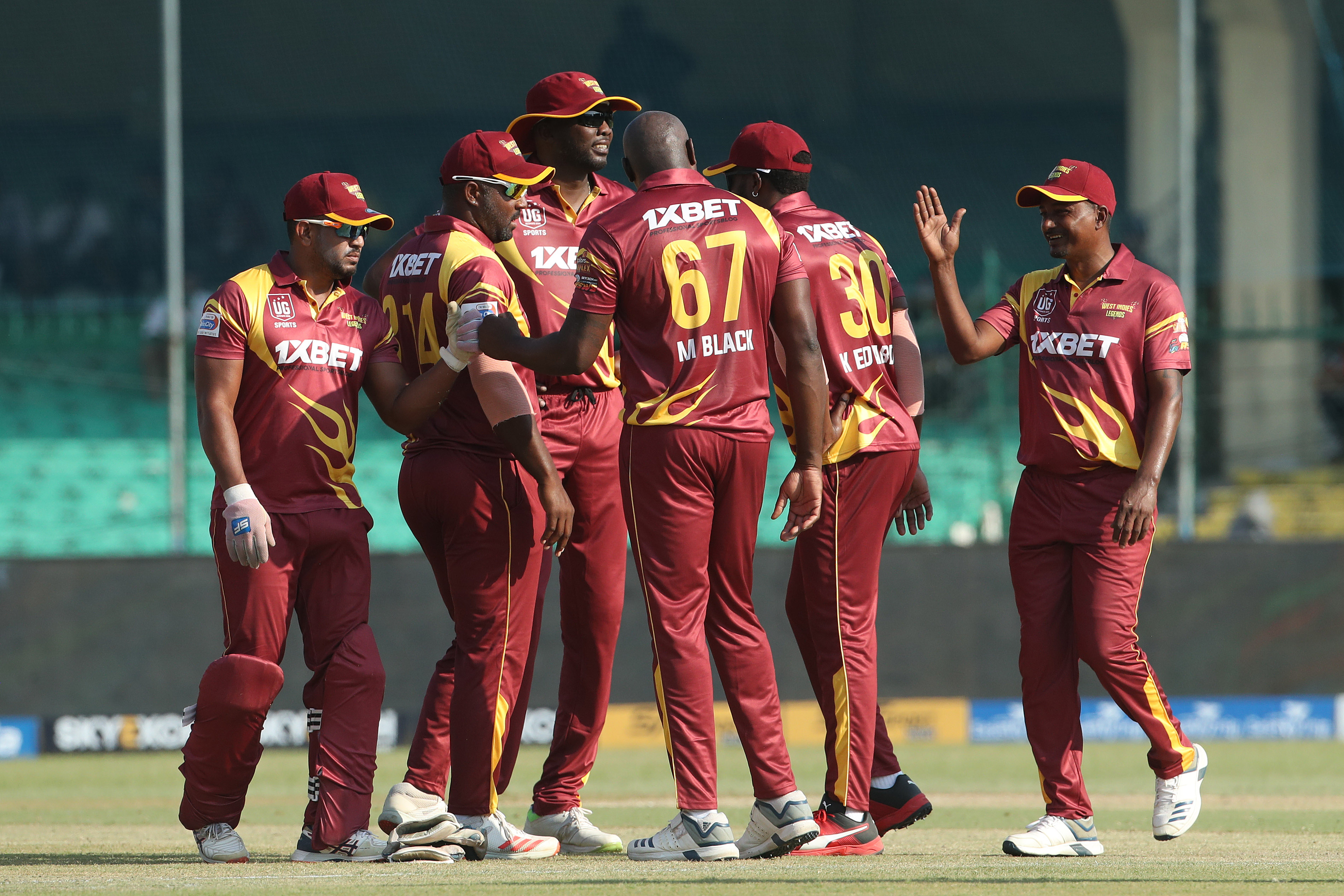 No Bangladesh batter could touch the 30-run mark. Wicketkeeper-batter Dhiman Ghosh was the top-scorer for the side as he remained unbeaten on 22 off 27 deliveries. Three more batters could cross the double figures while seven were dismissed inside 10 runs.

Krishmar Santokie was the most lethal bowler in the innings as the left-arm pacer picked up three wickets from 2.4 overs and conceded just seven runs. The spin trio of Sulieman Benn (2/20), Dave Mohammed (2/22) and Devendra Bishoo (1/23) picked up wickets at regular intervals and didn’t allow the Bangladeshi batters to free their arms. Only two sixes and four boundaries were hit in the entire innings. 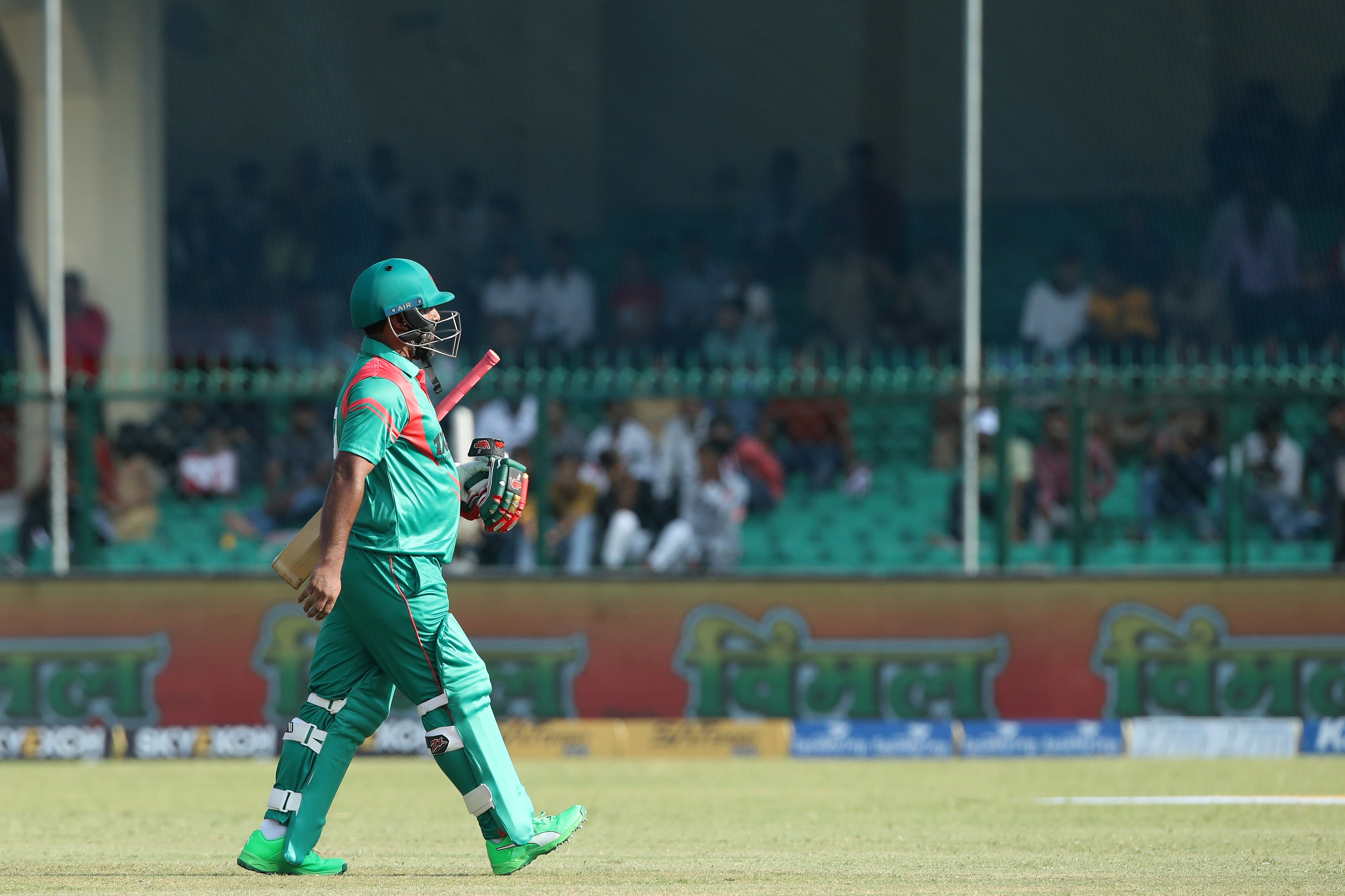 Perkins finishes with a six! 💥