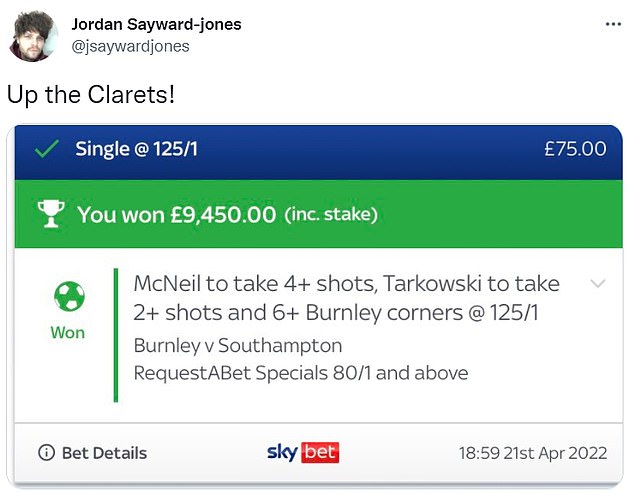 ‘Up the Clarets!’: Lucky punter bags £9,450 from a bet on Burnley – including centre back James Tarkowski to have two or more shots – just months after he claimed £98,000 on accumulator

A punter earned almost £10,000 after winning a remarkable bet in the last few minutes of Burnley’s 2-0 win over Southampton.

Jordan Sayward-Jones staked £75 on a Sky Bet RequestABet special at odds of 125/1 before Thursday night’s game at Turf Moor. 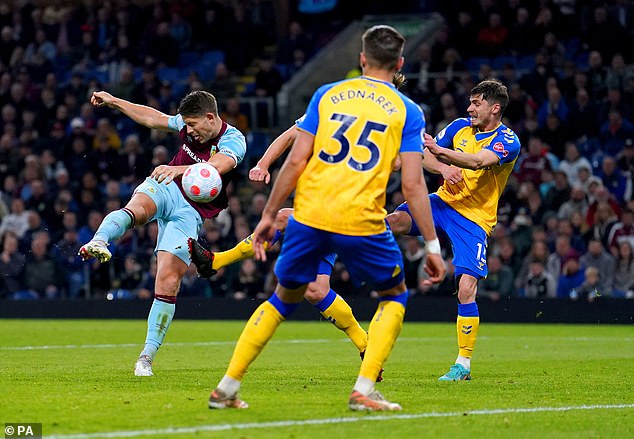 In their first home game since sacking Sean Dyche, the Clarets had racked up six corners just ten minutes into the second half – meaning all eyes were on McNeil and Tarkowski.

As the clock ticked into the last five minutes of the game, the winger had three shots to his name and the defender had one and it seemed unlikely that both would have another as Burnley defended their two goal lead.

But the relegation strugglers won a corner which Tarkowski came up for and got a shot away, leaving McNeil to bring the bet home.

With Matthew Lowton poised to come on for the 22-year-old, it looked as though Sayward-Jones’s ambitious punt would fall at the final hurdle. Yet there was one more triumphant twist. 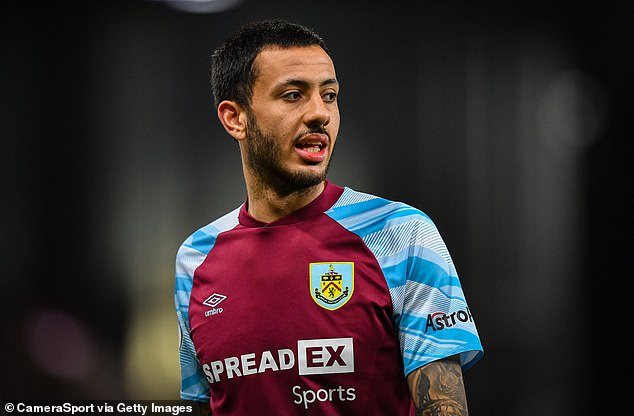 Dwight McNeil’s final touch of the game – a wayward shot – brought the bet home for £9,450 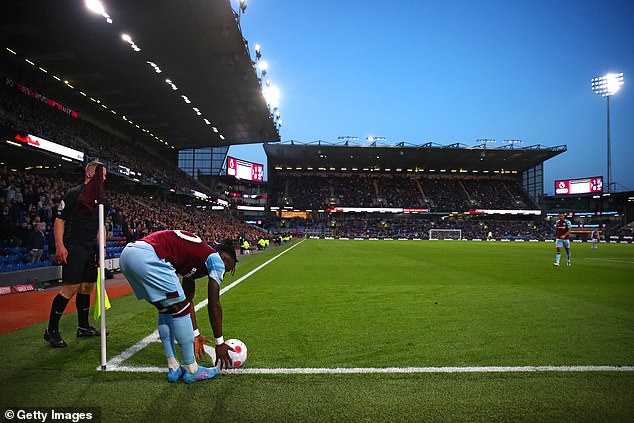 In his final touch of the game, and seconds before he was substituted, McNeil curled a strike over the bar from just outside the penalty area to earn the punter £9,450.

Incredibly, the bet was Sayward-Jones’s second big win in the space of six months after he bagged £98,000 on card betting.

Responding to a comment on Twitter, he said: ‘I had pretty much written it off as McNeil had only three shots and was about to be subbed.

‘Luckily his final touch was a shot and Tarkowski then had his second in the same phase of play.’