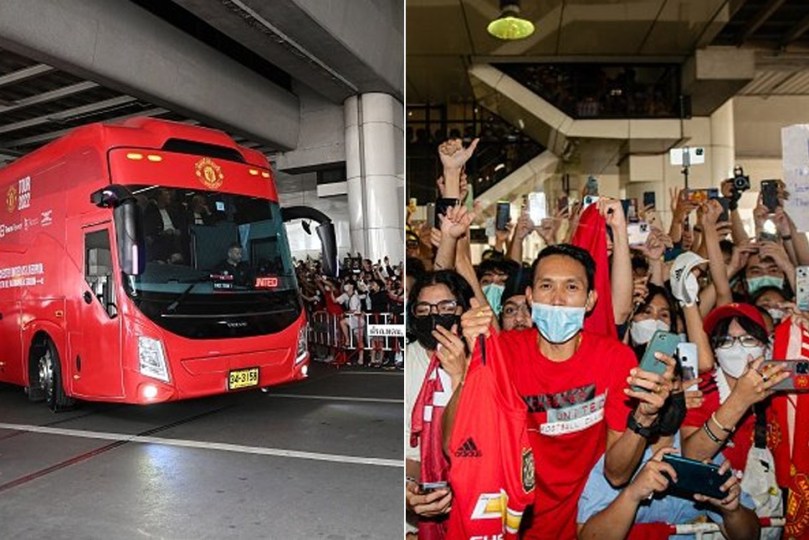 “United! United!” they shouted when the English Premier League side arrived.

“I’m a bit disappointed that Ronaldo did not join the trip. I still admire him though, because he’s my idol,” said Adthapong O. Charoenkul, 32, who was among the first in line at Don Muang airport.

Manchester United and Liverpool face off on Tuesday, the Southeast Asian nation’s first overseas match since the pandemic began. Liverpool are expected to arrive at noon (0500 GMT) on Sunday.

The pre-season friendly is part of the teams’ tours before the top English soccer league’s season begins next month. United will then go on to Melbourne and Liverpool to Singapore.

“Erik ten Hag is an inspiration to the team. There are lots of rules that players have to adapt to the new coach and new strategies,” said Adthapong, who has supported the team since 1999. The coach “will manage to bring the team to second place in the upcoming season.”

Organisers sold tickets for as much as 25,000 baht ($700) to the match, scheduled to feature a performance by Jackson Wang of K-POP boy band GOT7.