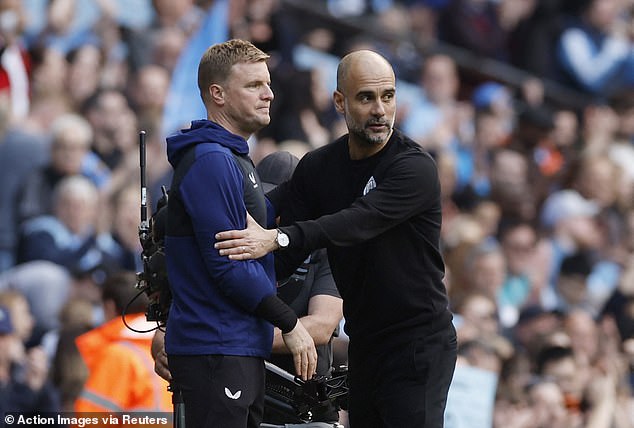 Eddie Howe admits there is a ‘huge gap’ between Newcastle and Manchester City, but warns the club must be ‘very careful’ not to change ‘too much, too quickly’ despite their new-found wealth

Given they have as good as sprinted the second half of a marathon, there is no great shame in Newcastle’s race appearing to be run.

They have been on TV in recent weeks more so because of interest in the opposition, and not because of wider fascination in their own top-flight peril. Such jeopardy evaporated in early March when they took 20 points from 24. For that, they deserve enormous credit.

But even allowing for tired limbs and fuzzy minds, afternoons such as this at Manchester City – as well as last weekend’s 1-0 defeat by Liverpool – do serve as a reminder of how far Newcastle must journey before they are considered genuine rivals of such opponents. 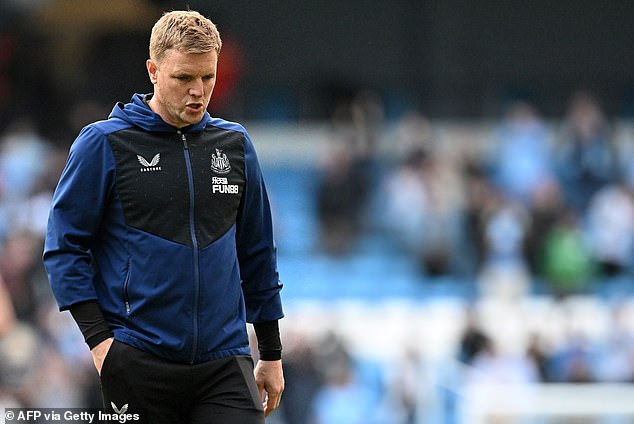 This analysis would be pointless had Newcastle not declared their ambition to compete with the likes of City, cosy 5-0 victors here. But contending for titles is where the Saudi-backed Magpies want to be, and not at some distant day in the future.

Their form this calendar year – only City and Liverpool had been better prior to May – might have suggested an acceleration in making a grab for the coattails of the top two.

In reality, they are miles behind. So are everyone else, of course. But if Newcastle thought that Eddie Howe’s meticulous management and gradual investment would bridge the gap to City and Liverpool in the next three-to-five years, they are probably mistaken. The cold truth is that revolution and not evolution – the owners would prefer the latter – is the only way to play catch-up over a truncated period.

Howe disagrees, perhaps as much in the knowledge that Newcastle’s transfer spend this summer will not be as lavish as some expect. 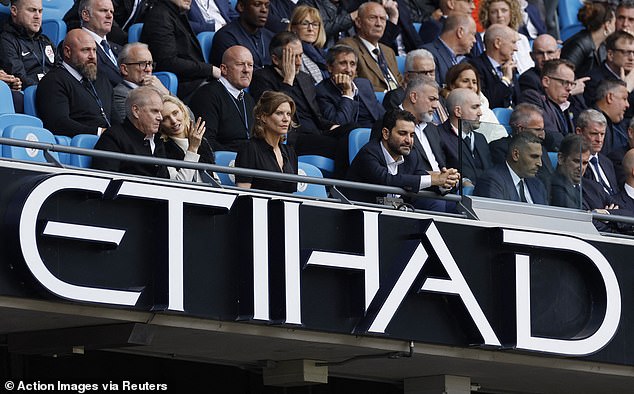 ‘There is a huge gap between us and Liverpool and Manchester City, but that would be the same for most clubs in the Premier League,’ he said.

‘We have to try and close that gap through the seasons. That requires evolution, not revolution. You have to be very careful you don’t change too much, too quickly.

‘We are looking to improve in every transfer window. But it has to be small, gradual steps, there is no magic wand or quick fix. It is hard work and smart moves in trying to improve the team.’

The approach Howe discusses will require patience. He is absolutely the right manager to oversee it based on the evidence of this season, but there will come a point where he and the owners have to abandon caution and make a serious play for gatecrashing the established high order – that, remember, is their on-the-record intent. 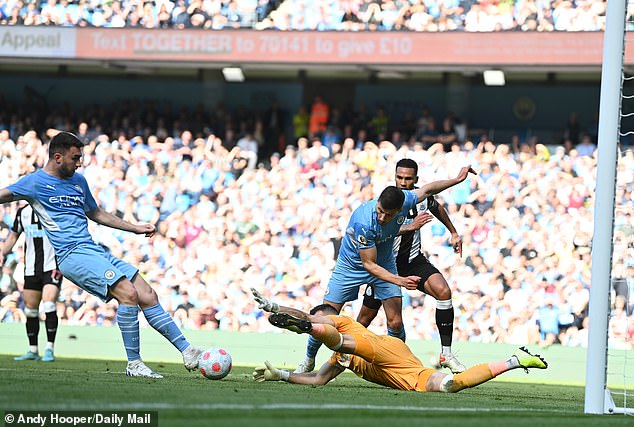 One radical move we understand the hierarchy are willing to explore is the sale of Allan Saint-Maximin. On current form – not to mention ill-advised interviews in which he appeared to criticise his team-mates last week – he deserves to be dropped.

Maybe the motivation in playing the forward is to keep him the shop window. If so, they had better ready the discount tags, for recent displays against Liverpool and City have shown why he at times lacks the wit to make a difference at such an elevated level.

Saint-Maximin says he would be better in a better team. True, of course. But the better teams don’t want him and the teams that do cannot afford Newcastle’s £50million asking price. The likelihood, then, is that Howe must find a way of bringing about an improvement in the discipline and output of the Frenchman. At least there is real talent with which to work.

The same cannot be said of others under his charge. Harsh? Maybe. They are honest and hard-working and have performed exceptionally in recent months. 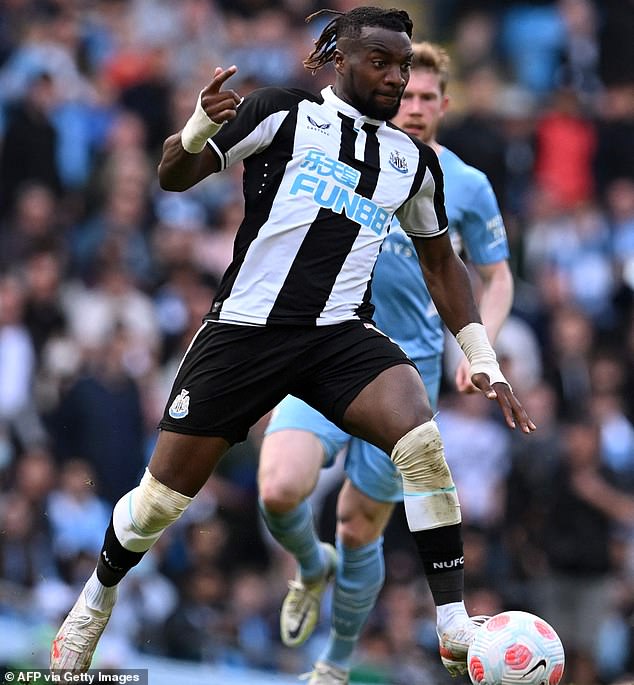 But behind his blue eyes, Howe has a darker stare. He used it when stating the following at the Etihad on Sunday evening.

‘Players that you love and have a great relationship with, they sometimes have to leave for the benefit of the team,’ he said.

Howe will have to be as ruthless as the previous passage suggests if Newcastle are to close the gap on Liverpool and City.

To that end, perhaps the last two matches have been no bad thing.