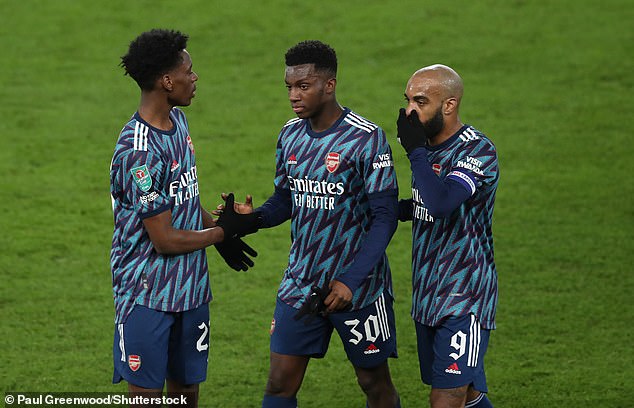 ‘You think you are the f***ing only one not playing my friend?’: Eddie Nketiah hits back at Arsenal team-mate Albert Sambi Lokonga and tells him to ‘stop feeling sorry’ for himself over lack of playing time in memorable All or Nothing Episode

Eddie Nketiah has told his team-mate Albert Sambi Lokonga to stop feeling sorry for himself over his game time under Mikel Arteta in a recent episode of Amazon’s All or Nothing documentary.

Nketiah – who has also seen his minutes reduced – responded to his Gunners team-mate’s complaints in a season where he started only 14 times by reminding him that he is not the only one out the team, after only 12 starts last season himself.

An academy graduate, Nketiah has made his desire to become the club’s No 1 striker clear but has seen his place in the side further threatened by the recent arrival of Brazilian Gabriel Jesus.

Lokonga had refused to answer questions about how he was feeling from Nketiah, Nuno Tavares and Emile Smith Rowe in the Gunners’ canteen, which left team-mates commenting on how his mood had changed since his summer arrival.

The Belgian then explained his grumpiness by saying: ‘I was playing!’

And the England Under-21 goalscoring record-holder responded: ‘So what my friend? You think you’re the only man not f***ing playing my friend? 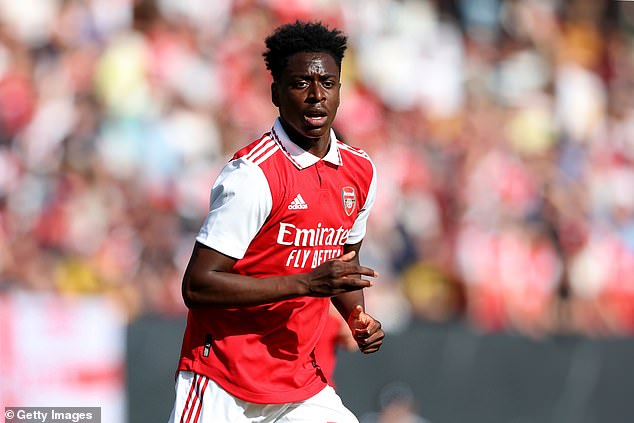 Eddie Nketiah telling Lokonga to stop feeling sorry for himself for not playing and to wake up. “You think you are the fucking only one not playing my friend huh?” 😂

Eddie’s had to deal with this for much longer than Sambi. He doesn’t even want to hear it#AllOrNothingArsenal pic.twitter.com/36IvBEnmE9

‘Stop feeling sorry for yourself.’ 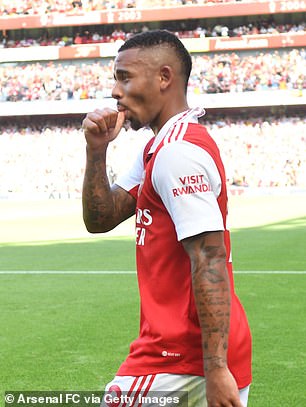 With Arsenal out of European competitions last year, and a disappointing early exit in the FA Cup after a 1-0 away loss at Nottingham Forest, the Gunners played fair fewer games than they might regularly expect.

And although a Carabao Cup run to the semi-finals gave some squad members a chance to start games, Lokonga and Nketiah were among those very disappointed with the amount of minutes they were given by Arteta.

Both players were given runs in the side towards the end of the season, after the departure of Pierre-Emerick Aubameyang and loss of form from Alexandre Lacazette vacated the spot up front, and an injury to Thomas Partey brought Lokonga alongside Granit Xhaka in midfield.

At Anderlecht Lokonga was one of then-manager Vincent Kompany’s star players, but has found it difficult to break into Arteta’s line-up, perhaps due to the huge step up in quality from the Jupiler Pro League to the Premier League. 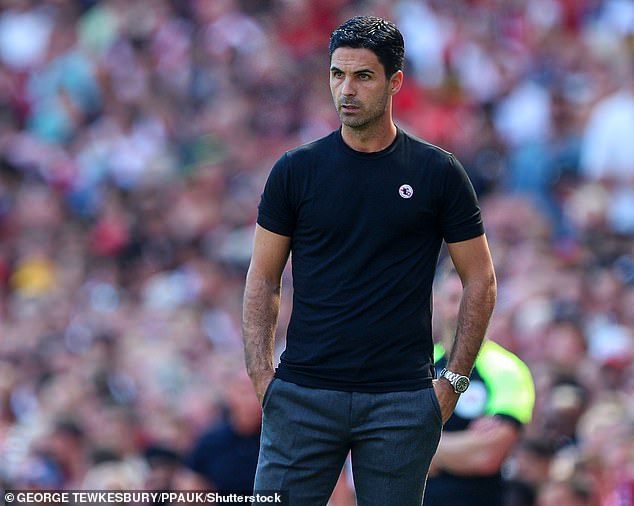 In all competitions last season the Belgian midfielder played 25 games, but only 1506 minutes, which equates to just over 16 full games in a season where Arsenal played 45, which would likely irritate any player.

From April 16 last season Nketiah started each of Arsenal’s last eight league games, scoring five goals as he came good on the faith shown in him before signing a new contract at the club under the impression that his playing time would be met.

But if this season is anything to go by his role in the team will likely continue to be reduced, playing just 13 minutes. Both Lokonga and Nketiah will be hoping that the return of Europa League football to the Emirates brings a more important role in the Arsenal squad, or they may begin to cast their eyes elsewhere. 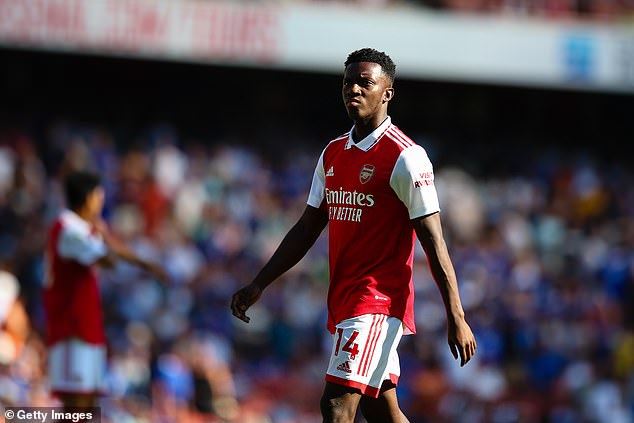