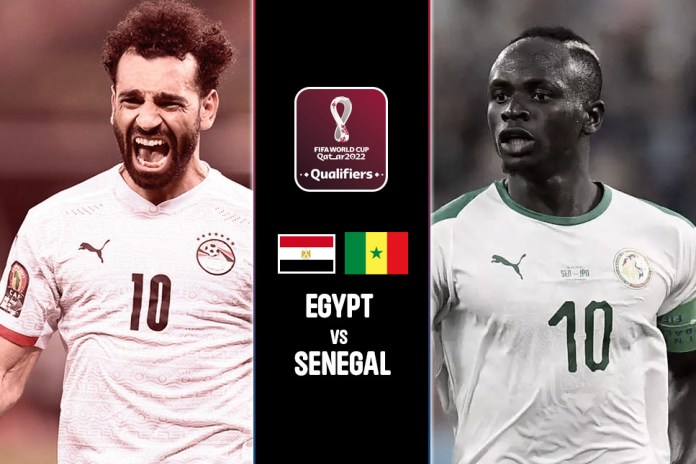 Egypt vs Senegal LIVE: Mohamed Salah vs Sadio Mane – Two months after Senegal beat Egypt to become the Africa Cup of Nations winners in a tough penalty shootout, Africa’s two elite teams face off each other in a two-legged clash for a place in the World Cup 2022 at Qatar. Stay updated with the latest team news, predicted lineups, H2H and live streaming/live telecast details. Follow InsideSport.IN for the World Cup news and updates.

Who will reign in the end: the Pharoahs or the Lions of Teranga?🧐#WorldCup | @EFA | @Fsfofficielle pic.twitter.com/kuLr1w6Ymu

EGYPT TEAM NEWS: Queiroz has named an experienced 22-man squad for their double-header against the Lions of Teranga, including five foreign-based players like Omar Marmoush and Mahmoud Hassan Trezeguet.

Mohamed Salah, who is currently the Premier League’s top scorer with 20 goals, remains the key man for the Pharaohs, and with 47 goals for the national team under his belt, he will certainly be one to keep an eye out for.

The Liverpool forward should be supported up top by the Turkish Super Lig duo of Galatasaray’s Mostafa Mohamed and Istanbul Basaksehir’s Trezeguet, while Mohamed Elneny continues to anchor the midfield.

On the injury front, Egypt will be without the services of Ahmed Hegazi and Akram Tawfik, who have been been out of action since the Africa Cup of Nations, while Ramadan Sobhi and Mohamed Hany continue their journey to full fitness.

Cisse has called up a similar side that stormed to the AFCON title back in January, including the Premier League duo of Chelsea goalkeeper Edouard Mendy, Liverpool winger Sadio Mane and Watford’s Ismaila Sarr.

That being said, Mane will once again play a vital role for Senegal at the attacking end of the pitch, teaming up with Sarr and Famara Kouyate.

In midfield, Nampalys Mendy and Cheikhou Kouyate were ever-present for Senegal at the Africa Cup of Nations, making five starting appearances each, and they should receive the nod once again.

Having conceded just two goals en route to the continental crown, Senegal have their defence to thank for their stellar performance in Cameroon and we should see a similar back centre-back pairing of Kalidou Koulibaly and Abdou Diallo shielding Mendy in goal.

Egypt vs Senegal LIVE: When and where to watch FIFA World Cup Qualifiers Live streaming?

When will Egypt vs Senegal kick-off? Date

The World Cup qualifiers match between Egypt vs Senegal will kick-off on 26th March, 2022

What time will Egypt vs Senegal kick-off? Time

Egypt vs Senegal will kick-off at 1:00 AM

Where do I watch live streaming of Egypt vs Senegal in India?
There are no official broadcasters or live streaming options for CAF FIFA World Cup 2022 fixtures in India. But the fans can follow the social media pages of all the teams and players to catch up on live scores.