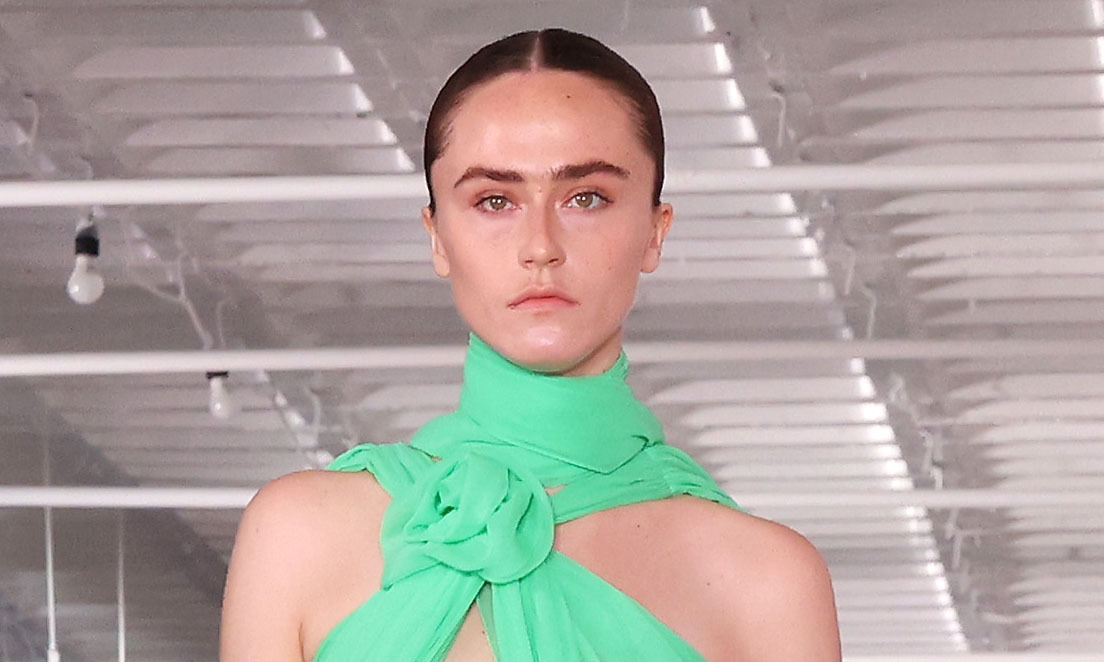 Ella Emhoff made a bold statement on the runway during New York Fashion Week, thanks to Prabal Gurung.

While walking in the designer’s Spring 2023 fashion show at the United Nations Plaza, the stepdaughter of Vice President Kamala Harris went instantly viral for her daring top: a sheer green piece crafted from yards of see-through tulle. The high-necked piece featured a revealing upper bodice, knotted in a rosette before flowing across the wearer’s chest to create a bold front cutout with a dramatic train. For added edge, Emhoff’s look was paired with a black leather micro-miniskirt that featured a similar wrapped rosette on its side. Finishing her look were long black leather gloves, as well as an intricate sparkling floral diamond cuff bracelet.

When it came to footwear, Emhoff wrapped into an equally daring set of shoes: lace-up heels. Her thong style featured soles with PVC toe straps, crossed with thin black leather straps that crossed and laced up from the front of her foot to her calves. The set created a wrapped effect, while remaining sleek and giving a barely-there appearance.