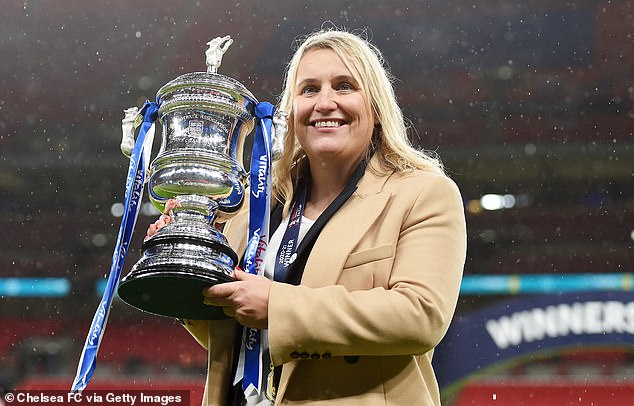 Chelsea were ‘simply purring’ after Sam Kerr scored their third goal of the afternoon to wrap up a convincing victory at Wembley.

Emma Hayes’ reference to cats, complete with purring noises, was likely a reference to Arsenal manager Jonas Eidevall’s comments ahead of Sunday’s final.

The Gunners boss had revealed his one superstition is to not let black cats cross his path before, saying: ‘If Emma sees this she will probably buy a thousand black cats with the money Chelsea have and send them all over our training pitch.’ 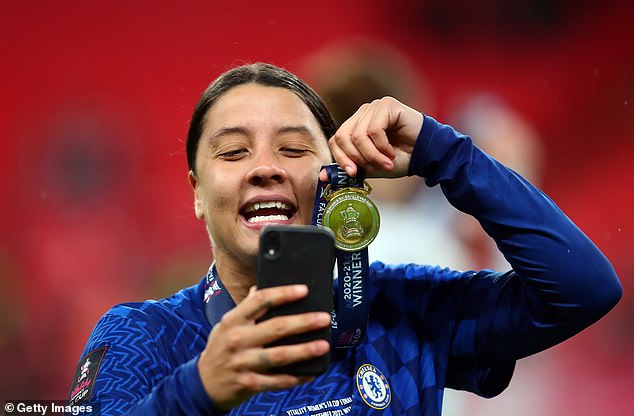 But black cats were the least of Eidevall’s problems. Kerr and Fran Kirby tore Arsenal’s defence apart and the Gunners failed to force Chelsea keeper Ann-Katrin Berger into a save.

‘Are we dominant – the most dominant team in England right now?’ Hayes asked. ‘Yes of course, a quadruple suggests that. I thought we were like a machine, everything about us – we just purred from start to finish. 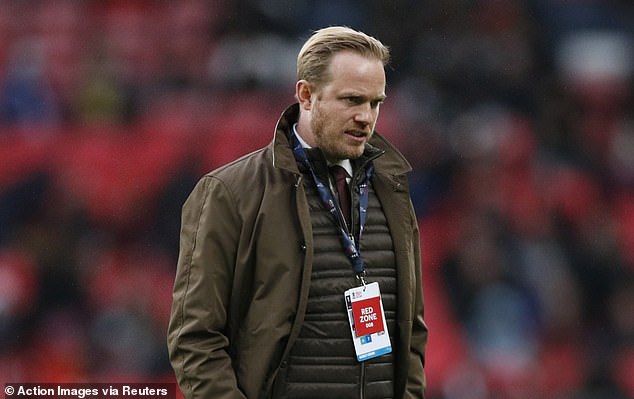 Hayes’ reference to cats after the match, complete with purring noises, was likely a reference to the comments from Swedish Arsenal manager Jonas Eidevall (pictured) ahead of the final

Kerr and Kirby were the match-winners, as they so often are, and Hayes lavished her two forwards in praise.

‘That was Fran’s best game in a Chelsea shirt, I thought she ran the show, she got on the ball in dangerous situations, she thread Sam in on numerous occasions, but also herself was a real threat, a real handful throughout the game. She’s a national treasure, so look after her.

‘I think Sam Kerr, so many wondered how she would handle the English game, as far as I’m concerned she’s the best striker in the world and she displayed that when it mattered most.’