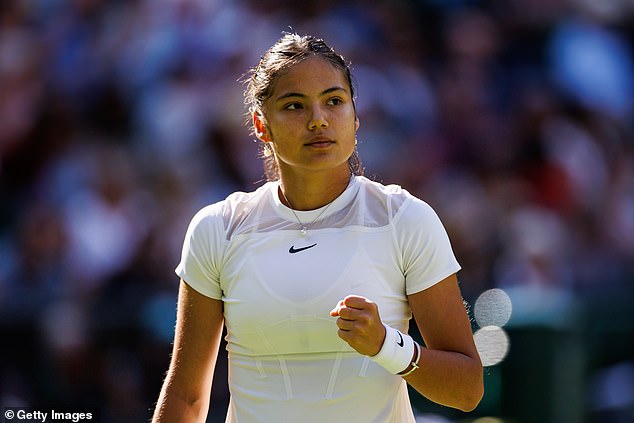 Emma Raducanu cherished her Centre Court debut as she put her troubled Wimbledon build-up behind her with a first-round victory over Alison Van Uytvanck.

The 10th seed’s participation in the tournament was in doubt until the weekend because of a side strain suffered at the WTA Tour event in Nottingham three weeks ago.

Coupled with the huge attention on the US Open champion’s homecoming and a tricky opponent, this was a major test, but Raducanu passed it impressively by claiming a 6-4 6-4 victory.

She jumped and yelled in delight when her final volley found the middle of the court and Raducanu was keen to stress afterwards that, while the external expectations on her shoulders extend far beyond first-round victories, this was very much an achievement to savour.

Raducanu said: ‘It wasn’t relief, it was just happiness. To play on Centre Court and get a win first time, it’s amazing. Now every time I go back, I’m just going to have a great first experience. That always helps.

‘I definitely took it in. I looked at the crowd, just saw everyone. The noise was just amazing to hear from the word go. When the crowd filled out a little bit as the match went on, even more so in the tricky moments. I think they really pulled me through some tough ones.

‘It was a tricky match because Alison is a great opponent. She hits the ball really low and flat, and it definitely suits this surface. I knew that going in I was going to have to play well. I’m pleased to have come through the tough moments.’ 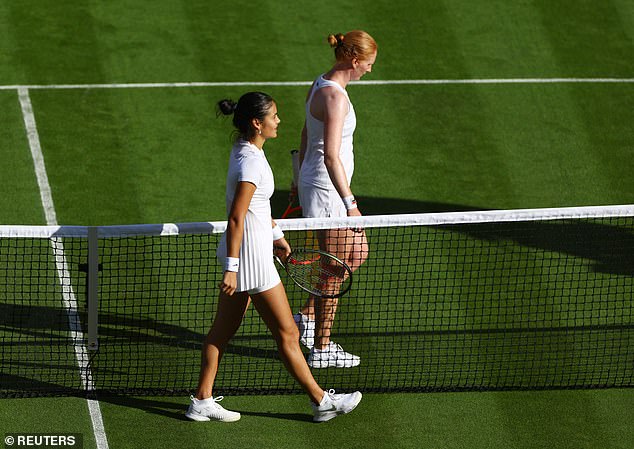 Raducanu won 6-4, 6-4 as she managed to beat Alison Van Uytvanck at Wimbledon 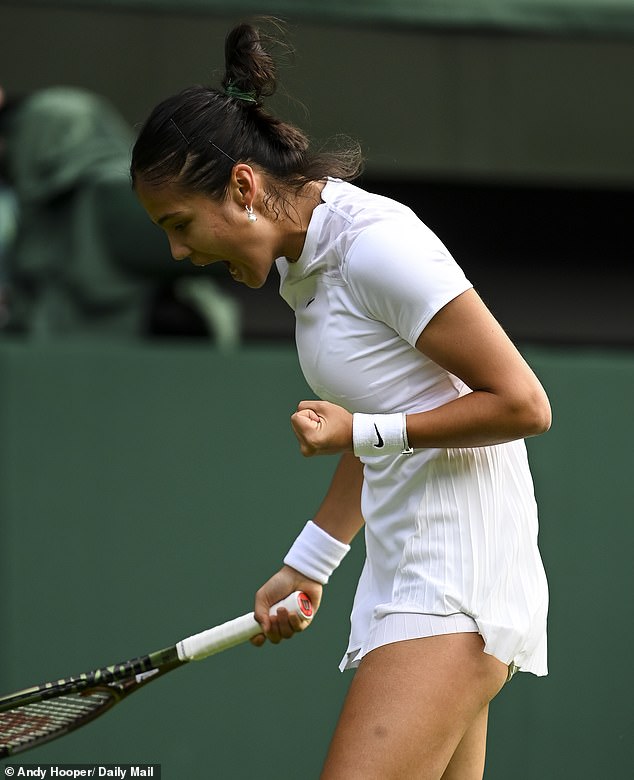 While the 19-year-old had given an upbeat assessment of her fitness and mindset at her press conference on Saturday, the stresses of a match, particularly such a high-profile one, are inevitably different to practice.

Van Uytvanck was certainly not the kindest draw Raducanu could have been given, with the 46th-ranked Belgian having won a grass-court title last weekend – albeit at second-tier level – in Italy, while she upset defending champion Garbine Muguruza on her way to the fourth round in 2018.

Both women saved break points in two long opening games but Raducanu, who was finding a few flashing backhand winners, got the better of three straight breaks and then saved two more break points before serving out the first set.

She missed six break points in the opening game of the second set and trailed 3-1 but hit back straight away and it was encouraging that, unlike her opponent, Raducanu held tough when she needed to. 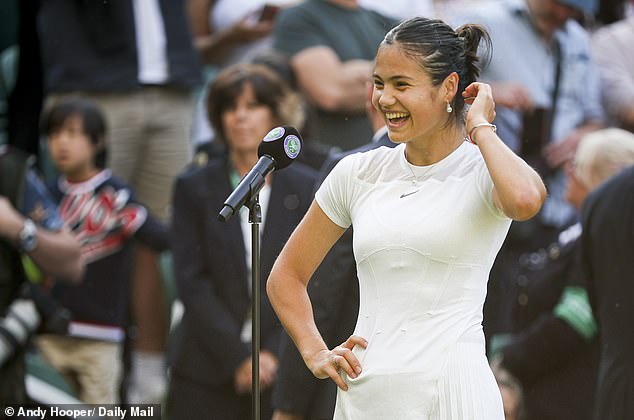 ‘I didn’t play tennis for two weeks, then this week I’ve hit like an hour a day,’ she said. ‘My preparation wasn’t necessarily the greatest.

‘But I know that, when it comes to the matches, I feel like I really especially switch on. I don’t feel like I need a massive amount of preparation. Of course, I do to build physically.

‘I think a lot of it is mental, and I definitely went out with the belief today. I know that I can compete with anyone on the other side of the court when I really go for it.’

Raducanu came into her post-match press conference wearing a T-shirt emblazoned with Rafael Nadal’s bull horns logo and is taking inspiration from the Spaniard’s heroics this season. 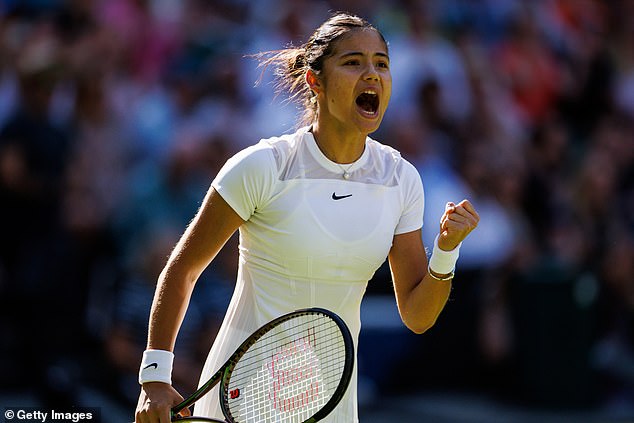 ‘I think Rafa just embodies fight, that sort of energy,’ said the 19-year-old, who next plays France’s Caroline Garcia.

‘That’s what I’m bringing in. I think that I have had a tough year, it’s no secret. It is all worth it just to go out on Centre Court and get a win like that.

‘I definitely am very happy to be here. All the lessons I’ve taken from the last year will only hold me in good stead for the future.’