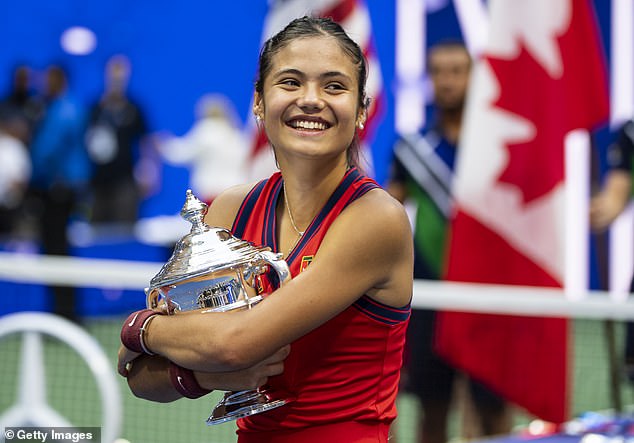 Spoiler alert: not everything Emma Raducanu touches is going to turn to gold in 2022.

Anyone expecting her to win a second Grand Slam, or perhaps even a second tournament of any sort this coming season, is likely to be disappointed.

It will, however, be fascinating to see how she fares in her first full year on tour. She remains a shining star, and could yet be a shaft of light for a sport that begins its new campaign at the end of this week shrouded in uncertainties.

Emma Raducanu is set for a tougher 2022 despite her stunning, surprise US Open success

Covid-related difficulties for tournaments, the departure of marquee names, the moral maze of relations with China – all are likely to be themes that unfold over the next eleven months for tennis.

As for Raducanu, she is likely to spend much of that time filling in the gaps in her development that were left open by her dizzying rise to fame this year.

It is interesting to revisit the words of Virginia Wade, the British woman she succeeded as a Grand Slam winner, after the Grande Dame of the GB game witnessed her reach the Flushing Meadows quarter final in September. 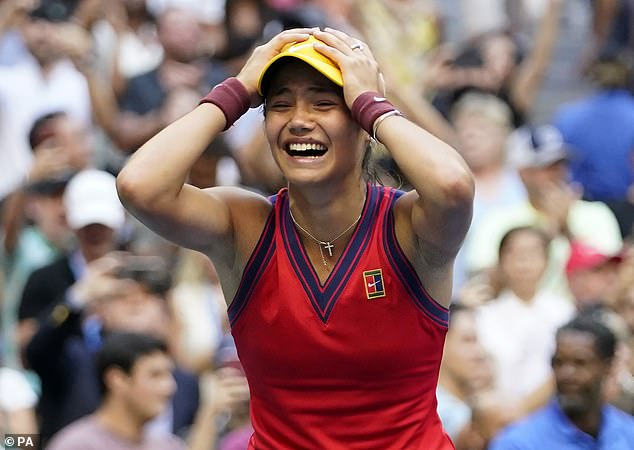 After purring over her technical ability Wade said: “She’s still got some physical development to do. Around 20 she will be okay, you just have to pace yourself.”

It was true then and it is true now. Having been in the classroom rather than the gym for much of her teenage years, Raducanu still has work to do on that front. Getting Covid in Abu Dhabi, for the second half of what was meant to be an off-season training block, will have slowed the process.

Eventually it will all come together, but patience will be needed. It may turn out that she will spend much of the season on a plateau, with a sharp learning curve facing her on the clay courts, and then we will see her rise again.

This does not refer specifically to her world ranking, for which the only way will be up until Wimbledon, given that she has no points to defend before then. 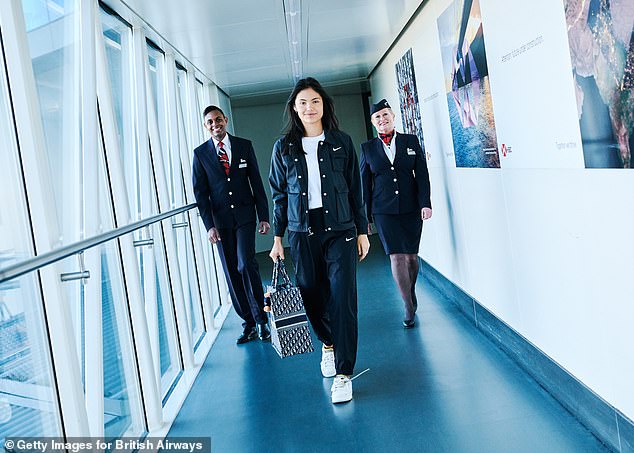 She can expect scrutiny over her commercial activities, but these remain kept in good check

She can expect a lot of scrutiny on her commercial activities, which will be married to her results, rightly or wrongly (Thanks, Eddie). She and her agents are at pains to emphasise that these will be kept in firm check, but good intentions may be tested.

With Jo Konta retired, Andy Murray has been bumped down the order in the public consciousness, but his prospects are fascinating, too.

If anything his ability to play on with a metal hip is an achievement that has been slightly overlooked in 2021, the admirable ascent of Cam Norrie to the fringes of the top ten also being a factor.

You get the sense with Murray that he may not be far away from regaining a semblance of past glories, and it could be that one decent week will be the catalyst. 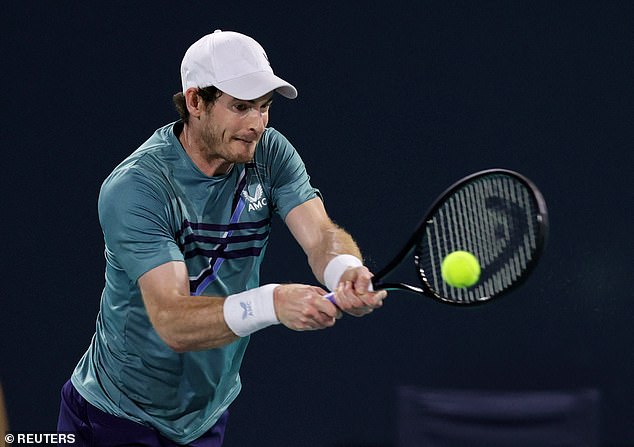 Andy Murray’s prospects are fascinating, although he will surely not win another Grand Slam

He will surely not win another Grand Slam, but it would not be a great surprise if he at least vies again for at least the British number one spot. After successful and exhausting seasons, Norrie and Dan Evans will both have done extremely well if they hold their ranking level in 2022.

Elsewhere there are at least a few to keep an eye on in the British game. Katie Boulter and Jack Draper ought to make a move, assuming they can stay fit, which cannot be guaranteed. It would be great to see Kyle Edmund shake off his long-term knee problems.

Things have looked much worse in the past for the British game, but only when there are at least four or five men and women steadily appearing in Grand Slam draws can the English patient be said to be recovering.

Matches are due to kick off in Australia on January 1 amid all the problems arising from Covid and, specifically, Novak Djokovic’s participation. One result that does appear predictable from Melbourne’s strict vaccination is that other tournaments elsewhere will follow suit. 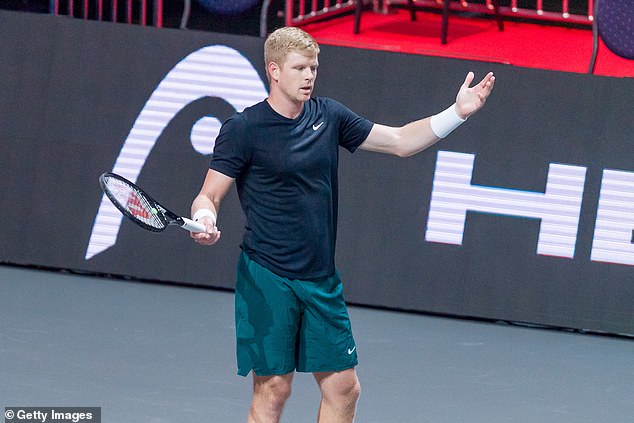 Players simply will not be able to travel across the territories they need to, and to the tournaments they want to play, without having been fully jabbed. This already looks a certainty at some in America.

Assuming that Djokovic is not in the mood for martyrdom he can be expected to overhaul Rafael Nadal and Roger Federer in the contest for most Grand Slam titles.

Given that his main rivals, Daniil Medvedev and Alex Zverev, look so incomplete as grass court players he should still be strong favourite at Wimbledon.

That may yet be the scene for emotional farewells from Roger Federer and Serena Williams. While both have become increasingly invisible they will leave holes that are impossible to fill. 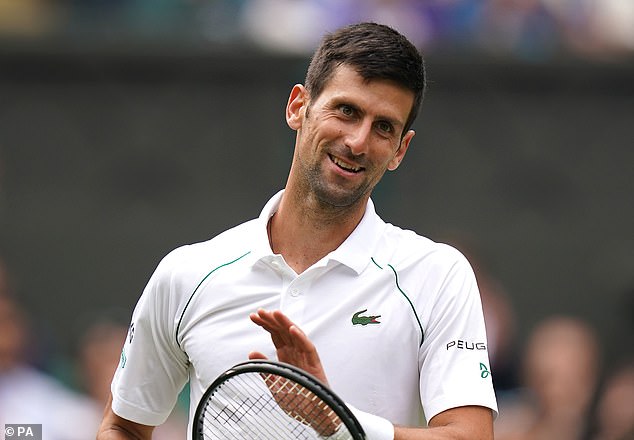 If tennis was better run in a more unified fashion, more innovative and less reactive, it would already be planning a proper strategy to make itself more appealing. Some version of F1’s Drive To Survive, for example, should already be in the making, but it is such a sensible and obvious idea it will probably take another ten years to materialise.

A test of tennis’s unity will come with the Peng Shuai situation. The question is if the ATP Tour will show solidarity with their female counterparts, who have gone so far down the road of principle that there is no turning back until her welfare is guaranteed.

Will the WTA get a dividend from the corporate sphere and much-needed new sponsorship to help plug any China gap? Given that the world is not Twitter that is far from assured.

There remains much to look forward to, and tennis can still rely on its sheer global spread. The women’s side is wide open, while among the men the inter-generational struggle is now more authentic. History shows that the old game always renews, if often in spite of itself.