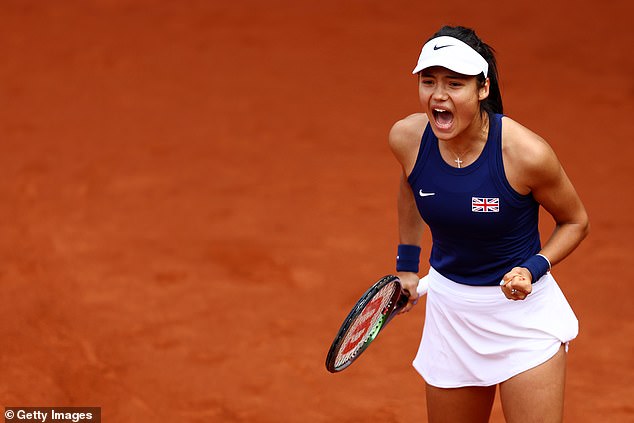 By Mike Dickson In Prague

Emma Raducanu produced her best performance since winning the US Open when she marked her senior clay court debut with a largely unexpected victory.

Representing GB for the first time at senior level, she levelled the World Group eliminator tie at 1-1 versus the Czech Republic in beating Tereza Martincova 7-5 7-5 on Stvanice island in the capital.

In relatively chill and blustery conditions Raducanu had plenty of fight and needed it against someone much more experienced on the surface. 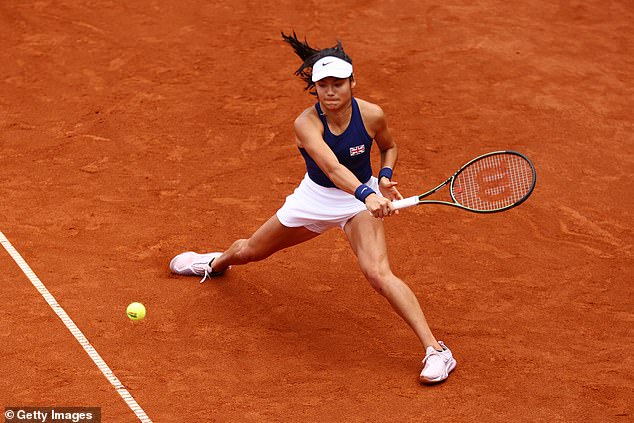 Martincova is no clay court specialist and at times it looked like a hard court match, but given that Raducanu has not played on the brown dirt since the French Open juniors of 2018 it was an outstanding effort.

‘This one means so much to be because it is my first match in the Billie Jean King Cup,’ Raducanu said. ‘To represent my team and come out here for my first professional match on a clay court is really amazing. We are still in this battle. It’s all to play for tomorrow.’

‘It definitely took some adjusting,’ Raducanu added. ‘The conditions were very windy and a lot of bad bounces. To adjust and adapt in the situation was very challenging. I am very proud of how I dug in. ‘

‘At the beginning of the second set I went a bit flat. Everyone in the team had told me my intensity had dropped. It’s tough when you’re in the match and you feel like it is slipping away from you and you try to regain that. I am very happy I managed to come through in the end.’ 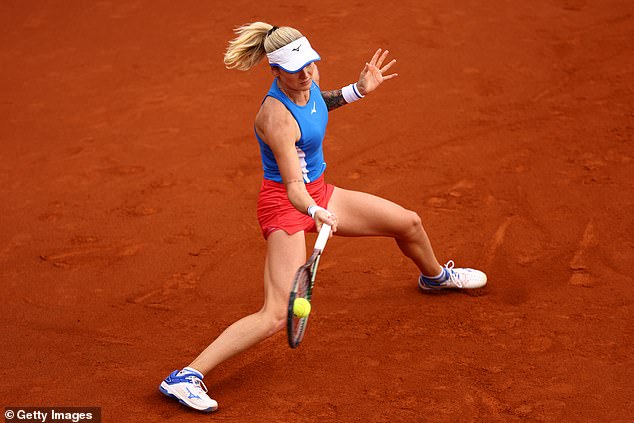 Raducanu started positively to take a 2-0 lead, but was pulled back as Martincova – one of the Czechs’ array of strong players in the top 50 – settled down to the task and gratefully accepted some double faults.

The 19 year-old from Kent saved a set point at 4-5 and then eked out the opener, the first time she had taken a set from a top 50 player since Flushing Meadows.

That was a reminder of how she has relatively struggled since, but this was also a timely nudge about the quality she has. The second set turned on a marathon game at 4-4 which saw Raducanu just about hold on to her serve.

That seemed to sap the resolve of the Czech, and Raducanu broke at 6-5 to achieve what will have been a hugely satisfying win.