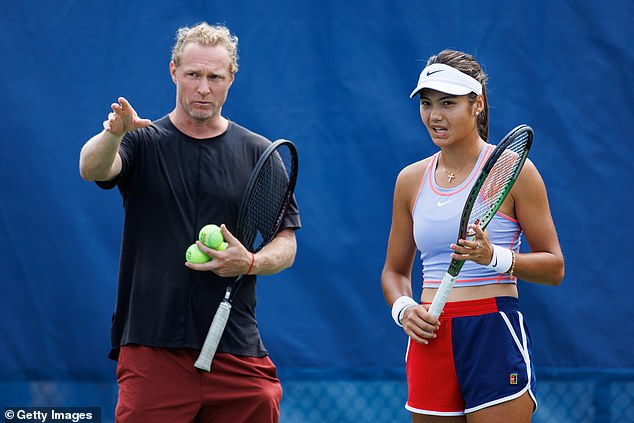 Emma Raducanu’s recently departed coach Dmitry Tursunov has broken his silence on why he walked away, citing some ‘red flags’ around the former US Open champion.

The Russian left Raducanu last month at the end of her regular season and has since joined Olympic champion and world No 13 Belinda Bencic.

Tursunov praised Raducanu, who turns 20 next month, on the Tennis Majors website for her potential and attitude.

However, he made clear a long-term arrangement was needed to bring out the best in her, and this was not forthcoming on the right terms.

His comments are unlikely to dispel the impression among coaches that there are difficult aspects around working for Raducanu and her family.

Tursunov said: ‘We didn’t agree on the terms and there were some red flags that just couldn’t be ignored. Our trial period was over at the US Open but I stuck around, trying to see if there was going to be a way to impress the team. I really wanted to make it work.’

Tursunov, a former top-30 player, had plenty of good things to say about Raducanu, now ranked 76 in the world, but believes she still needs schooling. 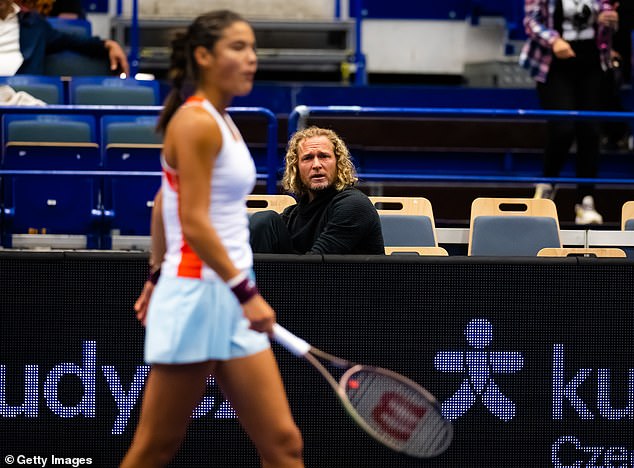 ‘First, she’s absolutely great, a hard worker and doesn’t think or act like a superstar. She’s extremely talented, very athletic and very coordinated. She is hungry to improve and is obsessed with tennis.

‘I loved working with her. It was a difficult decision to walk away. She’s minimum a one-year project but I would say she’s a two-and-a-half-year project. It’s hard for people to understand because she already won the US Open.

‘But her game is very raw and in many ways it could use a lot of improvement.

‘As I said to her and her team, you just need to have one voice. Try that. If it doesn’t work, you cross that off your list.’