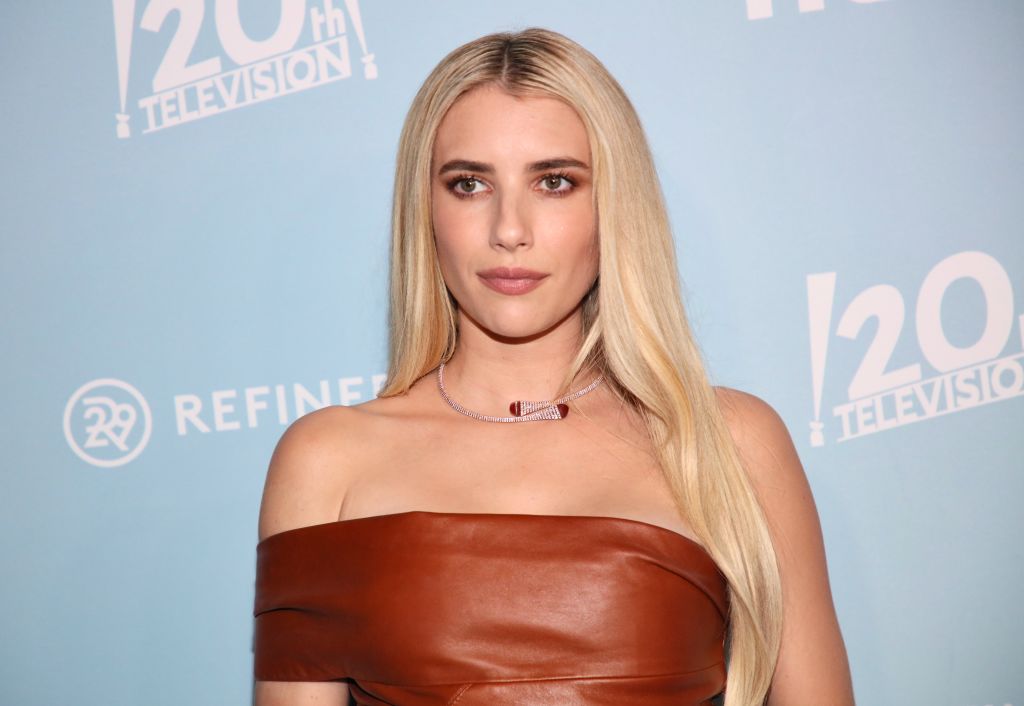 Emma Roberts dressed for fall at her latest event.

The actress hit the red carpet premiere of the new Hulu series, “Tell Me Lies” on Thursday night in LA. Roberts serves as an executive producer on the drama, which follows one young woman’s obsession with a charming man. To the screening, she wore a fitted camel-colored mini dress from Celine.

The dress featured ruching as well as one off-the-shoulder sleeve. She added a sparkly choker necklace to her outfit with red detailing as well as a small ring.

The “Scream Queens” alum slipped into a pair of classic pumps for the event. She wore black pointed-toe pumps. The satin heels featured a thin heel reaching at least 4 inches.

During her career, Roberts has also served as an ambassador for Tous, Finishing Touch and Neutrogena, a campaign star for Hugo Boss, Bergdorf Goodman, Levi’s and Fred, and collaborated on a jewelry collection with BaubleBar. She’s also a top star in the fashion world, attending the Met Gala and appearing in front rows for brands including Coach, Kate Spade New York, Louis Vuitton, Lanvin and Chloé during Fashion Month.

Click through the gallery to see Roberts’ best style moments over the years.