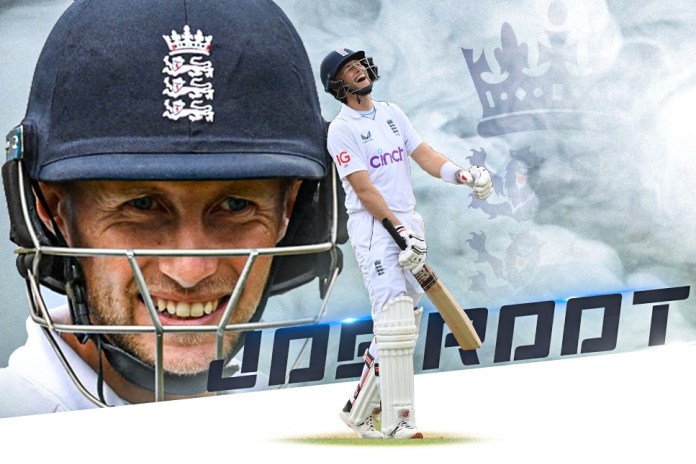 ENG vs NZ LIVE – Joe Root Most Test Runs List: Named ICC Test Player of the Year in 2021, Joe Root has continued his batting juggernaut as the former England captain scored yet another scintillating century on Day 3 of the ENG vs NZ 2nd Test. Having scored a match-winning hundred at Lord’s in the 1st Test, Root followed it up with another century to go past the legendary Sunil Gavaskar in the all-time run-scoring charts. Follow ENG vs NZ LIVE Updates on Insidesport.IN

Joe Root smashed his 10th century since January 2021 as England put on a commanding batting display at Trent Bridge on Sunday. The century was also the 27th of career, the most by an active men’s cricketer, alongside Virat Kohli and Steve Smith. And while Root has hit a purple patch, both Kohli and Smith have struggled, having not reached three figures since November 2019 and January 2021 respectively.

The effort on Sunday also took him one ahead in the list of all-time leading run-getters in Test cricket, surpassing the legendary Sunil Gavaskar. Gavaskar, who was the first to breach the 10k Test runs mark, had amassed 10,122 in his career, while Root’s 163* at the end of Day’s play took him to 10,178. The former England captain will hope to make merry of the conditions on offer when he resumes on Monday, with former Australian captains Steve Waugh and Alan Border ahead in the list.

Joe Root now NO. 12 in Most Test Runs List

At Stumps on Day of the ENG vs NZ 2nd Test, Joe Root was unbeaten on 163 off 200 balls, having scored his fastest century. The innings come after hiss heroics at Lord’s, where the former England captain scored an unbeaten 115 on a difficult surface to lead England to win.