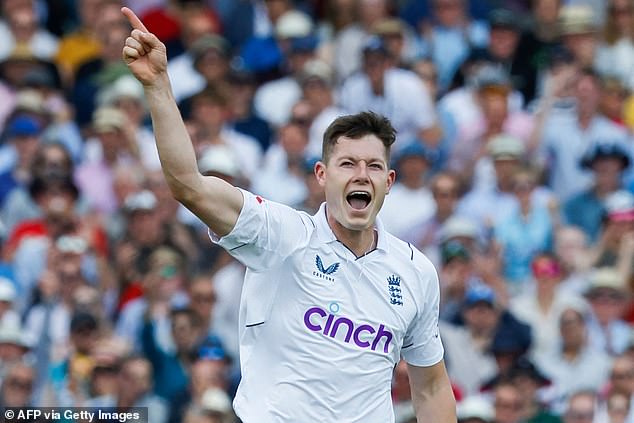 England are ‘going to attack the second day’ against New Zealand at Lord’s, vows Matt Potts – as ‘over the moon’ fast bowler reveals his elation after taking four wickets on Test debut

England’s new Test captain Ben Stokes was put through the wringer on a chaotic first day as 17 wickets fell against New Zealand at Lord’s.

His team reached stumps on 116 for seven, having earlier dismissed the world champions for 132. But Stokes was out for just one in a fast-moving final session, as England collapsed from 59 without loss to bring the tourists back into contention.

Much of the damage was done by Durham fast bowler Matt Potts, who removed New Zealand captain Kane Williamson with his fifth ball, and finished with four for 13 on his Test debut before leaving the field with cramp. 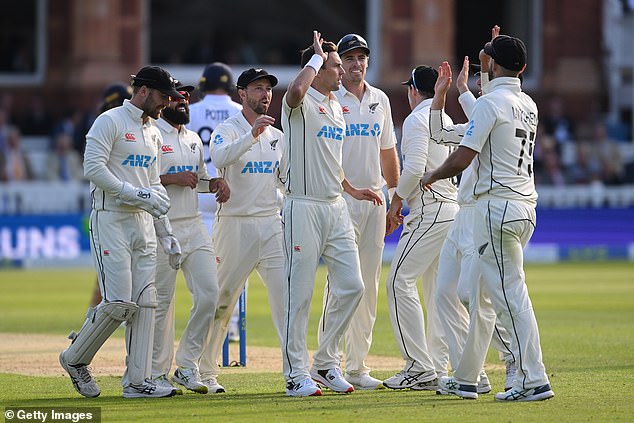 ‘We’re still in a contest to win a game of Test cricket here,’ he said. ‘We’ve got three wickets left, and we’re going to attack the second day. We’re going to throw our punches. If they throw us two, we’ll throw them four.’

Potts described his ‘elation’ after having Williamson caught behind for two to leave New Zealand 12 for four.

‘I mean, it was absolute elation. A Test debut at the home of cricket, in the pinnacle format, and then to get the New Zealand captain out fifth ball. I was absolutely over the moon and can’t put into words really how that feels. I know it probably meant an awful lot to me, and an awful lot to my family as well.’

A few hours later, Potts was out for a duck as England slid to 100 for seven.

‘Yes, it was a rollercoaster,’ he said. ‘Yes, I wanted to take the boots off and just put the feet up, but then again I’m batting eight.’ 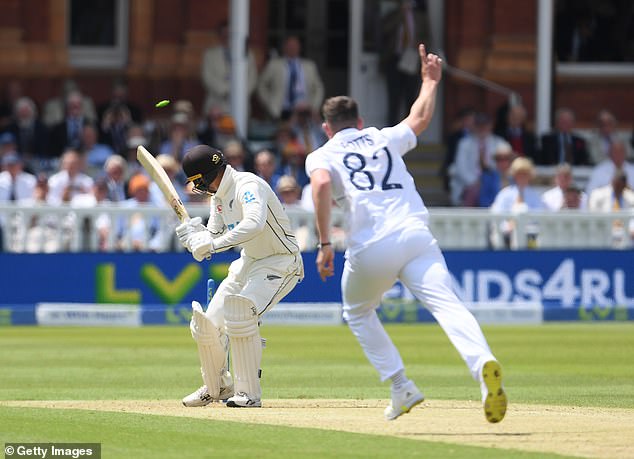