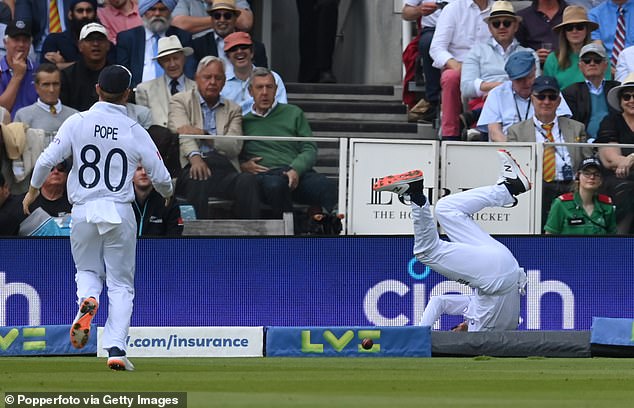 Matt Parkinson is set to make his long-awaited England debut after he was named as a concussion substitute for the injured Jack Leach in the Test against New Zealand.

Leach was withdrawn from the match after landing on his head while trying to save a boundary in the sixth over of the match at Lord’s.

It is a rare incidence of a cricketer being forced to pull out during a match with suspected concussion. 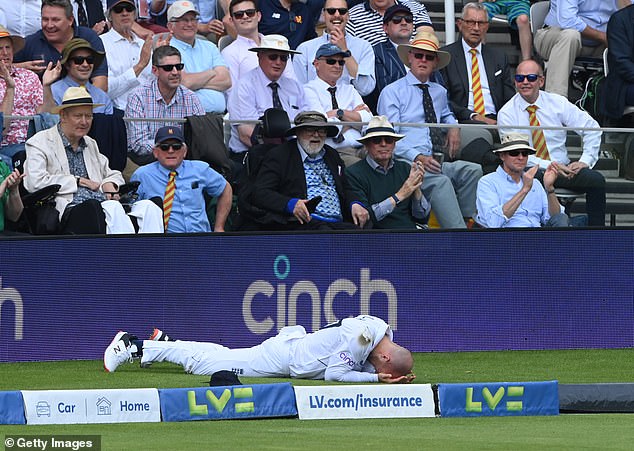 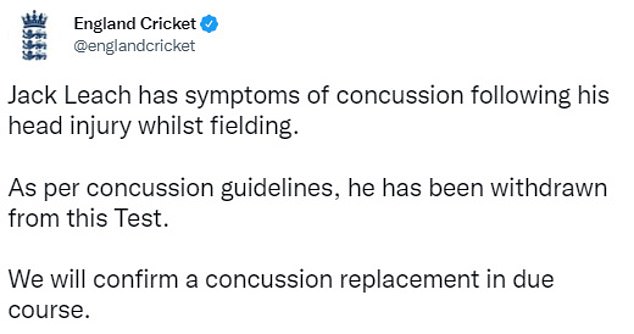 The ECB named Parkinson, who played for Lancashire at Old Trafford in their 17-run win over Derbyshire in the T20 blast on Wednesday, as his replacement.

Parkinson is facing a 200-mile dash to Lord’s after being selected and could appear in an England shirt for the first time as early as this afternoon.

The 25-year-old, continued omission from the Test team has been the subject of extensive criticism from England fans, is en route to the ground.

‘He will join the camp later today and can go straight into our XI,’ the ECB said.

Parkinson, who has 126 wickets from 37 first-class games, travelled as part of the touring party to the West Indies in March but was not handed his first England cap. 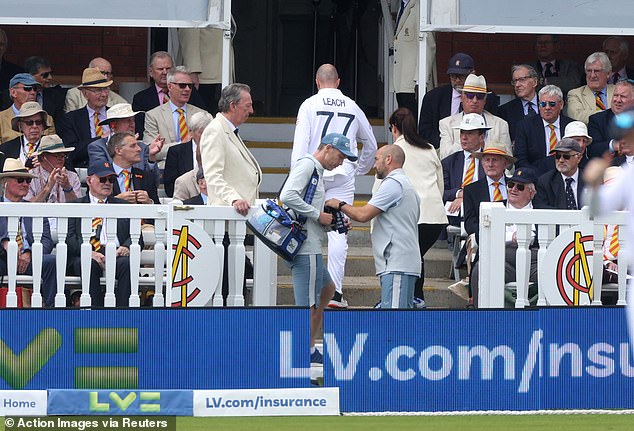 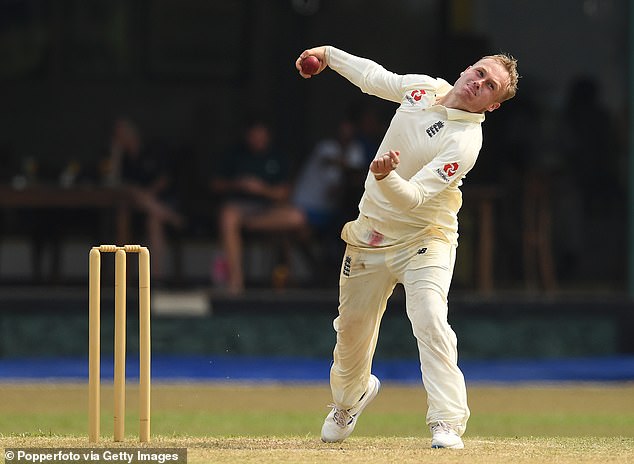 When a concussion is diagnosed the player must be removed from the field of play and may not return in that game regardless of duration of the match (limited over, T20, 2-5 days).

Save in exceptional circumstances only a ‘like for like’ player (or close as possible) shall be permitted as a Concussion Replacement.

Under the ECB’s concussion rules and regulations, which came into effect in 2018, England had to chose a like-for-like replacement for Leach.

‘When a concussion is diagnosed the player must be removed from the field of play and may not return in that game regardless of duration of the match (limited over, T20, 2-5 days),’ the ECB regulations state.

The injury to Leach dampened what had been a superb opening session for England as they took six wickets to reduce New Zealand, who won the toss and chose to bat first, to 39-6 at lunch.

Parkinson will be hoping to follow in the footsteps of fast bowler Matthew Potts, who took three of those wickets on his debut.

James Anderson snared two and Stuart Broad the other as a rampant England began their new era under Ben Stokes in style.

The first session also included an emotional tribute to Australian great Shane Warne, who died at the age of 52 in March.