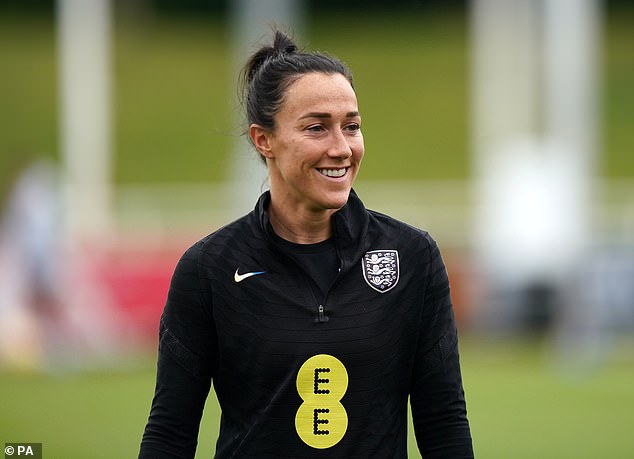 ‘We were talking about blocking out the outside world’: England women star Lucy Bronze is inspired by a Kieran Trippier motivational talk, but jokes the Lionesses will aim to go further than the men and win the Euros

England women star Lucy Bronze has been inspired by a motivational talk from Kieran Trippier ahead of this summer’s Euros, but joked the Lionesses will aim to go one step further than the men by winning the final.

Sarina Wiegman’s squad took part in a workshop with Trippier and Declan Rice at St George’s Park last week, with both players sharing their experiences of last summer’s European Championship.

And Bronze said Trippier provided helpful insight on how to deal with the pressures of a tournament on home turf.

‘Tripiper had a lot of things to say because he’s a player that has been at a lot of tournaments before and has had a bit of stick from the media, obviously he played out of position last year,’ Bronze said.

‘We were talking about blocking out the outside world and I think that’s something that I’ve probably had to deal with more than most players in this England squad over past years. It was nice to be able to speak to someone who has had these issues and how they deal with these moments.

‘We’ve been in and around St George’s Park with them over the past couple of weeks, we’ve chatted to a lot of them. They’re just human beings. 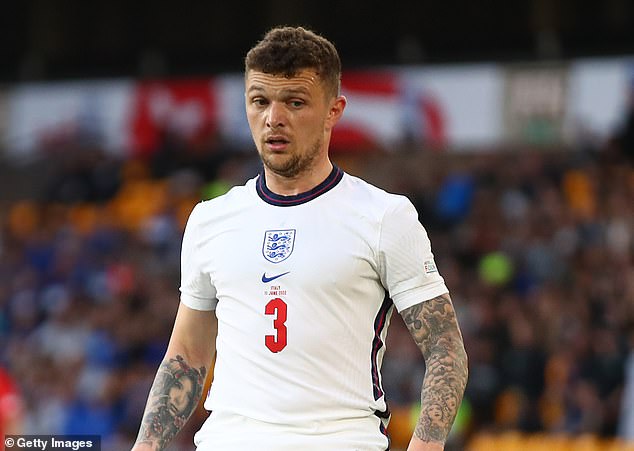 ‘They sit and play cards, we can sit with them, it’s a nice atmosphere because I think both teams have gelled really well which I think in the past hasn’t happened. They see us the same.’

Asked if she would be content with emulating the men by reaching the final, Bronze joked: ‘No I wouldn’t settle for that. I wouldn’t take it to penalties, we’d win the game in normal time.’

England last hosted the Euros in 2005, when Bronze was aged 13. Now 30, the right back is one of the most experienced players in Wiegman’s squad and spoke about how far the women’s game has progressed in the last 17 years. 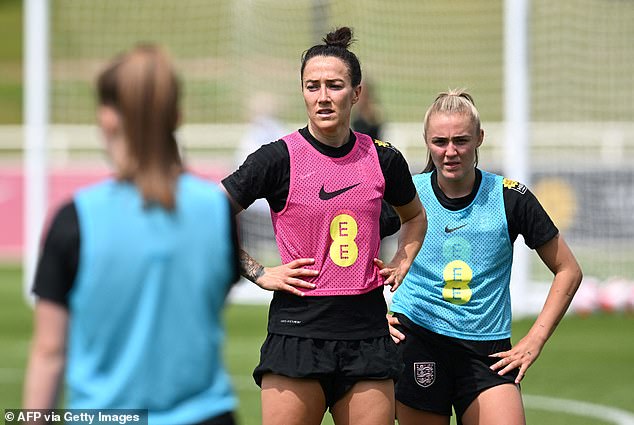 ‘I like to think of myself as quite fortunate. I made it to an FA Cup final with Sunderland, I actually had to backpack to make money to get the bus down.

‘Now, here we are, 2022 and players get helicopters to do appearances and stuff. It’s gone so far so quickly. I don’t think could have thought how huge it was going to be. We’re going into this tournament selling out every single game, playing in some of the biggest stadiums in England, which most men’s teams would be lucky to do.’

Wiegman will cut down her current 28-player squad to 23 on Wednesday, with the Lionesses’ first warm-up game against Belgium taking place the following day.