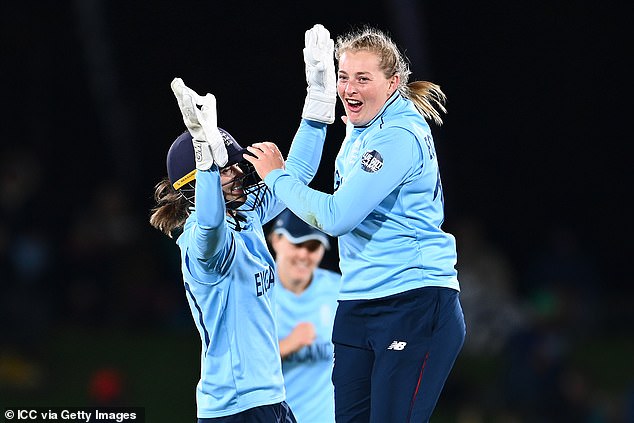 England stormed into the final of the Women’s Cricket World Cup with an emphatic 137-run victory over South Africa, setting up a showdown with old rivals Australia on Sunday.

Danni Wyatt hit 129 and Sophia Dunkley 60 off 72 balls as England posted 293 for eight from their 50 overs having been put into bat. 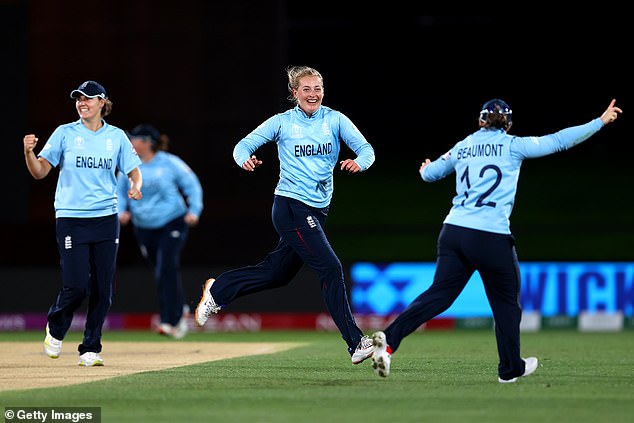 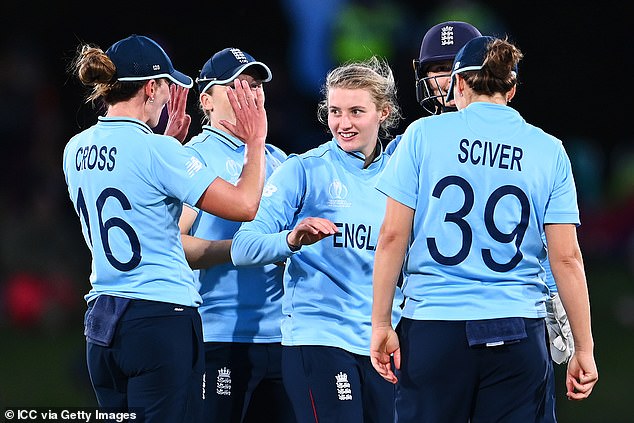 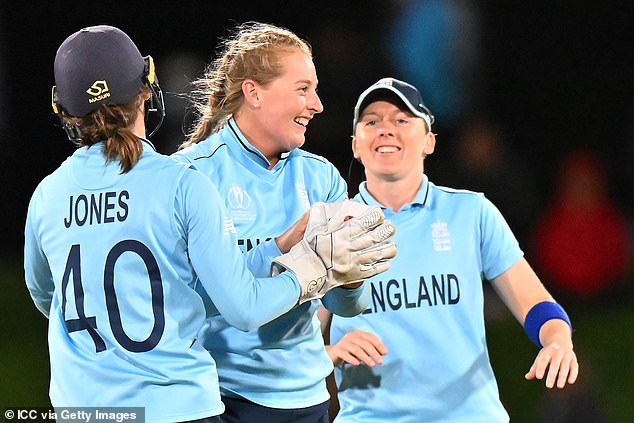 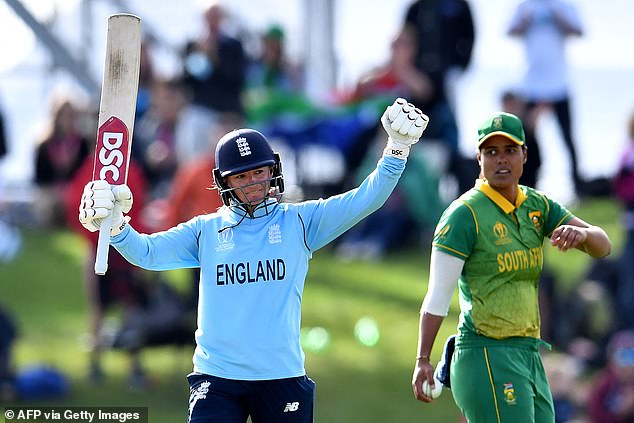 Wyatt was dropped five times during her century innings but took full advantage of the Proteas’ generosity to steer England to a total their opponents never looked likely to match.

The opener put on 116 for the fifth wicket with Dunkley before a late flourish of 24 for just 11 balls by Ecclestone took England to an imposing total.

South Africa needed their dangerous opening pair of Laura Wolvaart and Lizelle Lee to fire if they were to stand any chance of pulling off the largest chase in women’s one-day international history.

But Shrubsole floored them by removing both and spinner Ecclestone, the world’s best bowler, claimed her first international five-wicket haul to kill off South Africa’s hopes. 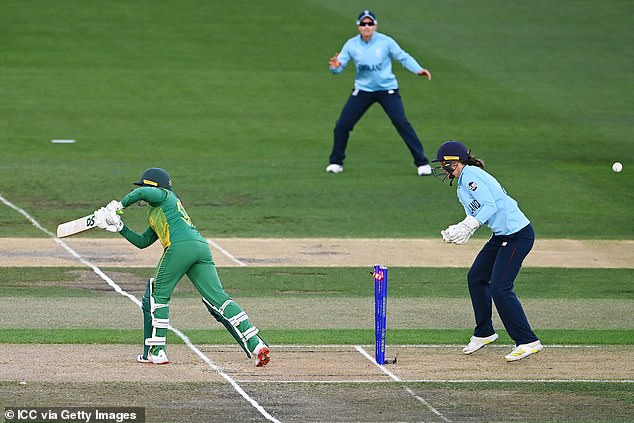 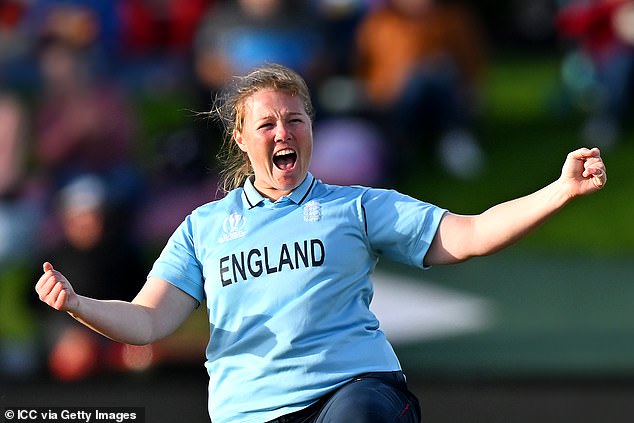 Reaching another final represents a superb achievement for England, the defending champions, after they lost their first three matches in the group phase, including one to South Africa.

But they have responded in supreme fashion with five consecutive victories and will now seek to emulate their 2019 final win over India at Lord’s.

However, Australia, who beat England 12-4 in a multi-format series just last month, will offer a much sterner challenge.

Player of the match Wyatt said: ‘I’m really happy. That was such a complete performance from the girls. Couple of days off now and then we’ve got to be ready for the final.

‘Batting with Dunks was great, she’s got such a mature head on young shoulders and I was really happy for her today. We just wanted to run well and be positive.

‘I love opening the batting, getting to be positive with just the two fielders out and getting the team off to a good start.

‘I’ve got to dedicate this award to our whole team. We’ve been together a long time, it’s been a long trip, but it’s been amazing and I love every one of them.’ 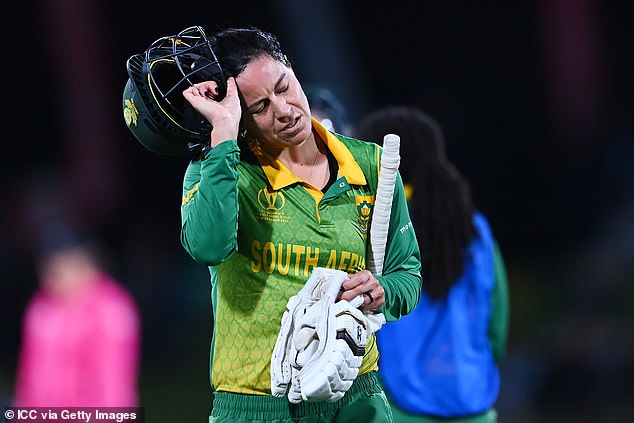 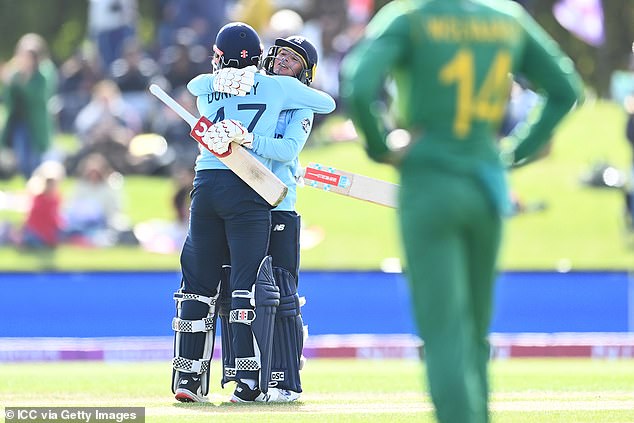 England captain Heather Knight added: ‘I think that was a complete performance from us today, what we’ve been searching for. Really chuffed that the girls have brought their best cricket when it is all on the line.

‘The fact we have played knockout cricket for the last four games has helped us as well. Obviously, really excited for Sunday.

‘I thought Danni Wyatt was outstanding. She was really selective with the balls she attacked and didn’t get frustrated when she found the fielders a little bit. That partnership with Sophia Dunkley really took the game away from them.

‘Sophie Ecclestone has been brilliant for us, that’s her first five-for in international cricket as well. I thought she bowled outstandingly, her and Charlie Dean in tandem on a wicket that had a little bit in it for them. 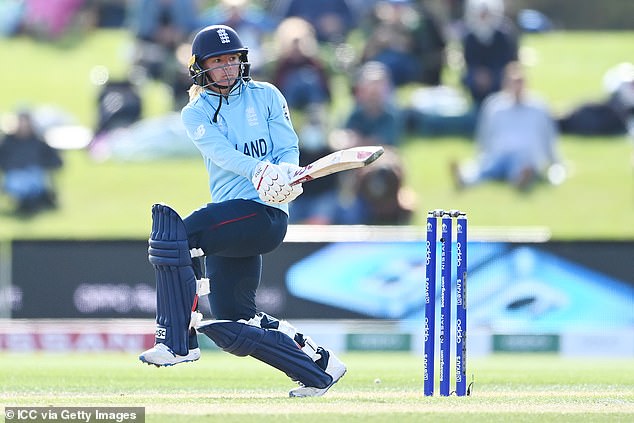 ‘We’ll go into the final as underdogs but it’s a fresh slate, we’re all equal on the morning of the game and what a story has been written for us if we can do it.’

At the start of the chase, the tournament’s top-scorer Wolvaardt lasted less than two overs before chipping the ball back to bowler Anya Shrubsole for a duck.

The dangerous Lizelle Lee followed shortly afterwards to leave South Africa eight for two, flicking the ball to the leg side again off Shrubsole.

Lara Goodall and captain Sune Luus led a small resurgence after the two early wickets, putting on a quick 36, before the captain was bowled by Kate Cross.

Goodall was dropped on 18, by a jumping effort from Charlie Dean off Nat Sciver, but she added only 10 more runs before being bowled by Dean. 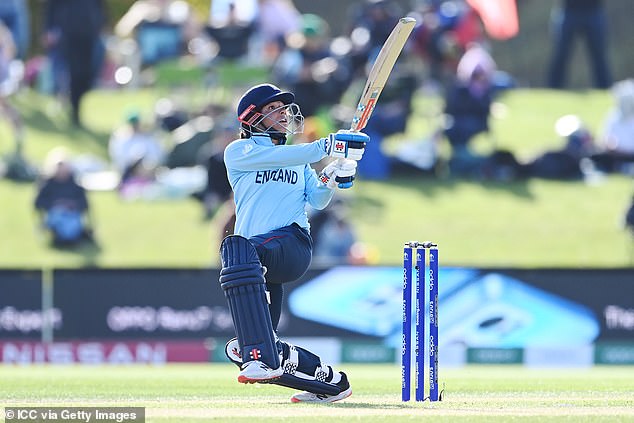 Sophia Dunkley, who made 60, helped push England’s total up to 293 for eight from 50 overs

Marizanne Kapp tried to push the scoring rate on after the required rate had kept climbing with the tumble of wickets, but only made 21 before Ecclestone took her first wicket of the match.

Ecclestone then cleaned up, taking the wickets of Mignon du Preez and Chloe Tryon, on her way to finishing with the best figures for an English player at the Women’s World Cup.

In the first innings, Tammy Beaumont fell to Kapp early, leaving England 10 for one.

Wyatt was dropped on 22 by Lee at slip, and again on 36 by Kapp who had covered ground well but the ball slipped out as she hit the ground.

Sciver and Jones made 15 and 28 respectively before Dunkley came to the crease with England 126 for four.

Wyatt and Dunkley’s partnership and a useful 24 from Ecclestone saw England post what proved to be a comfortable match-winning total.