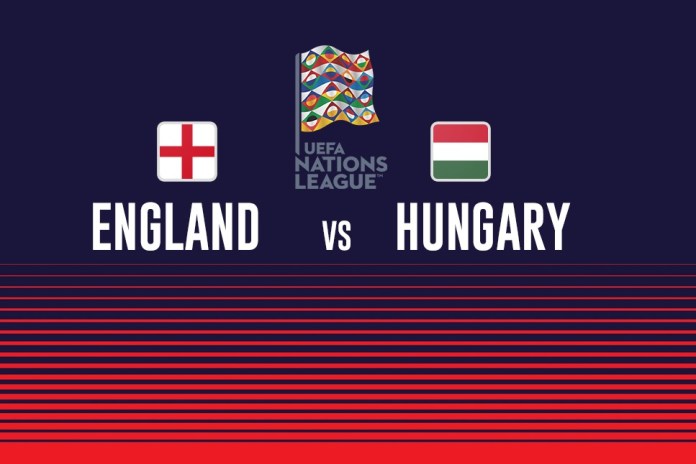 UEFA Nations League 2022/23 – England vs Hungary LIVE Streaming: England will aim to get off the mark in the UEFA Nations League at the fourth attempt when they welcome Hungary to Molineux in matchday four of League A Group 3. Gareth Southgate’s side played out a drab goalless draw with Italy on Saturday night, while the Magyars impressively held Germany to a 1-1 stalemate. Follow England vs Hungary LIVE Streaming with InsideSport.IN

Attention turns to our final #NationsLeague fixture of June.

Next up: Hungary at @Wolves! pic.twitter.com/OQQYuByAsT

England and Leeds United midfielder Kalvin Phillips was somewhat surprisingly fit to feature as a substitute against Italy after coming off with a “severe dead leg” against Germany a few days before, while Phil Foden was not involved at all as he continues to recover from COVID-19.

Aaron Ramsdale earned just his second cap for the Three Lions and held the fort well, but Jordan Pickford or Nick Pope will expect to come into possession of the gloves as one of several changes.

The likes of Kyle Walker, John Stones and Jude Bellingham enjoyed complete rests at the weekend and could all be drafted back in here, while Harry Kane should also displace Tammy Abraham as he continues his search for the all-time Three Lions record.

Rossi may have been tempted into a goalkeeping change anyway but will be forced into one here, as number one Peter Gulacsi picked up his second booking of the tournament on Saturday and incurred a one-match ban in the process.

Denes Dibusz will likely act as the last line of defence here, while Andras Schafer is back from a ban of his own, and Rossi has generally been loath to make significant alterations this month.

Schafer’s return from the naughty step will likely see Callum Styles drop back down to the bench, while Daniel Gazdag and Szabolcs Schon are ready to deputise for the overworked front three of Dominik Szoboszlai, Roland Sallai and Adam Szalai if needed.

England vs Hungary LIVE: When, Where, How to watch the live streaming of UEFA Nations League matches?

When will England vs Hungary be played? – Date

What time will England vs Hungary be played? Time
ENG vs HUN match will kick-off at 12:15 AM IST

Where will England vs Hungary be played? – Venue
ENG vs HUN will be played at Molineux Stadium

Who will be the Match Official for England vs Hungary? Referee

Clement Turpin will be the referee for the game