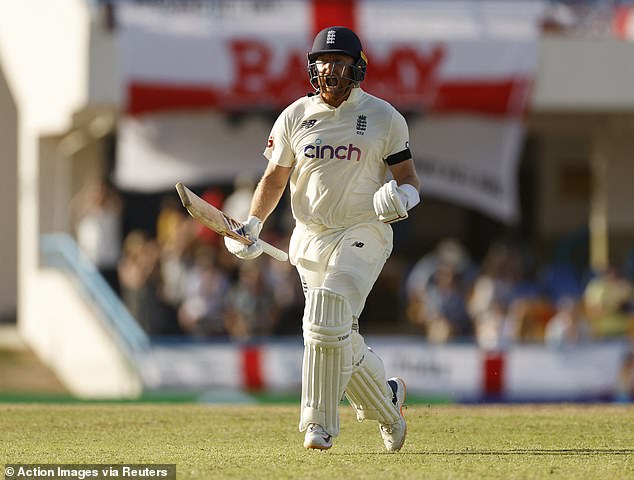 A delighted Jonny Bairstow looked forward to the stability of a regular role in the England side after making the century that kept them in the first Test after another disastrous start.

Bairstow’s eighth Test hundred and his fourth from the No 6 position rescued England from the depths of 48 for four and lifted them to 268 for six at the close on the first day of their red-ball re-set.

‘I’ve batted everywhere and now it’s hopefully a case of getting a few games in the same position,’ said Bairstow, who finished unbeaten on 109. ‘There was a period when I think I played in 14 different positions in 18 knocks. 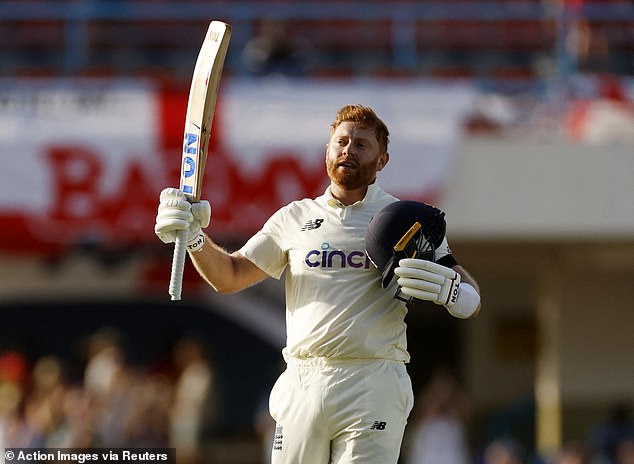 ‘It’s nice to establish yourself in one role and hopefully you can grow. I’ve batted at six a few times for England and it’s a place I’m comfortable with. I’m very passionate about playing for England and playing Test cricket so I’m delighted with this.’

Bairstow escaped England’s post-Ashes cull after making their only century in the 4-0 thrashing in Australia and is now relishing becoming, at 32, a senior member of the side.

‘I’m enjoying it,’ he said. ‘Giving Alex Lees his cap was pretty special having known him for so long and there’s a good feeling around the place. 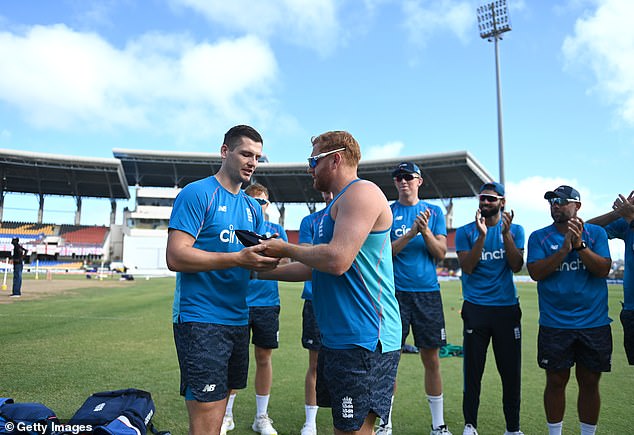 ‘We’re trying to put the right things in place to try to help people feel they can go out there and perform to the best of their ability and have confidence in the way they go about it.’

Now Bairstow, who put on 67 with Ben Stokes, 99 with Ben Foakes and 54 so far with Chris Woakes is aiming for a total of 300 plus that would put pressure on a West Indies side who are just as vulnerable as England, having made 300 just once in their last 16 Test innings.

‘It will be an interesting one tomorrow,’ added Bairstow. ‘If we can get through the morning we’d like to be pushing on for 320, 330 and anything after that is a bonus after the start we had.’