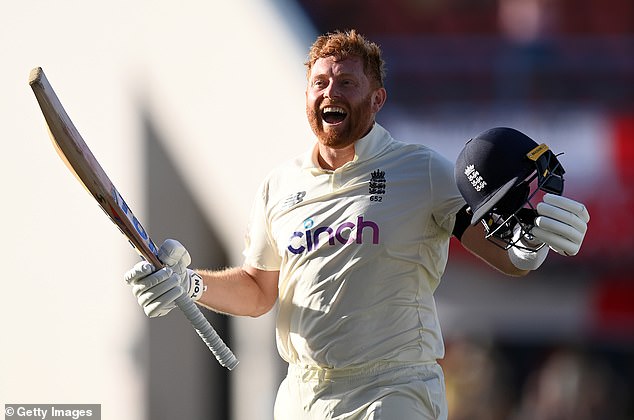 BUMBLE ON THE TEST: This pitch is not straightforward so England’s early batsmen did OK to scrap their way through… while Kemar Roach reminds me of Jimmy Anderson

Jonny Bairstow scored his eighth Test hundred to lead England’s fightback on day one of the first Test against West Indies in Antigua.

The hosts reduced England to 48 for four but a determined Bairstow led the counterpunch alongside handy contributions from Ben Stokes and Ben Foakes as England reached 268 for six at the close.

Sportsmail‘s DAVID LLOYD offers his views and insights on a fascinating opening day’s play at the Sir Vivian Richards Stadium.

Defeated by a marrow man

After the success of opening the telephone kiosk in our village as an information centre, I was contacted by another village to be told I’d made the final two in their choice to open their own booth.

Unfortunately, I missed out to a chap who had grown a prize marrow at the local agricultural show.

Get on with it, lads!

There were only 51 overs bowled by tea on day one. Not that the pace of the day was helped when the fourth umpire stood in front of the sight screen.

In Peter Kay terms: ‘What’s all that about?’ Countless times the bowler was in his delivery stride and the batsman pulled away for something happening behind the arm. 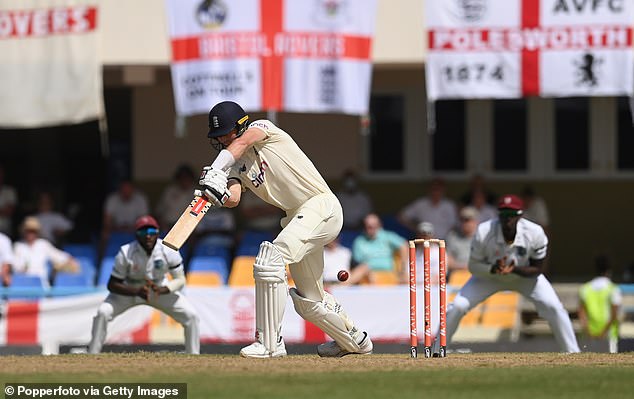 On the first morning of any Test, you have to put drives away until you’ve assessed condition

England captain Joe Root said at the toss that it would be a tricky morning. He didn’t get that message to the top three.

On the first morning of any Test, you must be careful. You have to defend, work out the pace of the pitch, not unleash big, booming drives.

Put those drives away until you’ve assessed conditions.

I will temper criticism of England’s early batting by saying that, overall, they did OK to scrap their way through.

I don’t think this pitch in Antigua is straightforward. Cracks appeared on the eve of the match. It will dry out very quickly and it’s not going to play any better.

Both teams expect it to turn because they’ve each got a spinner in. 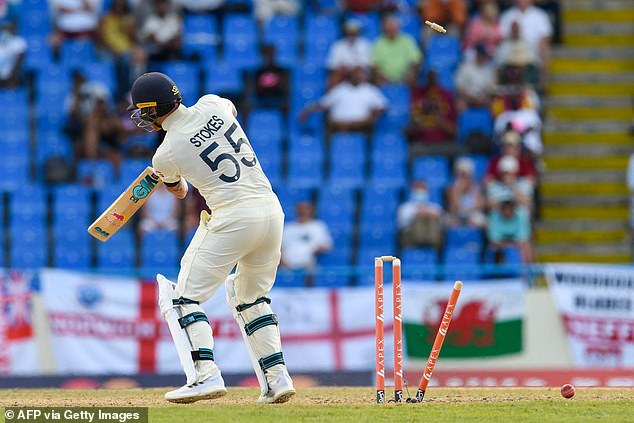 The pitch will dry out fast and it’s not going to play any better, and both teams expect it to turn

Less is more up against the spin

Matt Prior made an excellent point on talkSPORT when the left-arm spinner Veerasammy Permaul came on before tea.

Prior said the idea of being aggressive against spin is often misconstrued in England.

We think that means hitting fours and sixes. His argument was to resist that urge and use your feet to knock the ball around. Just be proactive and busy. I couldn’t agree more.

Kemar Roach is a vastly experienced West Indies opening bowler who began the series with 231 Test wickets to his name. On Tuesday, he led the home attack splendidly.

Roach pitches the ball up at a lively pace, is deadly accurate and gets a bit of movement.

Reminds me of a chap I used to know called Jimmy Anderson. He’s currently sat at home twiddling his thumbs. 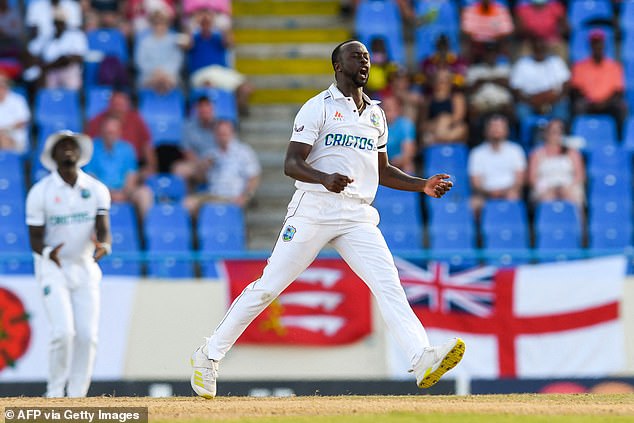 Kemar Roach pitches the ball up, at a lively pace, is deadly accurate and gets movement