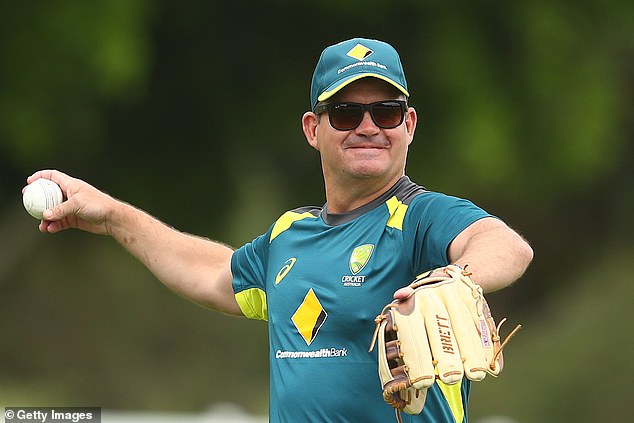 ‘It can’t always be equal… you’ve got to park your ego sometimes’: New England white-ball coach Matthew Mott is confident he can form successful partnership with Test coach Brendon McCullum

England’s new white-ball coach Matthew Mott has insisted he and Brendon McCullum can make a success of the split-coaching set-up as he prepares for his first one-day assignment in the Netherlands.

It is the first time England have separated the roles since late 2012, when Ashley Giles took charge of the limited-overs sides and worked alongside Test coach Andy Flower.

That arrangement rarely ran smoothly, amid accusations that Flower’s wishes too often took priority. But Mott – who made his name coaching Australia’s record-breaking women’s team, and has worked with McCullum at the IPL – is confident there will be no such issues this time.

‘It can’t always be equal, because that won’t work,’ he said. ‘At the moment the Test series is taking a bit of priority, but as we get closer to the T20 World Cup in October, I’m sure the white-ball team will get a greater say in the picking of players.

‘You’ve got to park your ego sometimes and look at the bigger picture, and I’m sure between me, Brendon and [director of cricket] Rob Key, we can work that out.

‘It helps that we’ve all come into this at the same time. It’s a blank canvas. Brendon’s got his head straight into the Test series. He’s a genuinely good bloke and I get on well with him. He’ll be fair and reasonable.’

Speaking before the first of three ODIs in Amsterdam on Friday, Mott said he believed England captain Eoin Morgan had ‘a lot of great cricket ahead of him’, despite just one half-century in his last 24 international innings. 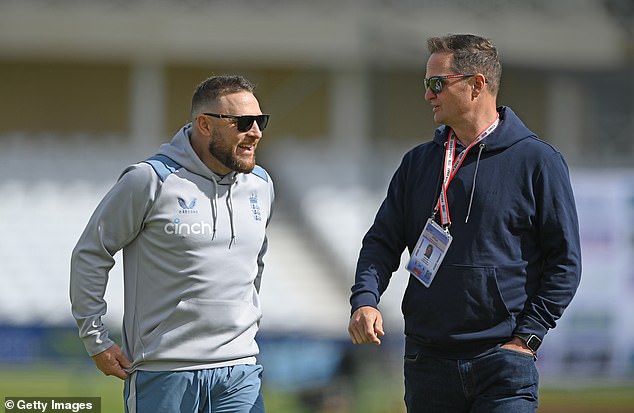 ‘He’s always said he wants to be picked in that team on form and merit all the way through, and when he feels that’s not the case, then he would step aside,’ said Mott. ‘But that’s a long way off being the case.

‘You can already tell what a profound influence he has on the leadership of this group – and that’s something that probably isn’t recognised as much on the outside.’

With England’s 14-man squad including two uncapped bowlers in Gloucestershire’s David Payne and Nottinghamshire left-armer Luke Wood, Mott wants to use this series to look at new faces.

‘It’s been identified that we need some death options with the ball, so that’s going to be a really big focus for the group over here,’ he said.