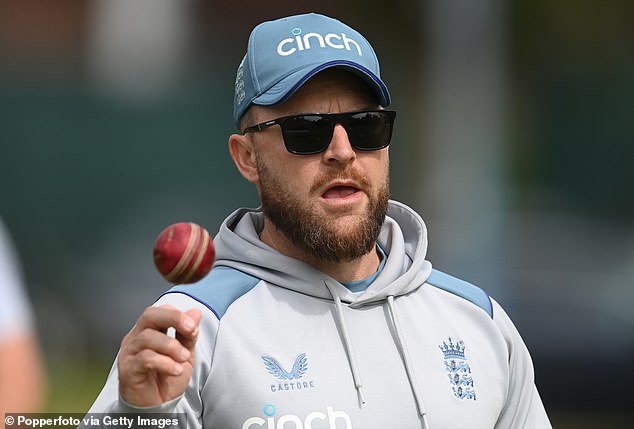 Brendon McCullum’s pre-match pep talk appeared to have the desired effect on England Lions’ batsmen as they tore from the blocks against South Africa.

Addressing the understudies to Ben Stokes’ Test team ahead of the four-day tour match at Canterbury, McCullum urged them to replicate the endeavour their seniors have displayed during four successive wins this summer.

They did just that, scoring at better than five runs per over in response to the South Africans’ 433, with Dan Lawrence hitting a run-a-ball 97 and Harry Brook registering another half-century in a prolific summer. 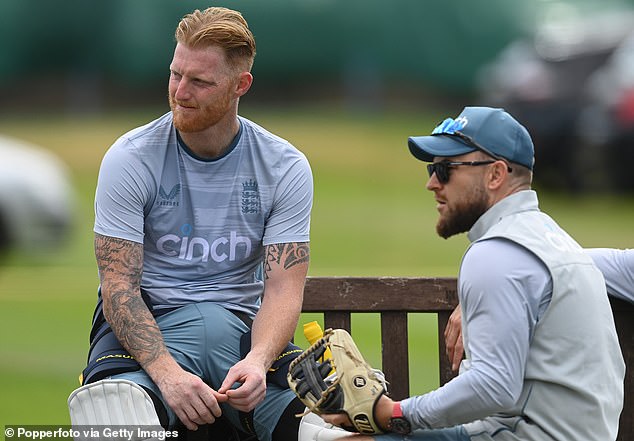 ‘The message we had at the start of the week was to go out there, be as free as possible, show everyone what we can do and try to put some pressure on the boys who have got the places at the moment,’ said Lawrence, after the Lions closed on 279 for three.

‘I love the brand of cricket they are trying to play and it’s something I am desperate to be a part of.’

Yorkshire’s Brook will resume on Thursday morning on 64. 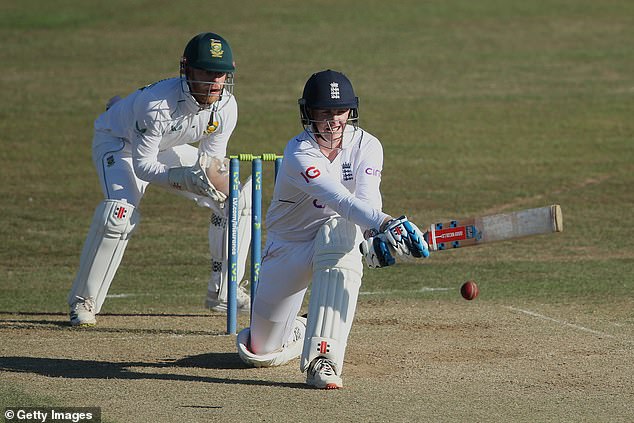 Harry Brook continued his fine form in Canterbury, closing unbeaten on 64 for England 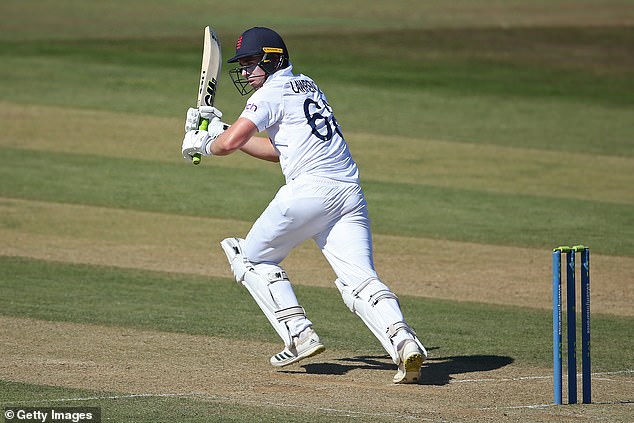 Ever the showman, he got off the mark with a six and then hit his second of the innings to reach his 50 from 65 deliveries.

Dom Sibley caught the mood with a stylish 48 while another Test discard Ben Duckett remains unbeaten on 31.

Earlier, the South African tail wagged vigorously from 284 for seven, after Khaya Zondo was dismissed for his overnight 86, with the 6ft 8ins Marco Jansen crunching five sixes in an undefeated 54 from No 10.