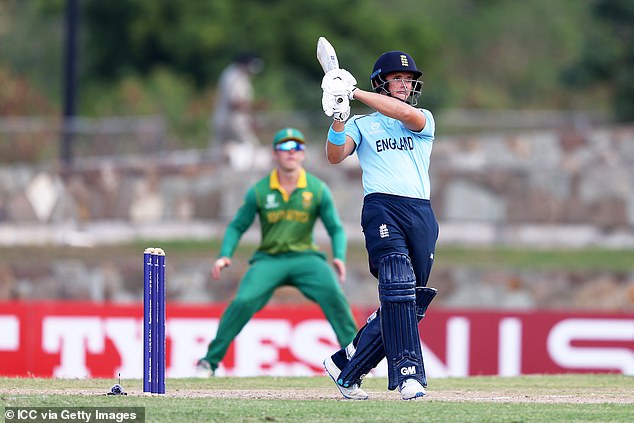 EXCLUSIVE: England’s next big thing is taking tips off West Indies legend Sobers! Barbados-born Jacob Bethell is friends with Sir Garry… and is batting like him at the Under-19 World Cup

By Richard Edwards For The Daily Mail

Jacob Bethell is out to fire England into the final of the Under 19 World Cup when they take on Afghanistan in Antigua — with the advice of an all-time great ringing in his ears.

Bethell was born in Barbados and moved to England aged 12 to attend Rugby School. But on trips back to the West Indian island he has visited family friend Sir Garry Sobers, who lives close to the teenager’s parents.

‘I’ve been lucky enough to meet and have a few chats with him,’ Bethell tells Sportsmail. ‘It’s always nice to pick his brains and find out how he used to go about things. He just basically says, “Give yourself a chance”.

‘It’s a pretty simple way of looking at things but if you try and smash it from ball one you’re not giving yourself a chance.

‘Mind you, I’ve seen his six sixes on YouTube. I wouldn’t quite say that was giving yourself a chance but I think he was on 70-odd by that point, so we can let him off!’

Sobers would have approved of Bethell’s quarter-final cameo as England beat South Africa. Opening, the 18-year-old Warwickshire all-rounder hit 88 off just 42 balls. By the time he was out in the 10th over, England had 110 runs.

That propelled Bethell from a relative unknown to a batsman everyone will be looking out for, especially when the domestic action starts this summer. 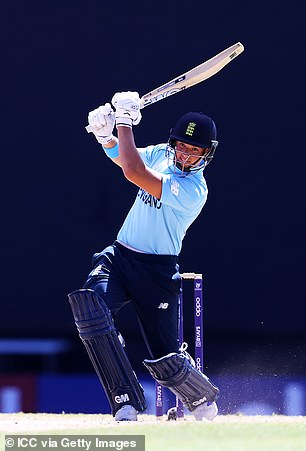 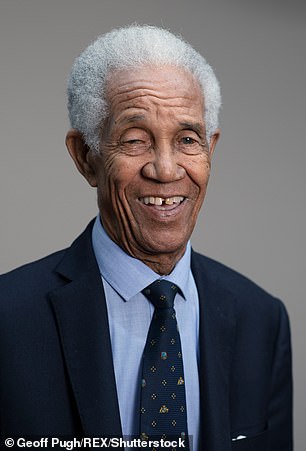 England, meanwhile, will be thanking their lucky stars that he has followed the route of Jofra Archer and Chris Jordan in choosing to play for England over the West Indies.

‘The first summer I left home, I was 12,’ he says. ‘It was tough at the start. I’d never really been away for any amount of time.

‘To go over to a foreign country and spend months at a time away, that didn’t really seem like my cup of tea at the start. But it only took me about a week to settle in because boarding school is quite fun.

‘It also helped that Mike Powell (former Warwickshire captain) was director of cricket at Rugby and opened his doors to me. It has been really nice to have a friendly face there. 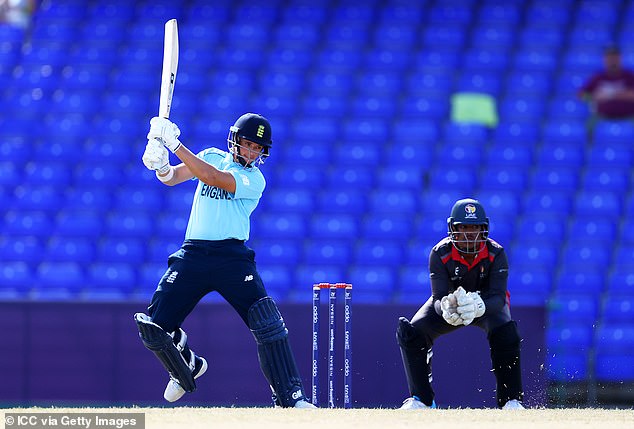 ‘But that’s the beauty of sport and cricket in particular. You meet so many people. In my first week at school, I went from not knowing anyone to going to the first training session of the year and suddenly having 50 friends.

‘I think everyone was a bit surprised. Everyone heard there was a West Indian coming over, they were expecting me to bowl quick and whack it. But I was only 4ft tall, I bowled spin and couldn’t hit it off the square!’

That is certainly not the case any more, with Bethell’s hitting singling him out as one of the most destructive batsmen in English cricket. His left-arm spin is also useful, helping him force his way into Warwickshire’s side in the Royal London Cup when their big hitters were playing in the Hundred. ‘I still think of myself primarily an all-rounder,’ he says. ‘The bowling progressed a lot this summer whereas the batting took a bit of a back seat.

‘Now, playing here in the Under 19 World Cup where I’m primarily a batter, that has been quite nice. It has evened things out a bit.’

Now for the semi-final with Afghanistan. If Bethell picks up where he left off against South Africa, England will be heading for the final.