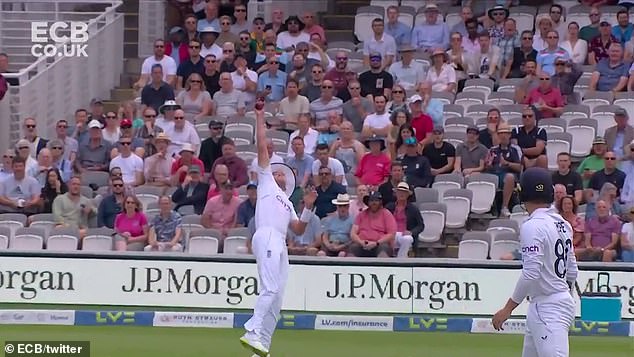 Not bad for a 36-year-old! Veteran Stuart Broad rolls back the years with a STUNNING one-handed catch to dismiss Kagiso Rabada as England look for quick wickets against South Africa

Stuart Broad has defied his age to take a sensational, athletic one-handed catch for England against South Africa.

The veteran fast bowler, 36, was in the field as the hosts aimed to take quick wickets on the morning of the third day of the first Test against the Proteas.

And Broad rolled back the years with a stunning grab to dismiss fellow bowler Kagiso Rabada.

Stuart Broad has defied his age to take a sensational, athletic one-handed catch for England 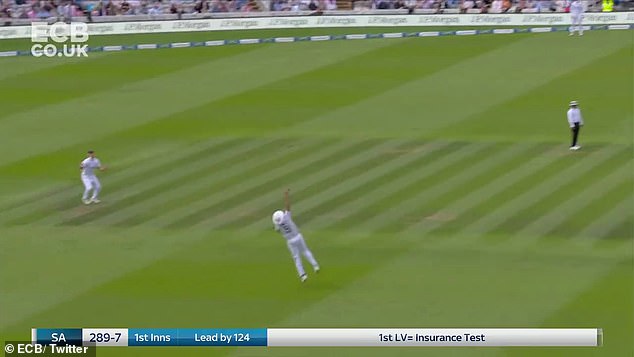 The veteran bowler, standing at wide mid-on, made a stunning grab to dismiss Kagiso Rabada 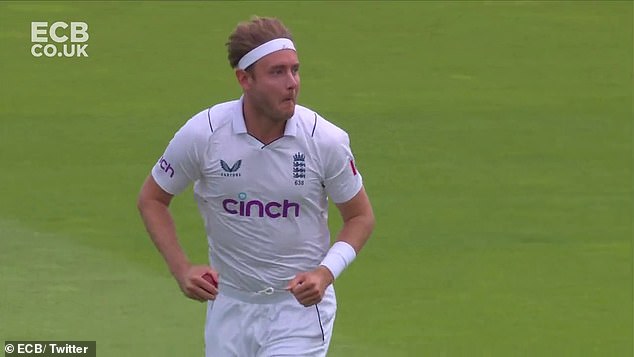 Broad, 36, looked on with an expression of bemusement and surprise after taking the catch

Off the bowling of Matthew Potts, left-hander Rabada made sweet contact with the ball and must have felt it was heading over Broad’s head at wide mid-on.

But the 6ft 4ins Nottinghamshire star took several steps backwards and launched himself upwards into the air, pouching the ball in his right hand.

Broad then celebrated with a look of surprise on his face, and was mobbed by captain Ben Stokes and then his team-mates. 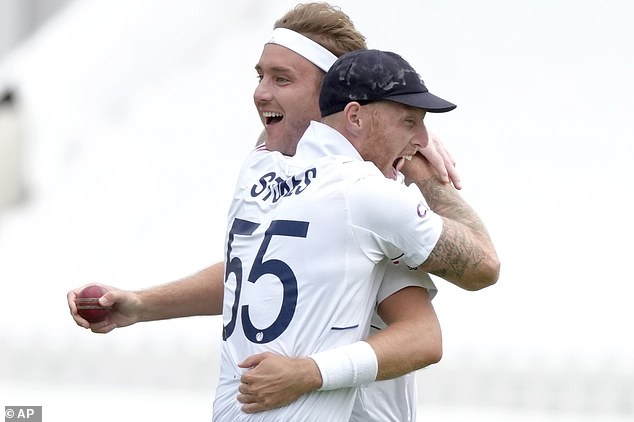 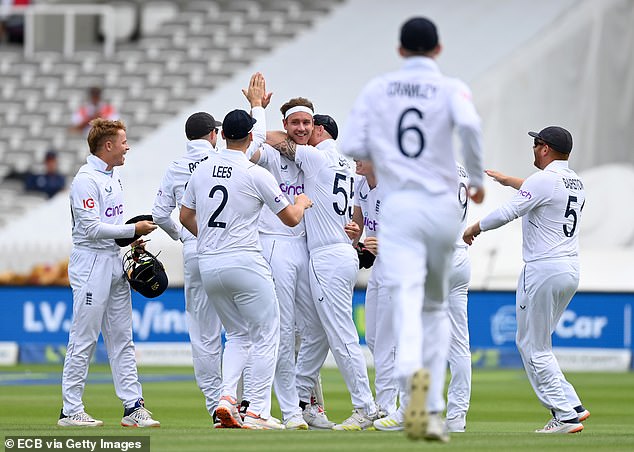 Broad was then mobbed by team-mates, who know how crucial the wicket of Rabada could be

Sky Sports commentator Mel Jones said: ‘Goes up, and goes over… No he hasn’t! He hasn’t! I was looking to the boundary line.

‘Stuart Broad has taken one of the catches at Lord’s. No one can believe it, except for that man there (Broad).’