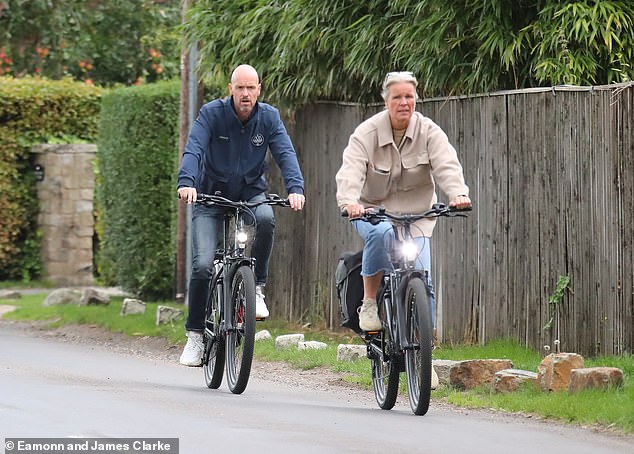 Erik ten Hag made the most of his time away from the Manchester United dugout as he was seen enjoying a leisurely bike ride around Cheshire with his wife Bianca on Saturday.

All Premier League fixtures were postponed this weekend as a mark of respect towards Her Majesty Queen Elizabeth II, who passed away on Thursday evening.

The Dutch coach would otherwise have been keenly preparing for Manchester United’s trip to Selhurst Park to face Crystal Palace on Sunday. 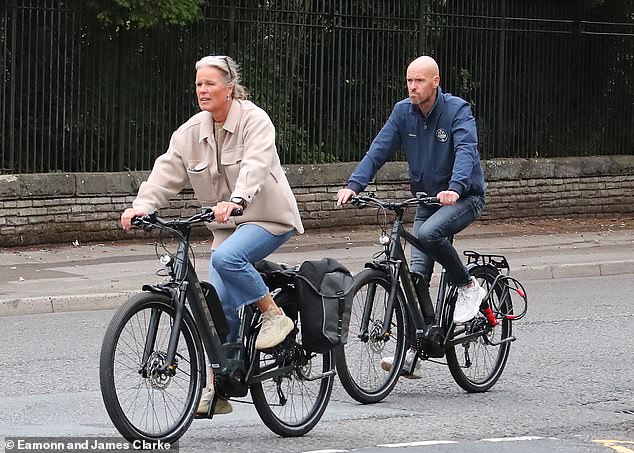 Sporting a jacket and jeans, Ten Hag was spotted moseying through the roads in Cheshire, grabbing some much-needed downtime after a busy and dramatic start of his first Premier League campaign.

The 52-year-old endured a pair of miserable defeats to Brighton and Brentford at the beginning of the season but has since turned the tide with four successive wins against Liverpool, Southampton, Leicester and Arsenal.

The fruitful run has launched the Red Devils to fifth in the division, three points away from the Gunners at the top. 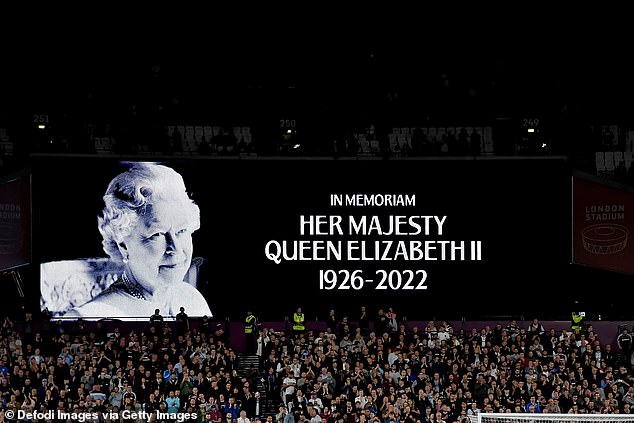 All matches were postponed as a mark of respect to Queen Elizabeth II, who died on Thursday

Man United’s first Europa League clash of the campaign against Real Sociedad at Old Trafford ended in a 1-0 defeat on Thursday, after the players performed a minute’s silence to honour the death of the Queen.

Ten Hag’s side conceded the all-important goal as a result of a controversial penalty call, as Lisandro Martinez was deemed to have handled the ball after it deflected off his knee and on to his elbow.

The Red Devils will eager to get back to winning ways when they travel to Moldova to face FC Sheriff on Thursday.