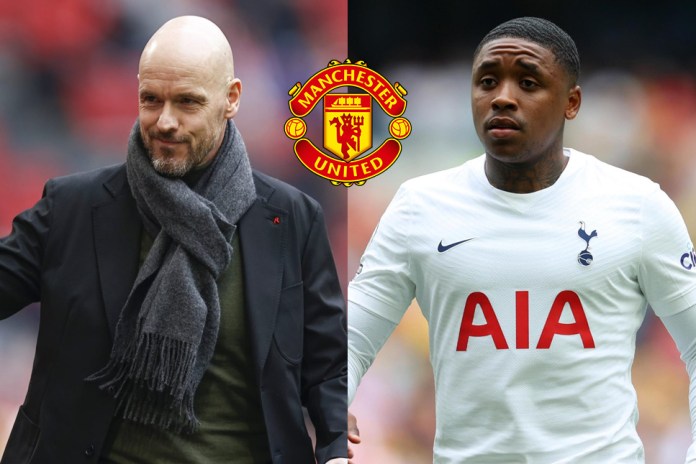 Manchester United New Manager: Erik ten Hag and Steven Bergwijn – Manchester United are set to finalise bringing Erik ten Hag to the club as the next permanent manager as reported a few days back and the announcement could be made once the KNVB Final concludes. Erik ten Hag has already eyed his transfer targets with one of them being Tottenham Hotspur winger Steven Bergwijn who was supposed to leave Spurs for Ajax in the winter. Follow InsideSport.IN for the latest football transfer news.

🗞 Ten Hag has made approaches to sign Bergwijn in each of the last three transfer windows but Ajax’s budget could not extend to Bergwijn’s wage of more than £100,000 a week. [@Jack_Gaughan] https://t.co/bIOmO1v3QM

A verbal agreement is said to have been made and Ten Hag’s appointment could be made before the end of the season. And with the transfer window set to be of huge significance to United this summer, Ten Hag has reportedly set his sights on who he would want to bring in.

Jan 31st – It’s over for Steven Bergwijn to Ajax. Deal’s not gonna happen as Tottenham want €25m and Antonio Conte prefers to keep the player.

According to the Daily Mail, Ten Hag is keen on pushing United officials to make an approach for Bergwijn. The Holland international has struggled for regular minutes under Antonio Conte, particularly since the arrival of Dejan Kulusevski.

Bergwijn joined Tottenham in January 2020 as one of Jose Mourinho’s first signings as Spurs boss. He had helped PSV win three Eredivisie titles in his time at the club before being snapped up by Tottenham.

The report claims that Ten Hag has made attempts to sign Bergwijn in the last three transfer windows, but Ajax were unable to match his wage demands.

Tottenham also blocked Bergwijn heading out on loan this past January, but Ten Hag may get his chance to link up with the winger this summer. It is said that Bergwijn would be available for around £20million, which could see Tottenham take a £7m hit on their initial investment.