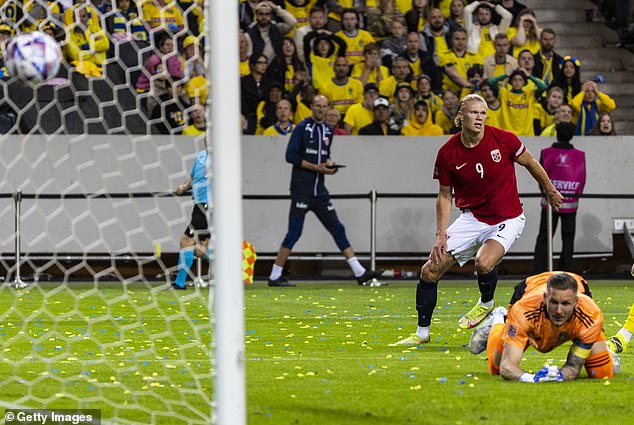 Norway star Erling Haaland previewed his transfer to Manchester City by posting a video of himself listening to Oasis hit Wonderwall.

Haaland’s move to the club for £51.2m was announced last month, but it will not be completed until the transfer window opens in July.

Oasis have long been associated with Man City, as was apparent when Noel Gallagher celebrated with the players after their recent Premier League win.

Haaland’s father Alfie played for the Citizens from 2000-2003-when Oasis were still close to the peak of their popularity.

In a video posted on Instagram, Haaland swayed to the song while sat in his Norway tracksuit in the changing room.

It came after a typically dominant display for the striker as he scored twice in a 2-1 win over Sweden in the Nations League. It was Sweden’s first home loss in close to two years. 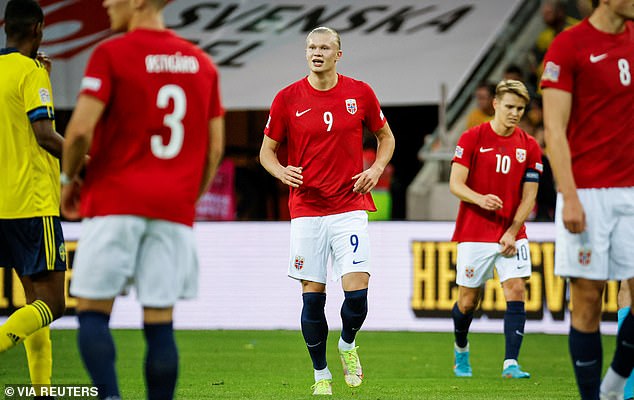 His second goal will have been particularly promising for City fans, as the 21-year-old showed his pace and strength to burst into the box and fire a composed, low finish past the keeper.

He now has 18 goals in just 19 Norway games to go with his 62 goals in 67 games for Borussia Dortmund.

If Haaland can come close to matching those numbers at City, next season’s title race may be over very quickly.