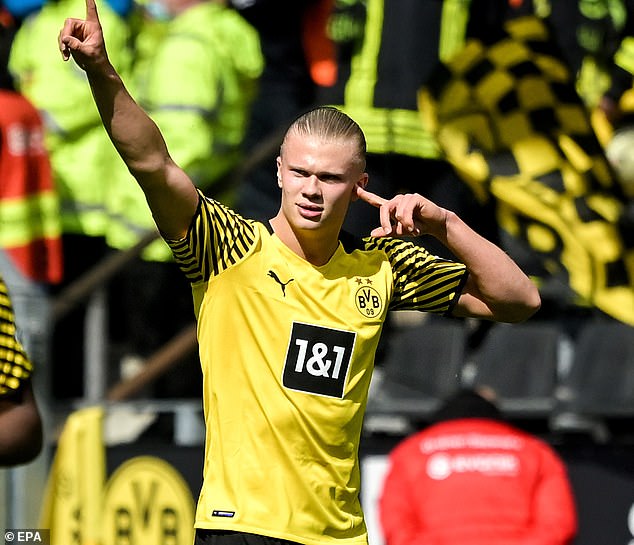 Does Erling Haaland ALREADY have a Man City exit plan? Report in Germany claims Mino Raiola agreed a £128m release clause which will activate two years into his contract… and could allow him to jump ship to Real Madrid

Erling Haaland has included a £128million release clause in his Manchester City contract which can be activated in two years’ time, according to reports in Germany.

City confirmed the £51million signing of Haaland from Borussia Dortmund earlier this week, beating a host of European rivals to his signature ahead of the summer transfer window.

After scoring 85 goals in 88 appearances for Dortmund, the 21-year-old striker had become one of the most sought-after players in world football, but City were quickest to pounce on the cut-price release clause which recently entered his contract.

Pep Guardiola is confident his arrival this summer will help the Premier League champions ‘score more goals’ next season, but German publication Bild claims he may not be sticking around in Manchester for too long.

Before his death at the end of April, Haaland’s agent Mino Raiola is said to have agreed a £128million release clause with City which will come into play in 2024.

The Norwegian was also heavily linked with a switch to Real Madrid before joining City, meaning the Spanish club and other possible suitors will have the chance to prise him away from England if they see fit in two years’ time.

With Karim Benzema at the peak of his powers and Kylian Mbappe potentially on his way to the Bernabeu this summer, Madrid did not need to make an immediate move for Haaland. 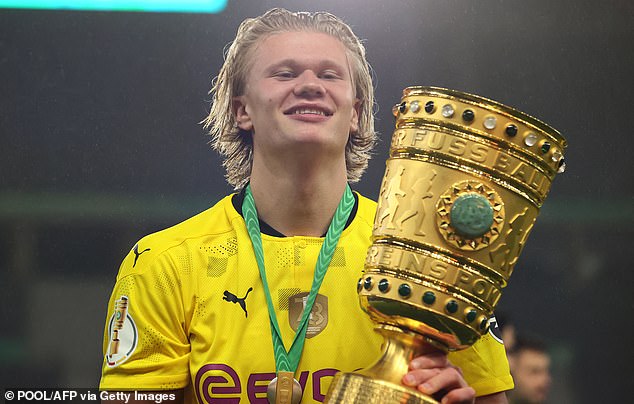 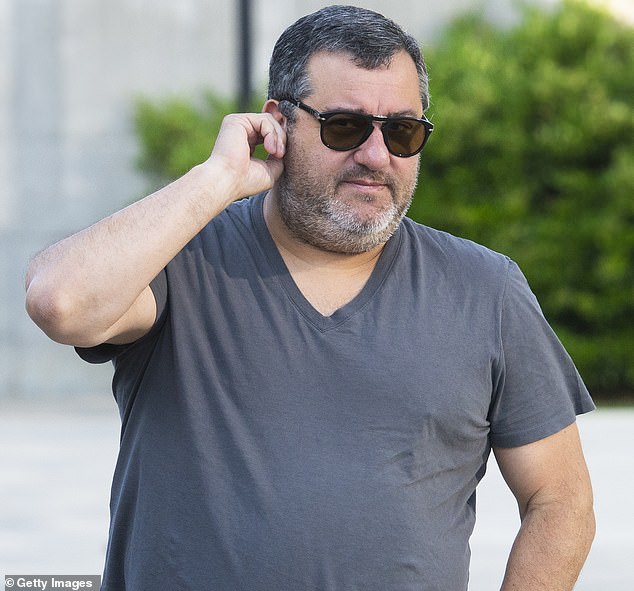 Before his death, agent Mino Raiola is said to have agreed a £128m release clause with City

Though when his City release clause becomes active in 2024, Benzema’s contract would have expired the year before.

While he may earn himself an extension in the meantime, the Frenchman will be in the twilight of his career at 37 and Haaland may become a bigger priority for Los Blancos.

Regardless, Guardiola is delighted to have added Haaland to his City ranks and expects their new recruit to fit into their style of play when he arrives this summer.

‘Big congratulations to the club, he is signed for the next years,’ the Spaniard said on Wednesday. ‘He is a young talented player, I’m very pleased he decided to come and join us.

‘Next season we are going to work together and hopefully he can settle, help him to settle as soon as possible in terms of Manchester and a house. I am pretty sure he is going to adapt quickly to the way we want to play. 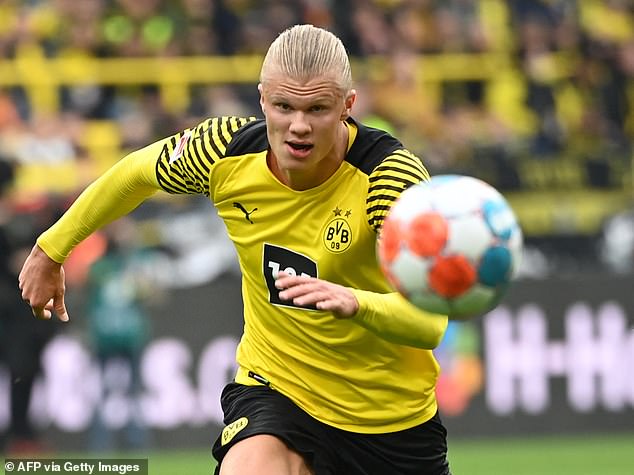 Haaland can depart the Etihad for that figure in 2024, which could interest Real Madrid

‘We have to try to play good. I never thought the whole defensive situation depends on a central defender, nor the goals we score should depend on a striker.

‘He has scored a lot of goals in his career and we are going to help him through the game have more chances to score goals.

‘We are not going to give him responsibility to score goals. We have to win games. To win, we need everyone working the right way to arrive as much as possible and as much as we can arrive there we can do it.’