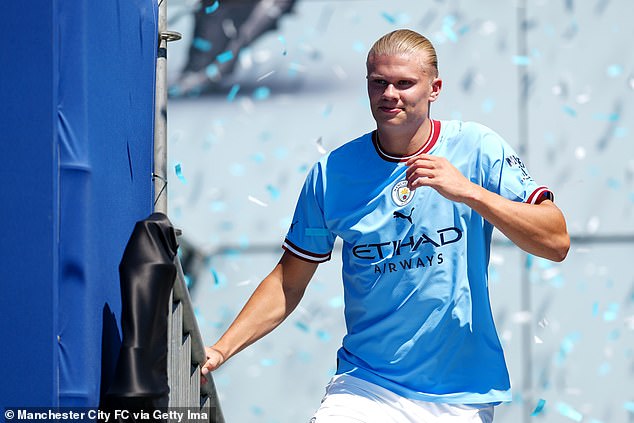 ‘I don’t like to say the words!’: Erling Haaland throws first punch to Manchester United by revealing he can’t wait to face them in a Man City shirt… but delights fans by refusing to repeat their rival’s name!

Erling Haaland declared that Manchester City will be his home for the long term after bounding into the Etihad Stadium yesterday.

The 21-year-old’s assured first appearance in front of the club’s supporters came with gentle ribbing of Manchester United – by claiming he found it difficult to say their rivals’ name – and an admission that he collects Sergio Aguero shirts.

Haaland, a £51million signing from Borussia Dortmund, expressed confidence that City can scale new heights in their quest for Champions League glory and described why he opted for the Premier League over La Liga – despite sceptics of the move suggesting he is eventually destined for Real Madrid. 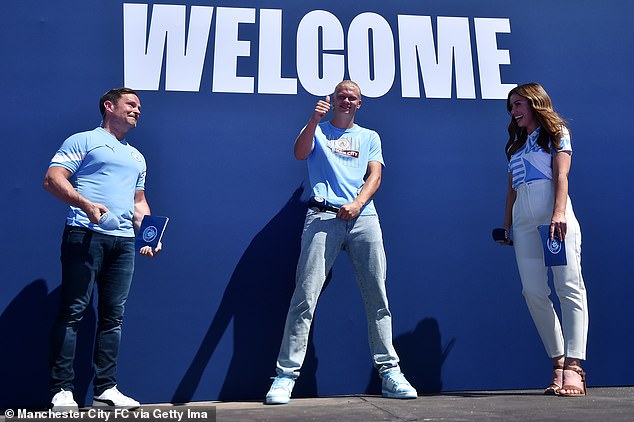 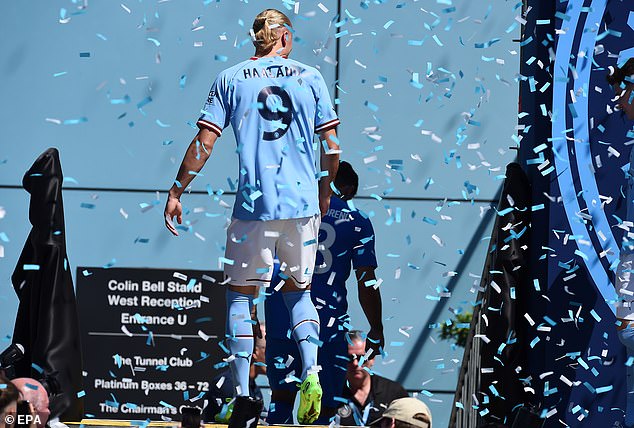 ‘I played against them last year and when you meet it is completely different to the TV. I didn’t touch the ball for 25 minutes and it is like, “(Ilkay) Gundogan please stop playing tiki-taka”. It is a different level how they play and that is what I want to be a part of.’

Asked about City’s young squad, he added: ‘It’s not only me and Phil Foden here. There are so many good players. City are already Premier League winners and there is still huge potential.

‘That is a really exciting thing. I’ve said before that the Champions League is my favourite competition, so you have your answer [on targets].’

Haaland was flanked by his father, Alfie, and lawyer, Rafaela Pimenta, as he insisted there is much Pep Guardiola can improve in his game. He praised his inner circle as he embarks on a new journey at his fifth club. 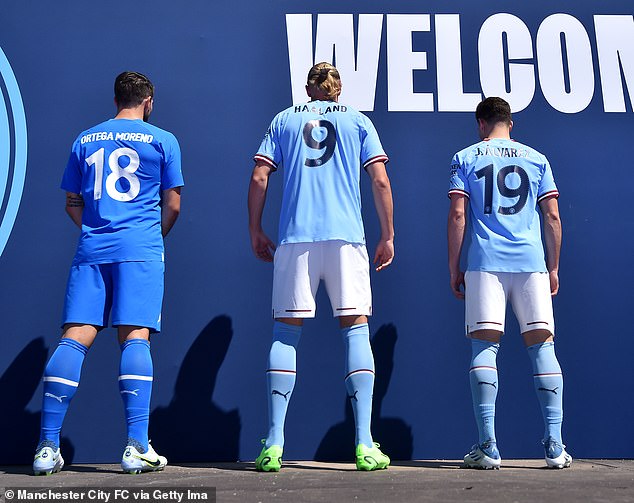 Haland, Julian Alvarez and Stefan Ortega Moreno all appeared on the City stage 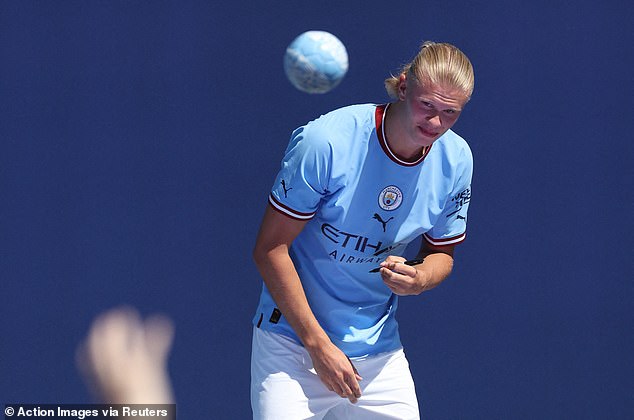 ‘We have been doing every step perfectly, I have a good and small team around me that focus a lot,’ he added.

Haaland gave more of a jab at United later in the unveiling, revealing his new club’s rivals as the team he is most looking forward to facing in City colours. 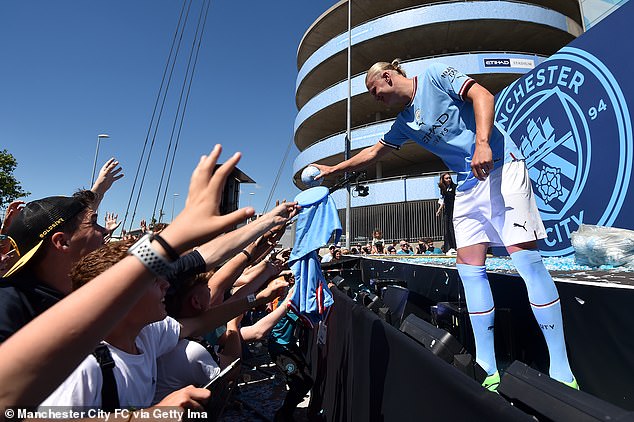 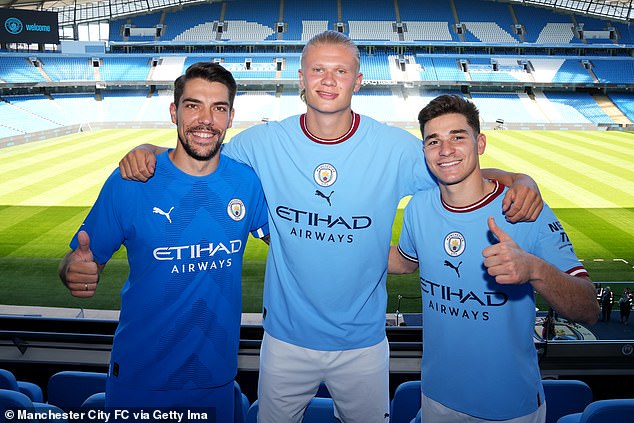 ‘Which team are you most looking forward to playing against?’ asked presenter Danny Jackson, as fans goaded the Norwegian for his response.

Haaland paused, before revealing City’s local rivals as his answer.

‘I have to say, I don’t like to say the words, but Manchester United, yeah,’ he said.

The response was greeted by cheers from the crowd and a loud ‘Yes!’ from the host.

Chants of ‘City, City, City!’ rounded up the reaction.