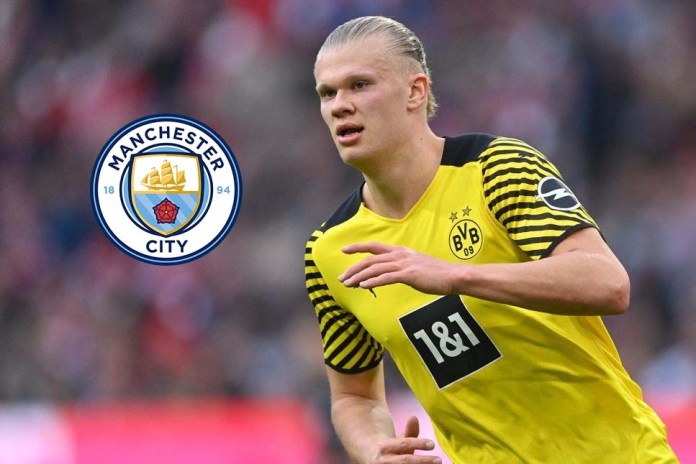 Erling Haaland New Team: DONE DEAL! Manchester City sign Erling Haaland – Defending Premier League champions Manchester City have secured the signature of Norwegian goal-machine Erling Haaland. According to the latest developments, the deal is all done and could be officially announced as early as this week despite medical being completed. Follow live football updates on InsideSport.IN.

Erling Haaland to Manchester City, here we go! Haaland has passed medical tests as new Man City player today, he’s back in Dortmund. It will be OFFICIAL this week 🚨🔵 #MCFC

Man City told BVB board that they will activate release clause [closer to €60m than €75m] in few hours. pic.twitter.com/heYobi8S1Y

According to the ever reliable Sky Sports journalist Fabrzio Romano, Manchester City have completed the signing of Erling Haaland from Dortmund until 2027.

David Ornstein had revealed that Manchester City have completed the deal with Haaland’s representatives to bring the wonderkid to their team. The 21-yeat-old has a release clause of £63 million in his contract with Borussia Dortmund, which Guardiola’s team is prepared to trigger.

It was far from an easy pursuit since many teams were interested in acquiring Haaland’s services, given his exceptional numbers for both his club and his country. Reportedly, this deal with Manchester City will earn Haaland more than £500,000 per week, which will make him the highest-paid player in the Premier League ahead of the likes of Cristiano Ronaldo, Harry Kane and Mohamed Salah.

Haaland rose to fame back in the 2019/20 season, where he scored 28 goals in only 22 matches for Austrian side Red Bull Salzburg. He was subsequently signed by Bundesliga outfit Borussia Dortmund for a fee slightly less than £20 million, and since then, the goal-machine has simply not stopped scoring.

In his 88 appearances for the Black and Yellow so far, Haaland has scored 85 goals. Besides that, he also had scored 15 goals in his 17 appearances for the Norway national team, including two hat-tricks – against Romania and Gibraltar. Interestingly, though he is a citizen of Norway, Haaland was born in England. His father, Alfie Haaland was also a football and played three seasons for Manchester City.