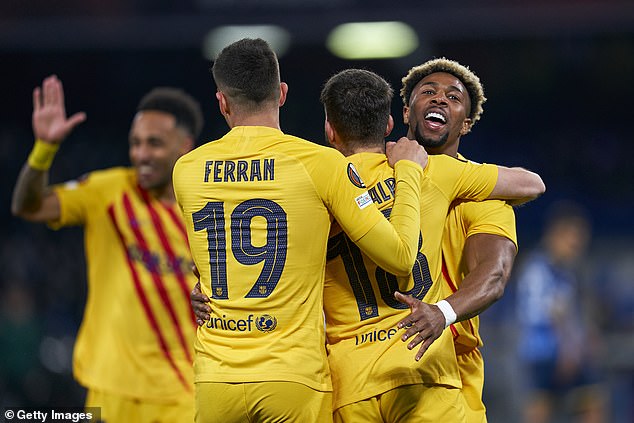 Europa League LIVE: James Tavernier grabs his second of the night with a classy back-post finish and restores Rangers’ two-goal cushion over Borussia Dortmund, as Pierre-Emerick Aubameyang gets on the scoresheet AGAIN for Barcelona

Barcelona breezed through to the Europa League last 16 with a 4-2 (5-3 on aggregate) win over Napoli on Thursday night.

The Catalans got off to a firing start to go 2-0 up within 13 minutes thanks to Jordi Alba’s counter attack and a Frenkie de Jong screamer.

Napoli looked to have clawed their way back into the game after Marc-Andre ter Stegen’s fumble brought Victor Osimhen down just inside the box to award the home side a penalty. Captain Lorenzo Insigne calmly slotted home from the spot.

But Gerard Pique was clinical just before the break, while January signing Pierre-Emerick Aubameyang struck the other side of half time to seal the victory.

Matteo Politano managed to pull one back for the Italian side in the game’s dying minutes but it was a mere consolation for Napoli with their fate already sealed. 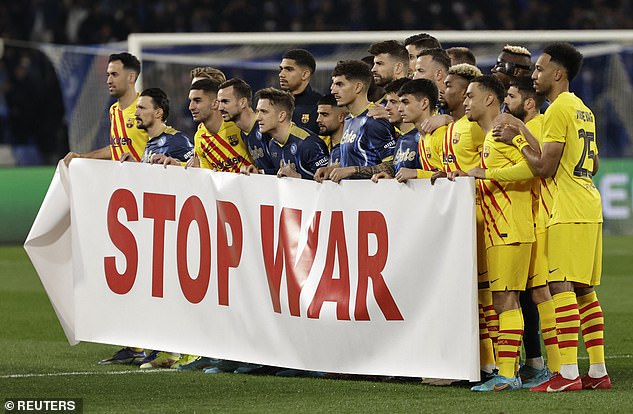 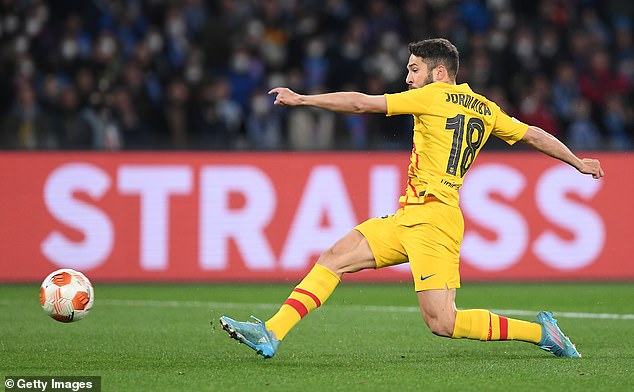 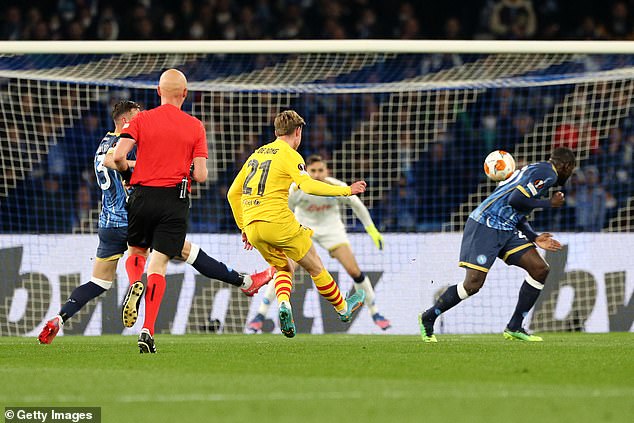 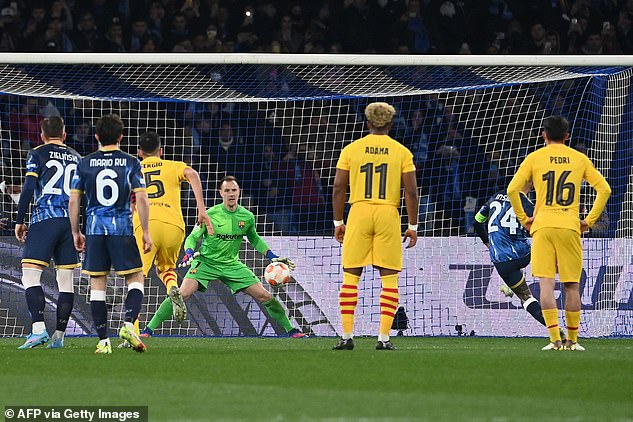 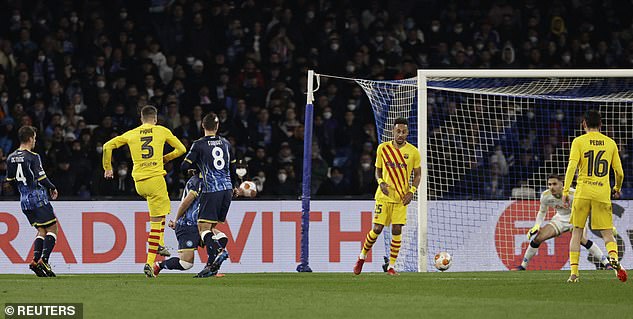