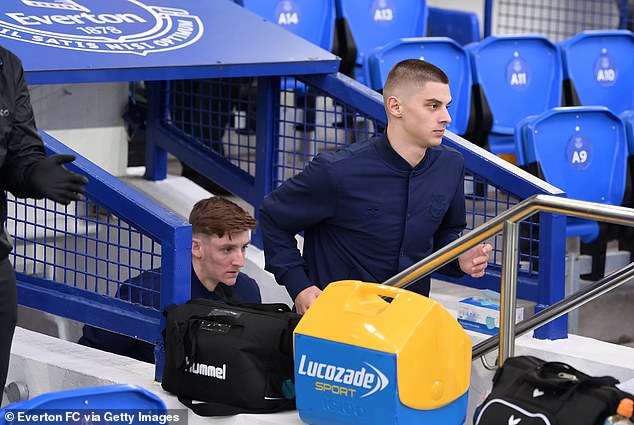 Everton are set to silence their pre-match air raid siren when they face Manchester City on Saturday following Russia’s invasion of Ukraine.

Air raid sirens were heard going off in the Ukrainian capital of Kyiv on Thursday after Russia’s President Vladimir Putin launched what he called a ‘special military operation’.

And in light of the invasion, the Toffees are set to go without part of their pre-match routine at Goodison Park in tomorrow’s late kick-off in the Premier League.

The Merseyside outfit introduced a new pre-match initiative in 2019 in which, instead of a normal rendition of Z Cars, former boxer Tony Bellew’s ring-walk version is played instead – including the air raid siren before the drums begin.

It was played for the first time ahead of a goalless Merseyside derby stalemate with Liverpool nearly three years ago, and the change has gone down a treat with Toffees fans ever since.

But while there is likely to be no air raid siren played on Saturday, there could be protests against the Russian invasion at grounds across the country by displaying Ukraine flags in a show of solidarity for the besieged nation.

It comes as the Premier League’s Ukrainian players voiced their anguish on social media, including Everton’s Vitalii Mykolenko.

Toffees fans will be among those that will display a banner in support of Ukraine – and their 22-year-old defender – this weekend.

The FA will not consider the presence of flags on the pitch or in the stands as a breach of their rules. The governing body usually prohibit anything construed as a political message. 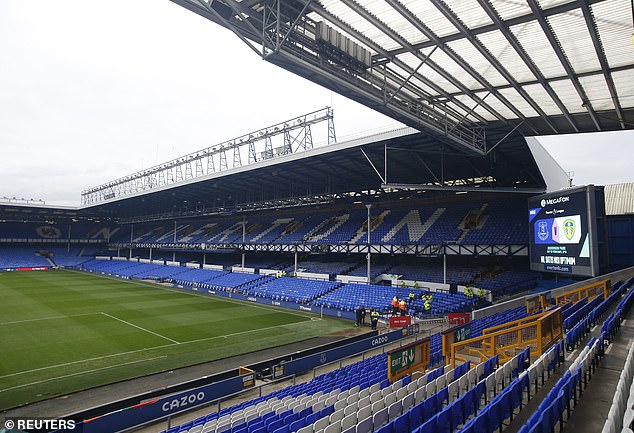 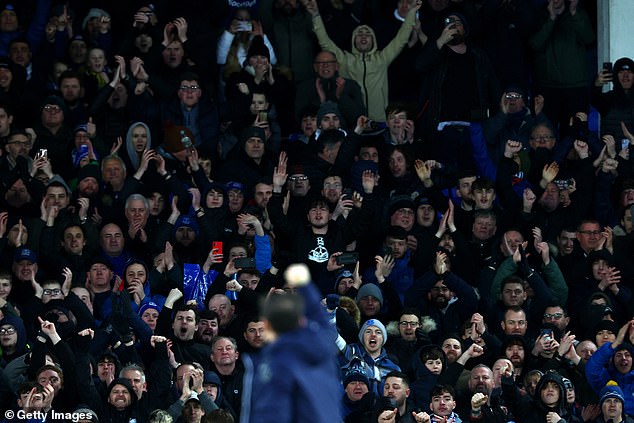 The FA however will monitor activities in all their fixtures this weekend and will investigate players or officials who protest on a case-by-case basis.

Should any players reveal politically charged shirts in reference to the Russian invasion, they will be liable to sanctions, though displaying the Ukraine flag will not get clubs into trouble.

Sportsmail contacted FIFA, who did not respond. The world governing body previously told competition organisers to apply ‘common sense’ when considering whether to punish players.

In another move, UEFA will confirm their decision to move the Champions League final from St Petersburg following an emergency meeting of their executive committee, with Paris’ Stade de France now set to host the final. 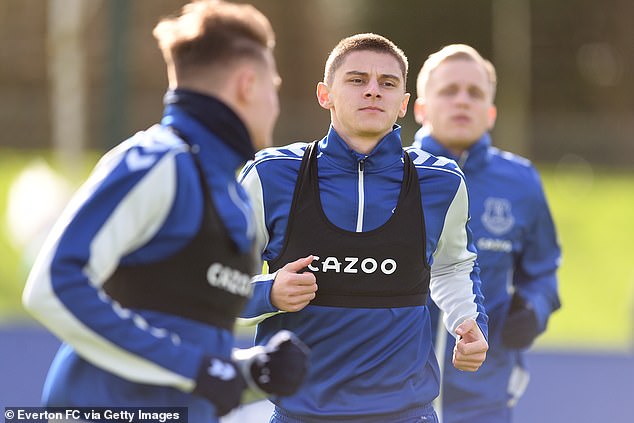 Meanwhile, it is understood Everton’s Ukrainian left-back Mykolenko has been in training and is still available to face the Premier League champions on Saturday afternoon.

However, boss Frank Lampard is set to monitor the defender and could confirm in his pre-match press conference this afternoon whether he will be involved against Pep Guardiola’s men.

The club will also offer support to the Ukraine international – who only moved to Goodison Park in January from Dynamo Kyiv for £18million – if the 22-year-old requires it.

Mykolenko has made three appearances so far for Everton and was on the bench for Everton’s 2-0 defeat at Southampton last Saturday. 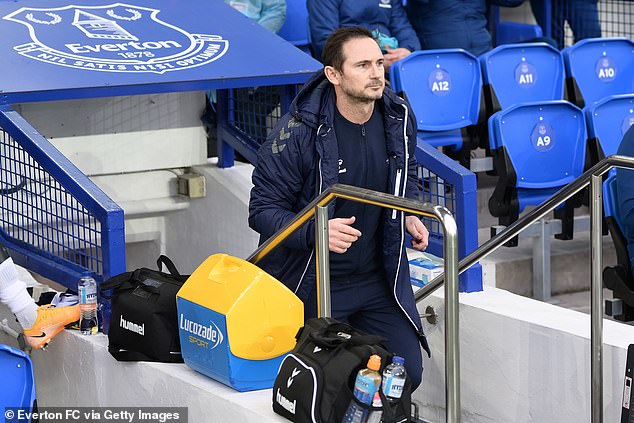 Russia pressed its invasion of Ukraine to the outskirts of the capital on Friday after unleashing airstrikes on cities and military bases.

Troops and tanks are moving in from three sides in an attack that could rewrite the global post-Cold War security order.

Explosions sounded before dawn in Kyiv and gunfire was later heard near the government quarter as Western leaders scheduled an emergency meeting.

Ukraine’s president pleaded for international help to fend off an attack that could topple his democratically elected government, cause massive casualties and ripple out damage to the global economy.

Among the signs that the Ukrainian capital was increasingly threatened, the military said Friday that a group of Russian spies and saboteurs was seen in a district of Kyiv about 3 miles north of the city centre.

US intelligence warned of a plan to seize an airport, fly in troops, and ‘decapitate’ the government.

Anton Herashchenko, an adviser to the country’s interior minister, said Friday will be the war’s ‘hardest day’ as Russia armour pushes down from Chernihiv – to the north-east of the capital – and Ivankiv – to the north-west – in an attempt to encircle the city, where President Volodymyr Zelensky is still holed up.

Once the city is surrounded, US intelligence believes the plan will be for Russian special forces to move in and seize an airport – likely Sikorsky or Boryspil – which would then be used to fly in a much larger force of up to 10,000 paratroopers who would assault the capital.

The job of the paratroopers would be to enter the city, find Zelensky, his ministers, and parliamentarians, before forcing them to sign a peace deal handing control of the country back to Russia or a Moscow-backed puppet regime – effectively ending the war without Putin’s ground forces going to the difficult and bloody trouble of seizing and occupying the whole country.

It appears the Russians almost pulled off the plan on Day 1 of the invasion when 20 attack helicopters landed a crack team of troops at Antonov Airport, 15 miles to the north of Kyiv, where they spent the day fighting. 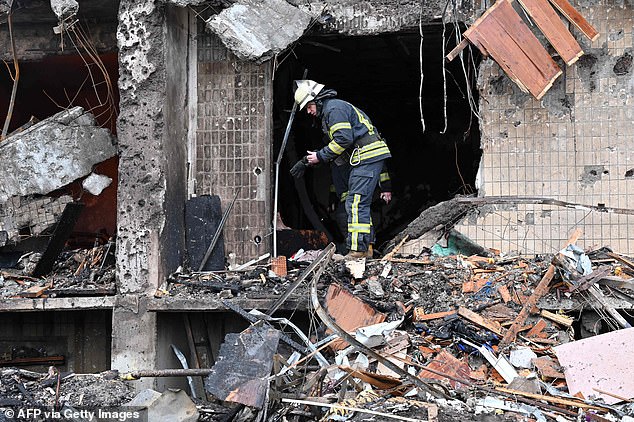 Firemen pick their way through the rubble of a destroyed apartment in Kyiv, as President Zelensky said the Russian military is now targeting civilian areas