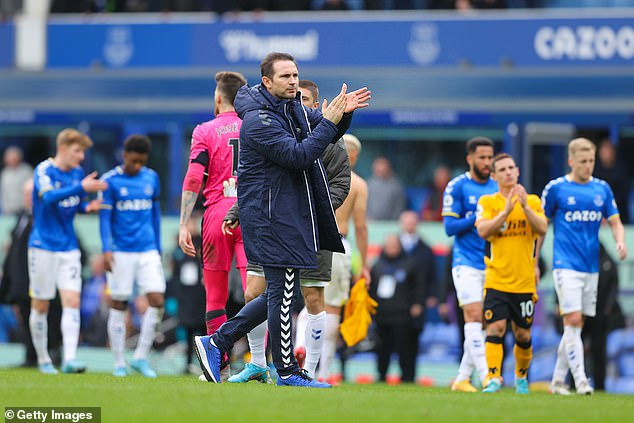 ‘Tomorrow I’m just expecting EVERYONE together fighting’: Frank Lampard calls on his Everton stars to play ‘at a level of passion that engages the fans’ against Newcastle in bid to lift mood around relegation-threatened side

Frank Lampard believes the mentality of players and fans alike will be crucial in turning Everton’s season around and avoiding relegation.

Everton go into Thursday’s fixture against Newcastle outside the bottom three on goal difference alone, albeit with three games in hand on 18th-placed Watford, with Lampard having overseen only one league victory since taking over at the end of January.

The creeping sense of gloom deepened with Sunday’s 1-0 home defeat to Wolves – a result which prompted Lampard to express surprise at the ‘instant negativity’ which can follow setbacks at Goodison Park – and he wants to see a different mood this week. 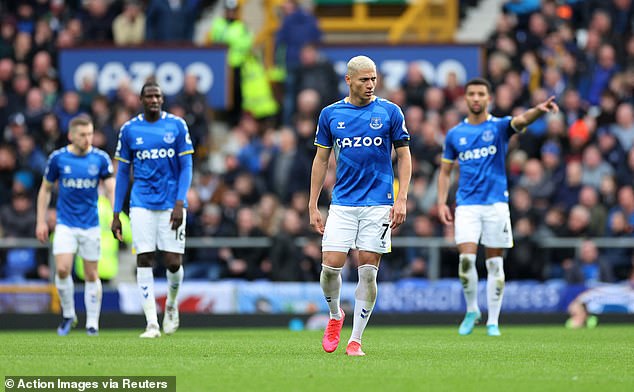 ‘I think if you walk around in fear of (relegation) happening there’s a good chance you’re adding to the chances it may happen,’ he said.

‘It’s not the time for lies or to change the story. We know where we’re at. But we’ve also seen this club stay up on the last day of the season a couple of times. It’s nothing that’s absolutely new.

‘Nerves creep in, that’s human nature, but for us it’s not about what might be but what we can action, what we can deal with, and that’s the 12 games in front of us.’

Lampard, who is waiting to learn whether or not striker Dominic Calvert-Lewin can return from illness on Thursday, rejected Jamie Carragher’s assertion on Monday Night Football that Everton’s players had been an ‘absolute disgrace’ while challenging them to answer their critics. 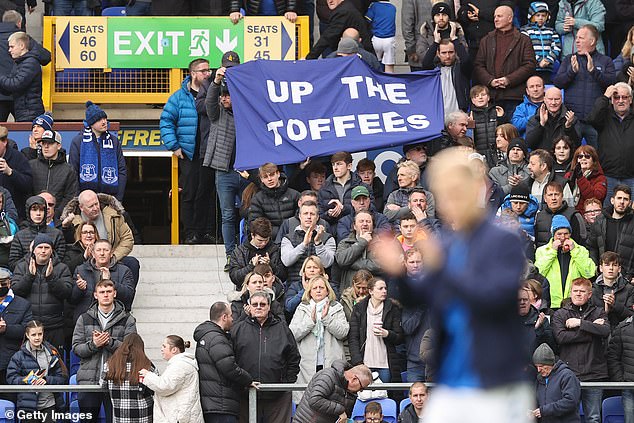 ‘Tomorrow we’re expecting everyone together fighting,’ he said. ‘Every game is so important, there are 12 of them left and they’re massive. At Goodison we want to be together. I want the players to start well, we have to engage the fans and when we do that together we’re a force.

‘It’s the players’ job to answer on the pitch. You look at the Tottenham game (a 5-0 defeat), I didn’t like the game at all. I wouldn’t use that language, but I didn’t like it at all. We have to accept people have opinions, we have to get together and answer it on the pitch.’

Newcastle were four points below Everton having played a game more when Lampard took over at Goodison Park but, aided by the impact of the Magpies’ January spending, Eddie Howe has steered his side to 14th place, nine points above the bottom three and increasingly removed from the relegation battle.

Battling at the bottom of the table is not something Lampard was accustomed to as a player – nor in his previous managerial appointments at Derby and Chelsea – but the 43-year-old insisted he is equipped for the situation. 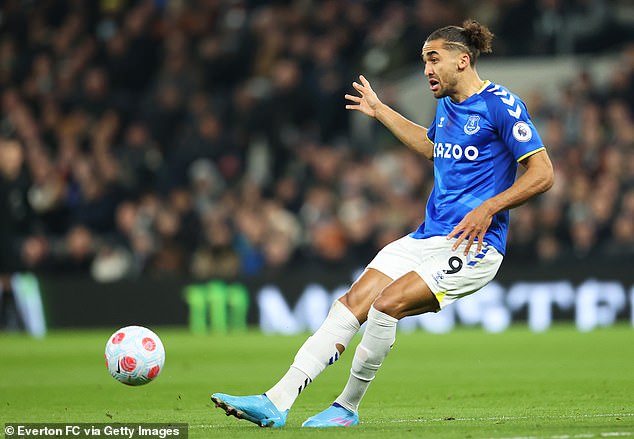 ‘The experience I can bring to the players is having to deal with external pressure. I think I made a career out of working hard and I carry that into my coaching, trying to give them those talks individually and collectively.

‘Sometimes a manager’s role is to support players and give them confidence. I don’t lean so much on my experience and start boring them with stories. A lot of them were probably very young and have no idea what it means.

‘It’s more important to give them the right direction now.’

As a former attacking midfielder, Lampard has also faced questions over whether he is the man to instil the defensive discipline Everton will need to get out of trouble – and pointed to the way his side defended against Manchester City in their controversial 1-0 loss last month.