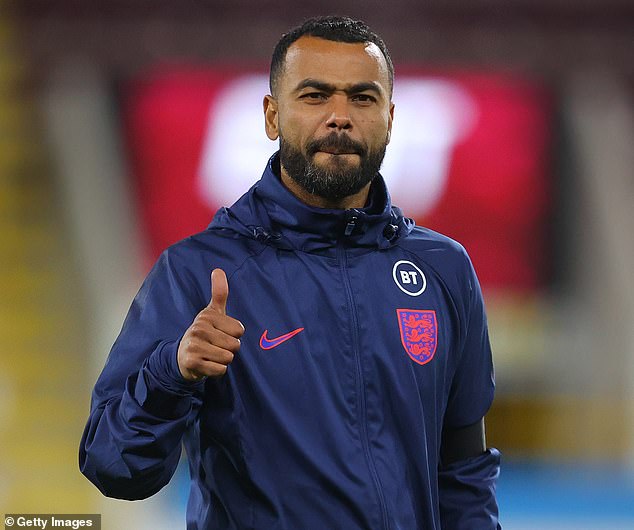 Everton edging closer to adding Ashley Cole to new manager Frank Lampard’s backroom staff, with the England Under 21 assistant set to link up with his former Chelsea team-mate

Everton are confident they will complete a deal to make Ashley Cole the final addition to Frank Lampard’s new backroom staff.

Cole, who is currently assistant manager of the England Under 21 team, has been in talks with Everton for the last 48 hours about joining Lampard, his former Chelsea team-mate, at Goodison Park.

Lampard has made a statement by bringing Paul Clement, Chris Jones and Joe Edwards with him to Merseyside, while he persuaded club icon Duncan Ferguson to remain as part of the new set along with goalkeeper coach Alan Kelly. 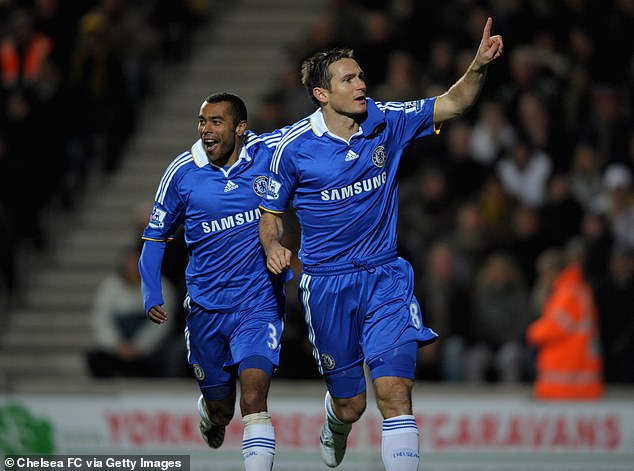 It now seems increasingly like that Cole, 41, will be installed into a position though it remains to be seen whether he will be able to continue on a part time basis with The Football Association.

Life under Lampard is fully underway at Everton after their new manager held his first training session with the squad on Monday afternoon.

Lampard was unveiled as their new boss on Monday at 1.30pm, signing a two-and-half year deal with the Toffees. 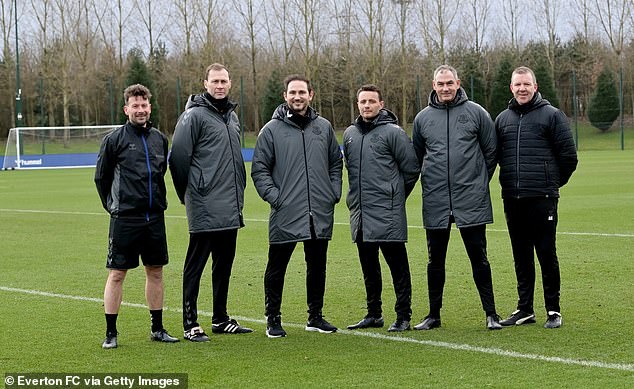 And by 3pm that day, he was in the thick of things as he oversaw training ahead of Saturday’s clash against Brentford in the FA Cup fourth round.

Upon joining, Lampard said: ‘It is a huge honour for me to represent and manage a club the size and tradition of Everton Football Club.

‘I’m very hungry to get started. After speaking to the owner, Chairman and the Board, I very much felt their passion and ambition. I hope they felt my ambition and how hard I want to work to bring it together. 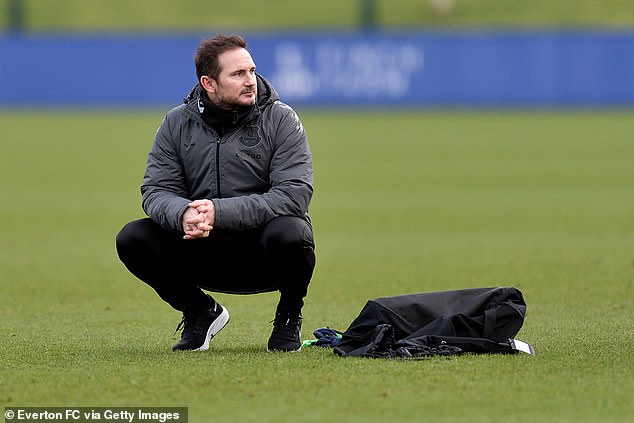 ‘You can feel the passion Everton fans have for their club. That will be hugely important. As a team – the competitive level that the Premier League brings and the position we are in the table – we certainly need that. It’s a two-way thing.

‘I think Everton is a unique club in that you can really understand what the fans want to see. The first thing they want is fight and desire and that must always be our baseline.

‘My first message to the players will be that we have to do this together. We’ll try to do our job and I know the fans will be there backing us.’