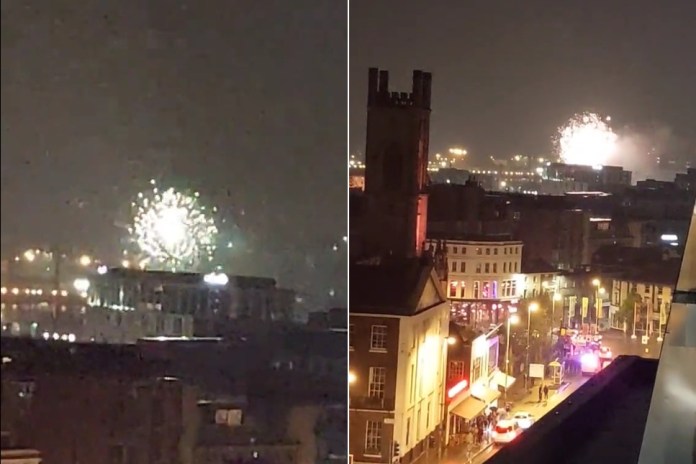 Everton vs Chelsea Live: Everton fans burst crackers outside Chelsea hotel: In the world of football, it is a very common occurrence where the away fans disrupt a good night’s sound sleep for the visiting team. A similar incident was reported as Everton fans were seen bursting fireworks and crackers at midnight next to the hotel where the Chelsea players were residing. Follow Everton vs Chelsea and Premier League Live Updates on InsideSport.IN

The two sides are expected to meet in what appears to be a classic Premier League encounter at the Goodison Park on Sunday. Though it might be referred to as cheap tricks, the Toffees supporters couldn’t be blamed as they are desperate to see their team climb up from the jaws of relegation.

The Chelsea players were bound to be awakened by the sound of the loud bursting of firecrackers next to the Hilton hotel. Such tricks are usually carried out by the away fans to deny a good sleep for the away team players and thereby produce bad results on the pitch the very next day.

Everton fans setting fireworks off outside the hilton Hotel where chelsea players are currently staying .

2:40am atm. Been going on about hour and a half. pic.twitter.com/8mDv5FyW0N

Video footages show that the bursting of the crackers started post 2 am in the morning and reportedly lasted for more than an hour. The Everton vs Chelsea fixture is of great importance for the home fans.

Everton managed by Frank Lampard sees them stranded on the brink of relegation. Currently, in the 18th spot with 29 points from 32 games, Everton will need full support from its fans to score points against Chelsea.

And here we go again pic.twitter.com/5wv6pNXjpc

Though Everton has played a couple of games fewer in comparison to the teams fearing relegation. The Merseyside blues have 6 games to save themselves from the shame of getting demoted. In a bid to increase the morale of the team, supporters have also planned a march at the Goodison Road.

“I see a group here at Everton that are really good lads trying to stay in the league,” said Frank Lampard. “We need to keep that spirit because spirit in football is a huge thing. At the minute the lads are very together and fighting together and I need to lead that.”