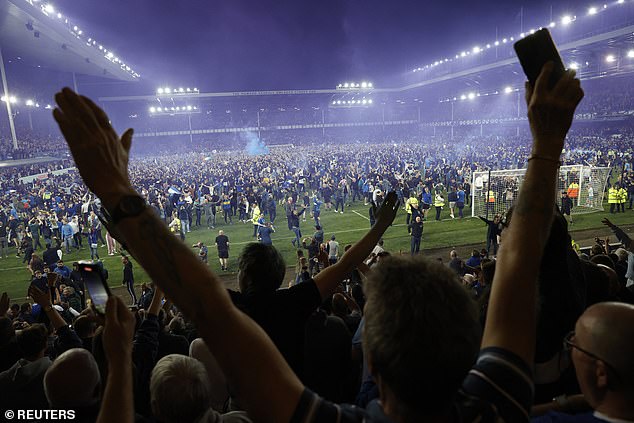 Everton supporters could not contain their emotions as numerous fans invaded the pitch following Dominic Calvert-Lewin’s winner against Crystal Palace on Thursday night.

Frank Lampard’s side were all at sea as Palace stormed into a 2-0 lead in the first-half, but a stirring second-half comeback means the Toffees are safe and will be playing in the Premier League next season.

And after Calvert-Lewin’s winner five minutes from time, fans invaded the pitch at Goodison Park, let off flares and stormed the field of play in their hundreds once again following the full-time whistle. 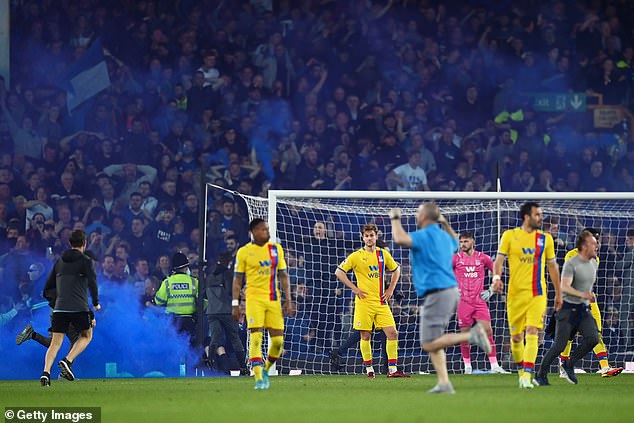 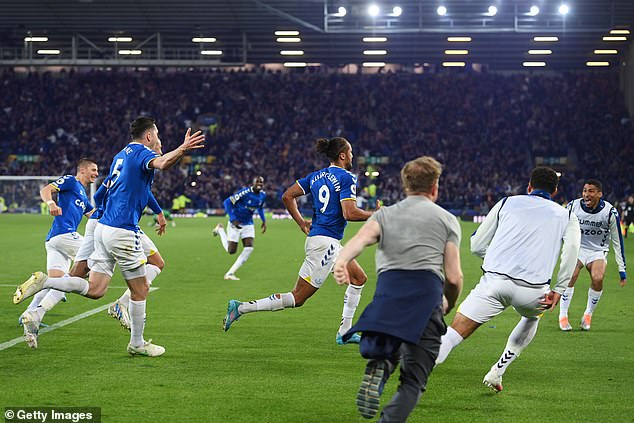 The incident follows a number of pitch invasions this week, including one at Nottingham Forest when Sheffield United’s Billy Sharp was head-butted by a Forest fan.

Robert Biggs, 30, was on Thursday jailed 24 weeks and banned from stands for 10 years.

The PFA released a statement afterwards, saying: ‘We are shocked and appalled by the senseless assault by a fan on Sheffield United’s Billy Sharp.

‘The football pitch is a place of work for our members, this is one of a growing number of incidents this season…

‘Matchday security and fan disorder needs to be reviewed ahead of next season, and we will be raising player safety with the clubs, leagues and the UK Football Policing Unit. There is no place in football for this behaviour. 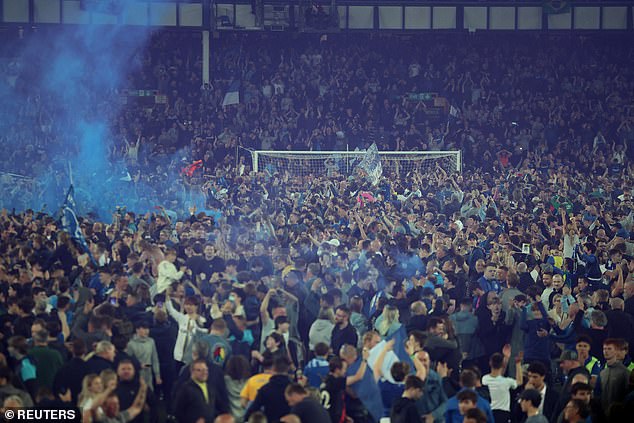 Then, following the full-time whistle, fans invaded the pitch in their hundreds once more 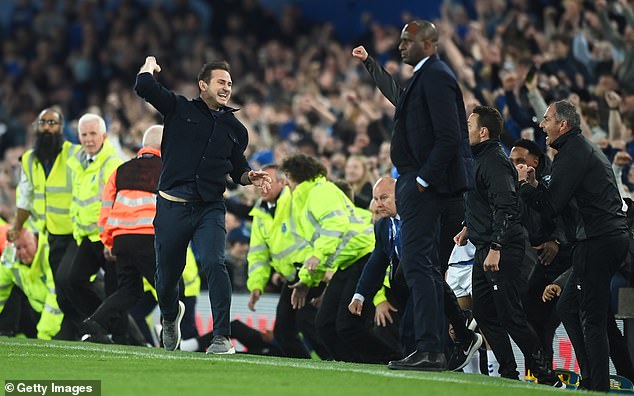 Frank Lampard celebrates at the full-time whistle, when fans then ran onto the outfield

‘We recognise that stewards and the police have a very difficult job, a suspect has been arrested, and Nottingham Forest have confirmed the offender will be banned for life.

‘Finally, our thoughts are with Billy and we hope he recovers quickly.’

Northampton fans also invaded the pitch after losing their League Two play-off semi-final to Mansfield, with a flare thrown at Mansfield players in disgraceful scenes in the Football League.

Meanwhile, Everton’s comeback win means they are four points ahead of both Burnley and Leeds with one match to play. 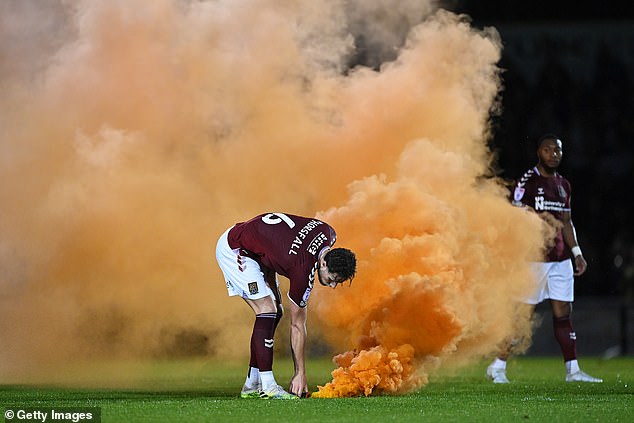 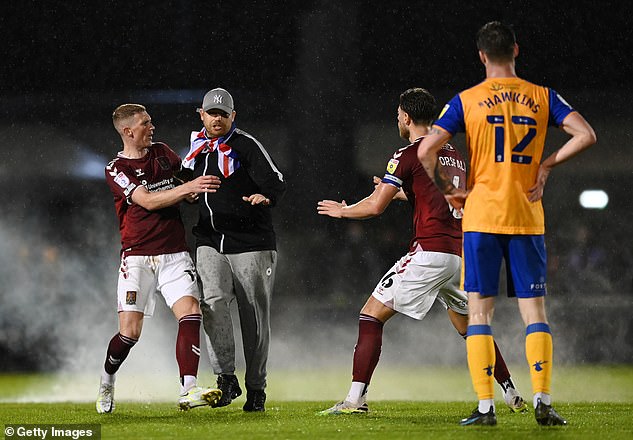