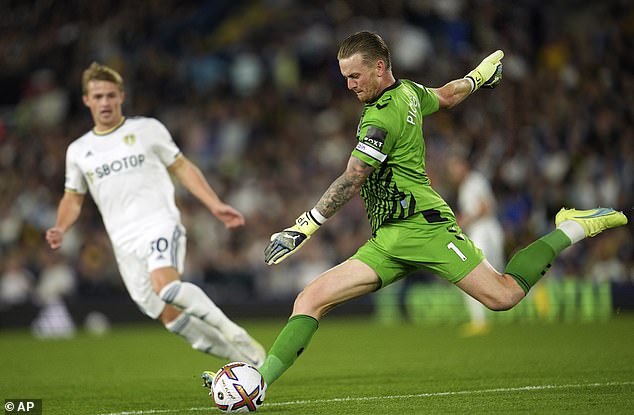 Everton goalkeeper Jordan Pickford’s thigh injury is ‘down to his powerful kicking ability, club doctors fear’… after the England shot-stopper was ruled out for three to four weeks with the problem

Everton club doctors are reportedly concerned that Jordan Pickford’s recent thigh injury could be down to his powerful kicking.

The Englishman sustained the injury during the draw against Liverpool in the Merseyside derby, but he was still able to put in a man of the match performance in the 0-0 draw at Goodison Park.

Everton released a statement saying that Pickford will be out of action until after England’s next set of fixtures.

It said: ‘Jordan Pickford suffered a thigh injury against Liverpool.

‘The England international has undergone medical investigations this week and is not expected to return to action until after the next international break.’

The Toffees’ medical team are now planning to assess Pickford during his injury rehab with concern over his powerful kicking of the ball causing him problems, according to The Sun. 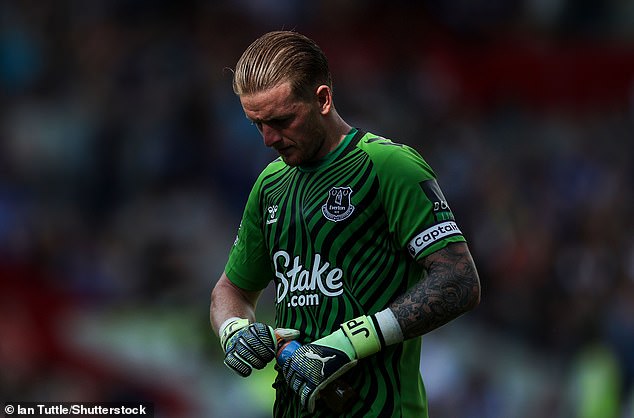 Pickford has already showcased his ability to play the ball long this season as he assisted Demari Gray’s equaliser against Nottingham Forest earlier in the campaign.

The injury to the 28-year-old is not only a blow to Everton but also to England who have UEFA Nations League games with Italy and Germany this month.

However, it will give others the opportunity to stake a claim the number one spot in the England team. 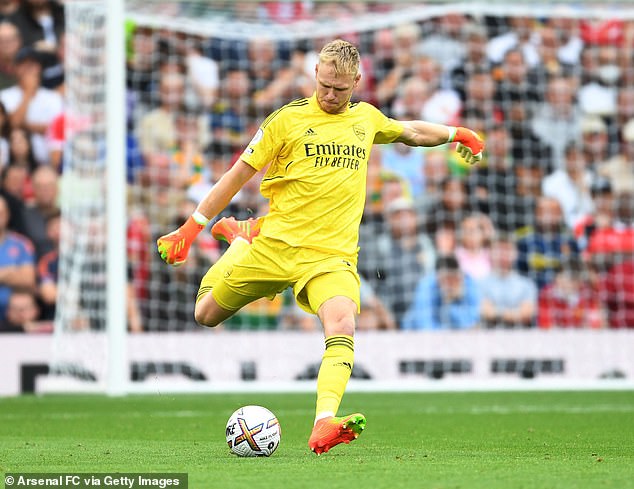 Arsenal’s Aaron Ramsdale and Newcastle’s Nick Pope have both been impressive this season for their respective clubs and will be hoping to do the same should England manager Gareth Southgate give either of them a chance, especially with the Qatar World Cup fast approaching.

Should he be fit, Pickford will still be expected to be Southgate’s first choice at the tournament as he has trusted the Toffees’ goalkeeper in every major tournament he has managed England in.

Everton, on the other hand, are down to one senior goalkeeper as third-choice Andy Lonergan is currently sidelined with a knee injury, leaving former Chelsea and Stoke man Asmir Begovic left to fill the void left by Pickford.