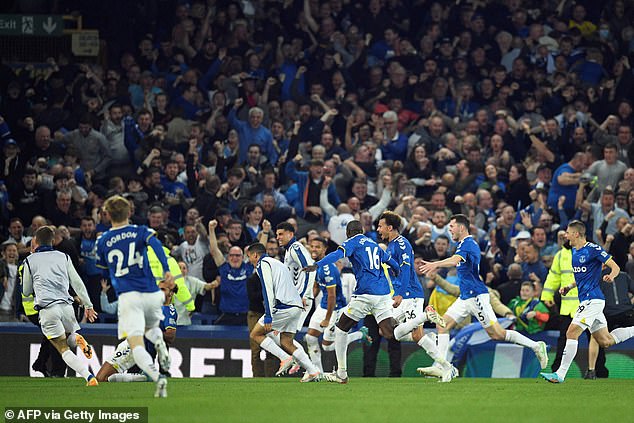 ‘Never again’: Everton legends celebrate the Toffees’ Premier League survival as they hail boss Frank Lampard for his achievement and praise fans for ‘sticking together’… but Kevin Campbell begs them to steer clear of trouble in future

Everton legends and former footballers celebrated the Toffees’ Premier League survival after they produced a stunning comeback over Crystal Palace on Thursday night.

The Blues came from 2-0 down to snatch all three points after Dominic Calvert-Lewin’s late winner at a raucous Goodison Park to avoid the drop to the Championship next season.

Jean-Philippe Mateta and Jordan Ayew put the visitors up in the first half before Michael Keane clawed one back before the break, Richarlison found the equaliser and Calvert-Lewin’s 85th-minute header sparked wild celebrations. 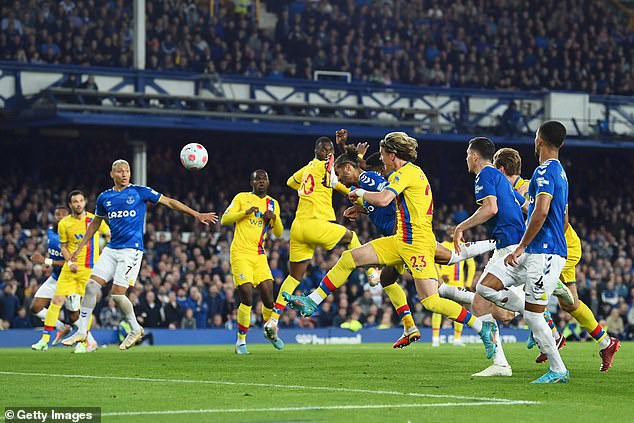 Former players praised the Toffees for staying up after a tumultuous season, hailing boss Frank Lampard for his achievement since taking over mid-season.

Former Blues striker Kevin Campbell celebrated the win but begged the Merseyside club to never put him through watching another relegation battle.

Taking to Twitter, he wrote: ‘It wouldn’t be Everton if they never took the most difficult road! 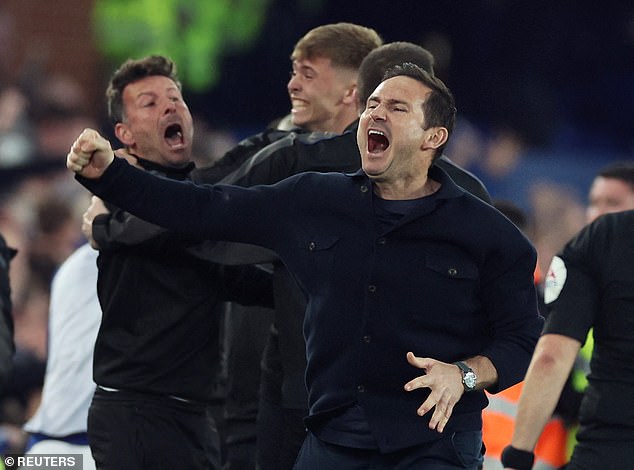 ‘Well Done Frank Lampard, the coaching staff and the team for staying up. Make this never happen again please as this was so painful to watch this great club languishing! COYB.’

Former forward and Sportsmail columnist Chris Sutton also praised Lampard for his work at the club since taking charge.

‘Frank Lampard took on a difficult job at Everton,’ Sutton posted. ‘Big achievement keeping them up with the mess they were in.’

The atmosphere at Goodison was electric as the team coach arrived to a sea of blue from fans’ flares. Prior to the game, Lampard had urged his team to ‘play with the same passion and fight as those in the stadium’ and they delivered.

Club heroes also took to social media to thank the Blues ‘family’ for their support throughout Everton’s top-flight struggles this season.

Former Blues midfielder Tim Cahill said: ‘Thank you to all the Everton fans for lifting the team through the difficult times. Blue family always sticks together.’ 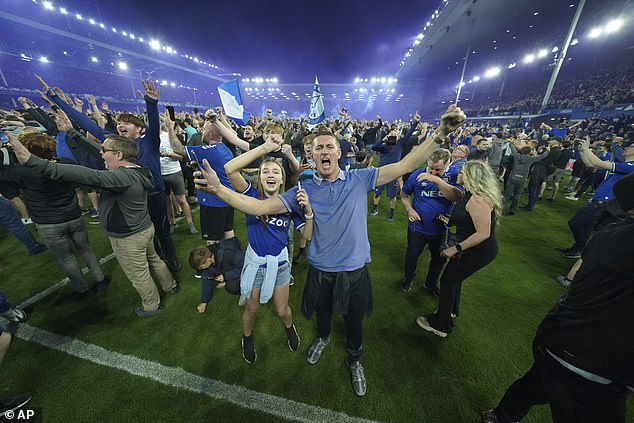 While Tony Cottee, who played for the Toffees between 1988 and 1994, expressed his delight at the survival.

He posted: ‘What a moment for Everton…. So happy for everyone at the club and the fans! COYB.’

Bryan Oviedo, who played at left back at Goodison for four and a half seasons, also congratulated the team.

And later added: ‘ONCE A BLUE, ALWAYS A BLUE!’

Meanwhile, current Everton midfielder Abdoulaye Doucoure, who joined the club in 2020, could not hold back his joy.

Everton midfielder Abdoulaye Doucoure, who joined the club in 2020, expressed his joy

‘@Everton UNBELIEVABLE YES IT HAPPENED !!! UP THE TOFFEES,’ he posted on Twitter.

Everton head into the final game of the season against Arsenal knowing their safe, while Leeds and Burnley’s fates will come down to the last day.

The Clarets moved out of the relegation zone on Thursday night with a draw against Aston Villa but are only ahead of Leeds on goal difference.