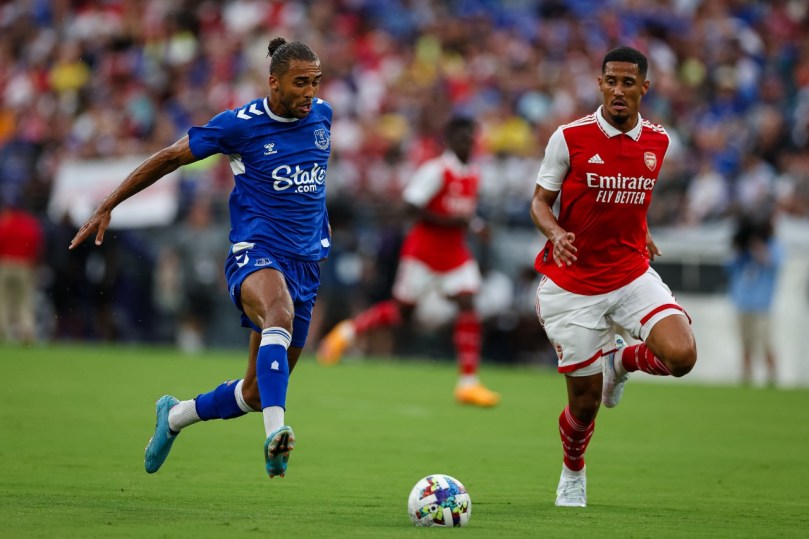 Premier League 2022-23: Everton lose Dominic Calvert-Lewin to injury for six weeks: Everton have been dealt a major blow ahead of the new…

The 25-year-old England striker sustained what Lampard called a “freak” knee injury in training ahead of Everton’s clash with Chelsea at Goodison Park on Saturday.

Frank Lampard has confirmed striker Dominic Calvert-Lewin will miss our #PL opener after sustaining a knee injury in training.

Calvert-Lewin’s injury leaves the Toffees short on options up front after Richarlison was sold to Tottenham, while Salomon Rondon is suspended for the visit of Lampard’s former club.

“Losing a player of Dominic’s quality in the week going into the first game is obviously going to affect you,” said Lampard.

“We are probably looking at around six weeks for the injury. It has been assessed over a couple of days and that is where we are at.

“It comes with the territory of having a squad and training at this level. We will have to work around it.”

He made just 17 Premier League appearances, but one of his five goals proved to be the difference in maintaining Everton’s top-flight status as he netted the winner in a dramatic 3-2 win over Crystal Palace in May.

“It is a knock for everybody, particularly him, because I know the feeling as a player when you are getting pumped up and ready for the new season.

“I feel for him, but we will support him, as we always do, and as a team and squad we just have to look at the games in front of us.”

Lampard admitted he was looking to strengthen his attacking options with Chelsea striker Armando Broja reportedly a target.

“I wouldn’t speak about other targets individually, but in that area of the pitch, yes, we are obviously aware of what we have.

“We have lost Richarlison who was versatile across the front. I know we have bought in Dwight (McNeil) but we are very aware of areas we want to strengthen.”