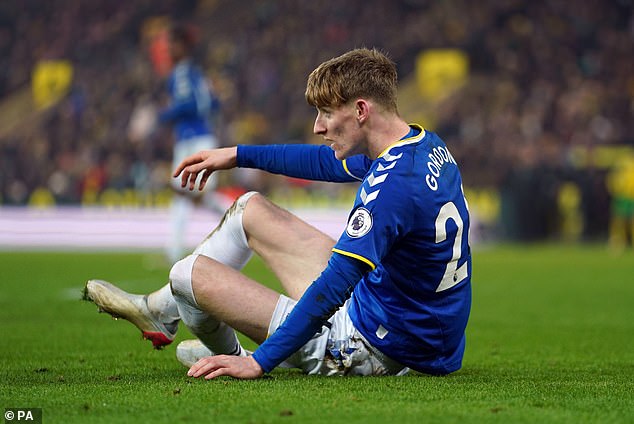 Maybe it was the sound of an entire stadium singing ‘you’re getting sacked in the morning’. Perhaps the banner telling him to ‘get out of our club’.

Possibly the sight of a supporter hopping over the advertising boards and sprinting towards him, steward in tow trying to catch him. Or maybe it was the text message from Everton owner Farhad Moshiri telling him they should talk. At some stage on Saturday, Rafa Benitez realised the jig was up.

It had gotten too noisy and too ugly. As Benitez conducted his post-match media duties at Carrow Road, the final words of his press conference were: ‘I just try to do my job.’ Not anymore. 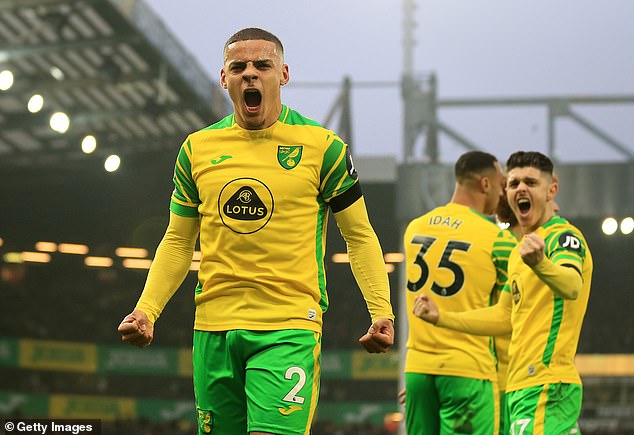 Norwich were able to play like Brazil against the Toffees, despite sitting rock bottom at kick-off

This defeat was the final nail in the coffin. Norwich had lost their last six in the league, all without scoring, but were made to look like Brazil in those yellow and green shirts of theirs.

Dean Smith’s side won easily to move off the foot of the table for the first time since December 3, largely thanks to dire defending from the visitors.

Everton sold Lucas Digne to Aston Villa after the left back had fallen out with Benitez. His replacement, Vitaliy Mykolenko, had a Premier League debut to forget at Carrow Road.

It was Mykolenko who failed to stop the Josh Sargent cross which led to Michael Keane’s own goal. Adam Idah then made it 2-0 just 92 seconds later, after a fine counter-attack initiated by Brandon Williams. 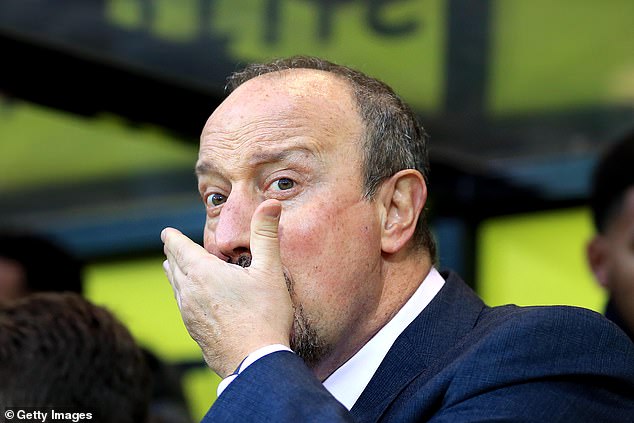 Benitez had little hope of surviving such a collapse, and Everton now face a relegation scrap 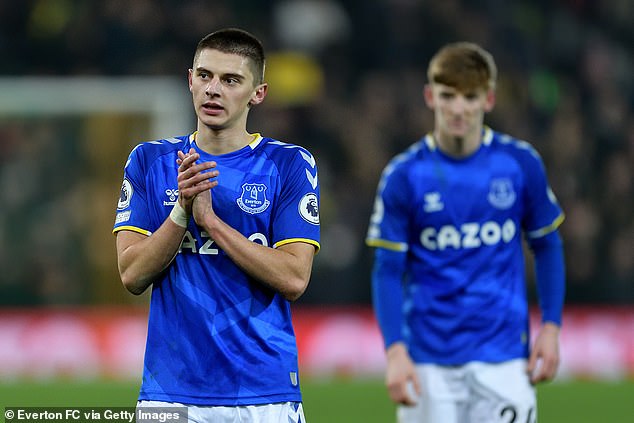 It could have been 3-0 when Mykolenko inexplicably tried to pass back to Jordan Pickford, not realising Idah was there. Watching his poor performance made you ponder the considerable power that Benitez was allowed to wield at Everton.

Do not forget director of football Marcel Brands and director of medical services Danny Donachie both departed the club, too, after seemingly losing battles with the manager.

It was not just that Everton lost on Saturday. It was how they lost. Trailing 2-0 at half-time, it felt strange that Benitez did not make any substitutions to change the complexion of the match. When Richarlison came on in the 54th minute, this was Everton at full strength, he and Dominic Calvert-Lewin finally on the field together.

Richarlison scored a superb overhead kick to give the visitors hope but other than that, they did not trouble a Norwich side that resembled the walking wounded. Both Williams and Max Aarons needed replacing in the second half, as did Sargent.

Goalkeeper Tim Krul hurt his shoulder but was barely tested by the visitors. Even in seven minutes of added time, it was Norwich who looked the likelier to score, striking the post with the game’s final kick. 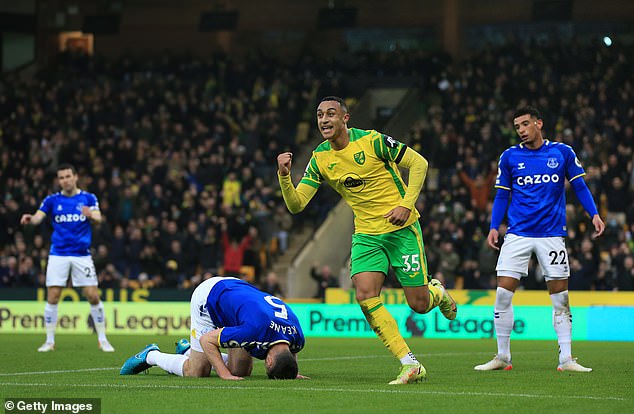 Moshiri is bound to make an appearance on talkSPORT soon enough to explain his decision-making, as he is prone to do. That will be an interesting listen. But this is as much on him as anybody.

He thought this former favourite of Liverpool would take Everton to the next level and he was wrong. This appointment has been one of misery and that is why a banner also appeared in the away end saying ‘sack the board’.

Everton’s fans had just witnessed a ninth defeat in 13 Premier League games and wanted to be heard. Some stayed behind to vent their frustration and you wondered whether Benitez would show for his television interviews. By the time he did, the fans had been shown the exit. Now, so has Benitez.

With Aston Villa the next visitors to Goodison Park this Saturday, the only positive for Benitez is it was not Steven Gerrard who pulled the trigger.