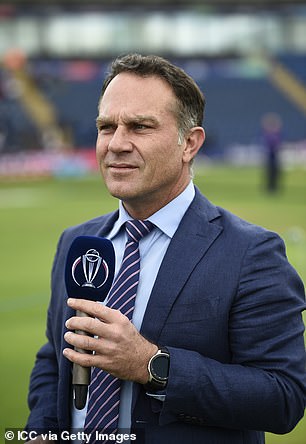 Read the emails that cricket star Michael Slater allegedly sent an ex-girlfriend: ‘I am going to do my best to make you feel my pain’

Michael Slater allegedly told an ex-girlfriend he would make her ‘feel my pain’ in a series of disturbing text messages.

The former Australian cricket star is believed to be staying in a mental health facility, and is defending charges of assault and stalk/intimidate relating to an incident in April this year.

A Victorian mother-of-three has alleged she was at the receiving end of a bombardment of messages from Slater, 52.

The pair started dating in 2016 but it’s believed most of the alleged abuse began after the relationship broke down.

‘I’m going to do my best to make you feel my pain. I’m now completely over you and going to bring you down. No one deserves the treatment I’ve received,’ Slater allegedly wrote to the woman, The Herald Sun reported.

The series of messages appears to show Slater lashing out at the woman, who he claims ‘destroyed me’.

‘I get how stubborn and heartless you are. No threats but if something ever stupid occurred you did it. I strongly advise you get over yourself and start realise how you’ve f***ed me up,’ one message by the former Test cricketer allegedly read.

‘Your treatment of me is just sick and I feel like a worthless piece of s***. 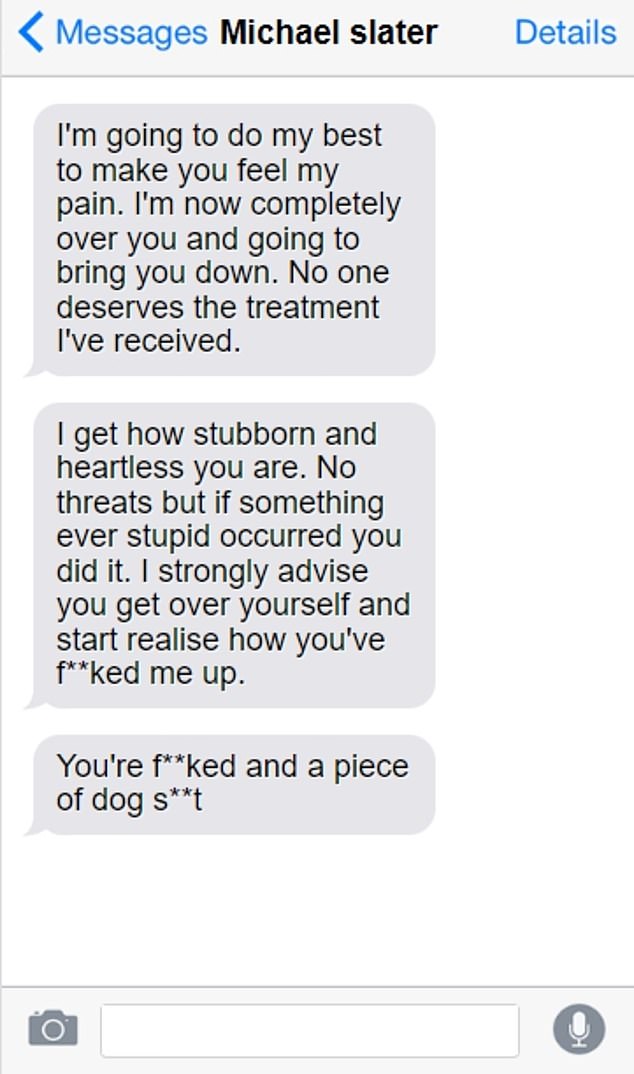 In another message, Slater is allegedly seen apologising for making ‘idle threats’.

‘Our time has been our time and is completely private. I just haven’t wanted it to end because it’s been amazing and wanted it forever,’ he allegedly said.

‘But sad truth it is over and you won’t hear from me again.’

The woman claims Slater would threaten self harm unless she agreed to get back together with him.

‘The days of him being referred to as a legend are long gone,’ she told the Herald Sun about Slater being known as a cricketing hero.

She also claimed she was forced to take out a deed which legally enforces Slater to destroy any intimate content he had of the woman that was taken without her consent. 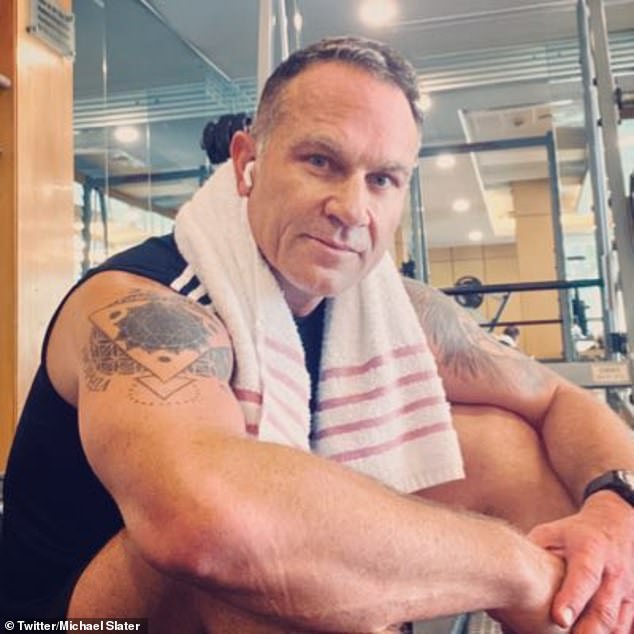 The former cricket star is believed to be staying in a mental health facility, and is defending charges of assault and stalk/intimidate relating to an incident in April this year

Slater also allegedly put an app on her phone to track her movements.

The 52-year-old was charged for allegedly breaching his bail in July this year.

Police rushed to his home in Manly, on Sydney’s Northern Beaches, after reports of concern for his welfare.

On arrival they immediately called NSW Ambulance after allegedly finding him in breach of an alcohol and/or drug restriction.

Slater was released on bail on conditions including that he abstain from alcohol and drugs.

On April 27 a court dismissed charges that Slater stalked or intimidated his ex-partner and used a carriage service to menace or harass her.

Slater will face court in January next year of the assault and stalking charges. 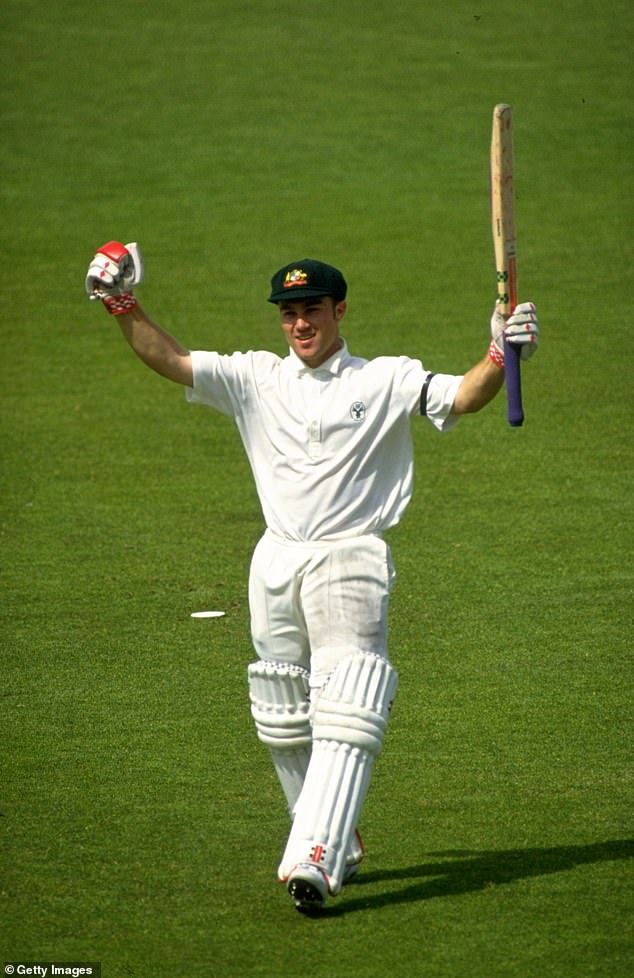