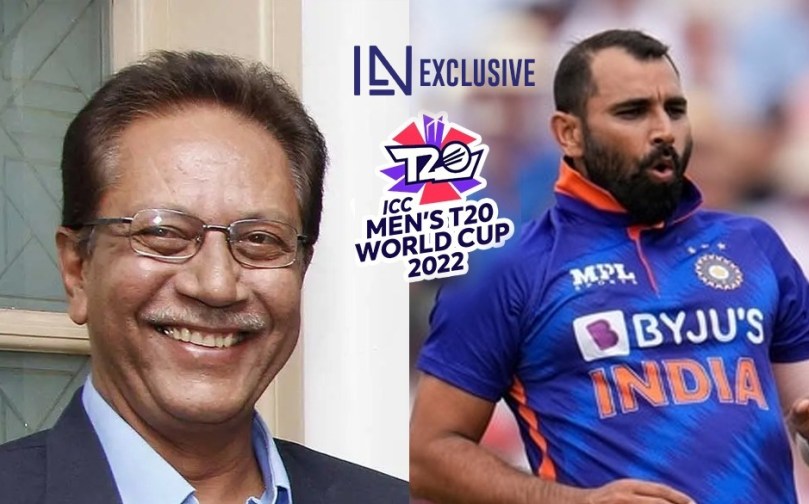 India T20 WC squad: Mohammed Shami T20 Squad: There are concerns if Jasprit Bumrah and Harshal Patel will be fit for the…

India T20 WC squad: Mohammed Shami T20 Squad: There are concerns if Jasprit Bumrah and Harshal Patel will be fit for the T20 World Cup. It is for the same reason India have also not announced the India squad for T20 World Cup. But former India batter Anshuman Gaekwad is quite clear even if the duo is available or not, Mohammed Shami must be in the squad. Follow India T20 World Cup squad live updates with InsideSport.IN

Both Bumrah and Harshal are currently undergoing recovery. If the former suffered back problems, the latter has a rib injury. “Irrespective of Bumrah and Harshal fitness, Shami should be taken to Australia because of his experience,” Gaekwad told InsideSport.

There is more weight to the inclusion of Shami in the World Cup squad now. The Indian bowlers lacked experienced in the Asia Cup at crunch situations. The voice for Shami’s inclusion has grown in the last few days. Even former India coach Ravi Shastri joined the chorus recently.

However, it is evident that the management has overlooked Shami for the shorter format. The younger bowlers have been given the go ahead compared to Shami. For instance, the pacer has not played in the shorter format for India since November last year. That is almost a year now.

But the management might need to change their stance for the World Cup. It remains to be seen what the selectors decide for the Australia event. The bowler possess the ability to take important wickets, which is an important part in a T20 game.

Also, the pacer can make use of the conditions, and can also reverse the ball expertly if there is any such assistance.

“We should not forget that the T20 World Cup is happening in Australia. It has pace friendly wickets. The experience of Shami is going to be needed there. It is a big tournament also. He is a wicket taking bowler, always amongst wickets. That is also important. Everyone can contain a batter, but taking wickets at right time when required, that is what Shami does,” Gaekwad added.