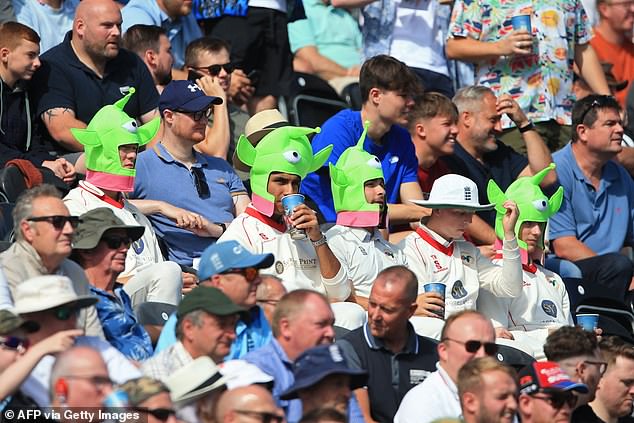 Fans have been banned from wearing fancy dress for the remainder of England’s third Test against South Africa at the Kia Oval, which resumes on Saturday.

A special service to honour the Queen is set to take place on the pitch at 10.30am, and no alcohol will be served until play starts at 11am.

Spectators sporting fancy dress is usually a common sight at all English cricket grounds besides Lords’, but ticket holders have been informed that fancy dress costumes will not be permitted as a mark of respect towards Her Majesty Queen Elizabeth II, who passed away ‘peacefully’ on Thursday. 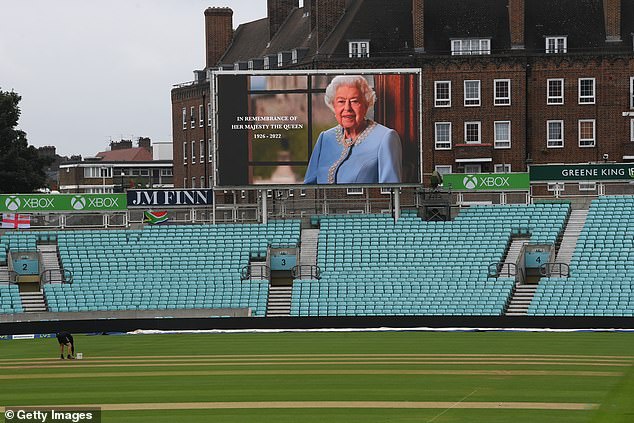 The first day of the series decider was marred by heavy rain on Wednesday and day two was subsequently cancelled as a token of respect for the Queen.

Although plenty of this weekend’s sporting calendar was postponed following the Queen’s passing – including Premier League fixtures and the BMW PGA Championship – the England and Wales Cricket Board were keen to continue the Test match whilst also honouring Her Majesty.

The ECB said in their statement: ‘A minute’s silence will be observed followed by the national anthem. 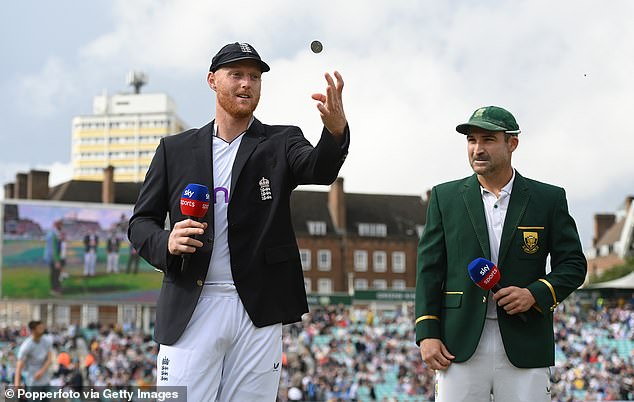 ‘All players and coaches will wear black armbands. Branded inventory will be replaced with messaging paying cricket’s respects to The Queen.’

The proposed national anthem will likely be the first sporting rendition of ‘God Save the King’.

When asked what his thoughts were on sporting fixtures going ahead while the nation is in mourning, England captain Ben Stokes replied: ‘She loved sport, be honoured to play in her memory.’