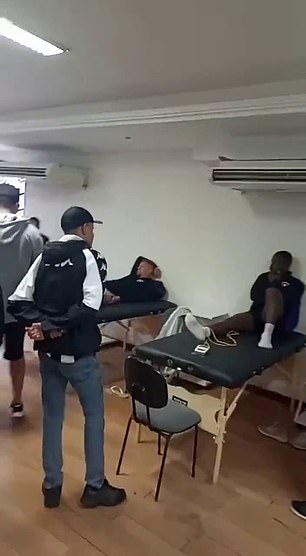 Dozens of supporters of Brazilian team Botafogo invaded the club’s training centre in Rio de Janeiro on Wednesday to protest against the club’s poor run of form.

Local police were called to the Espaco Lonier facility in the west side of the city and images posted by organised supporter groups on social media showed people storming into the club’s medical offices and remonstrating with several players and officials.

Botafogo are yet to issue a statement and the police have not reported any arrests. 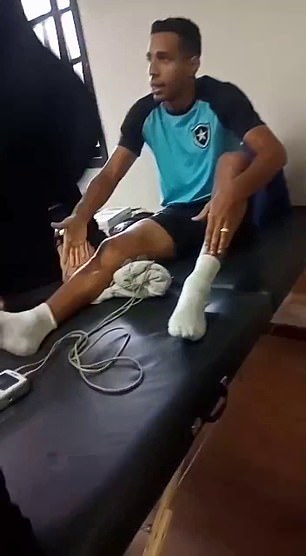 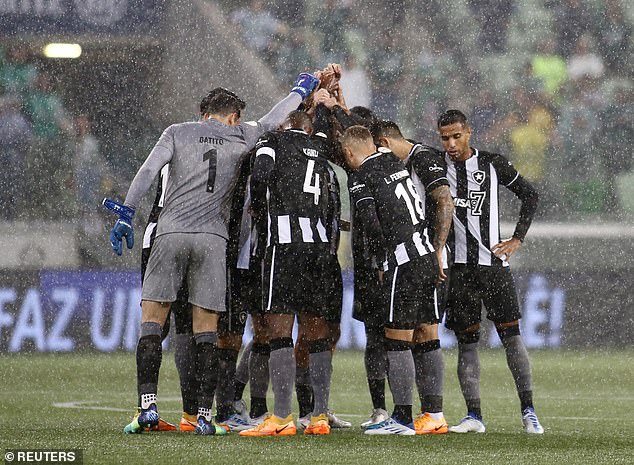 Botafogo are currently in the relegation zone, with 12 points from 11 matches this season

The supporters’ anger follows a series of bad results for Botafogo, who have lost four consecutive games in Brazil’s Serie A.

They are in the relegation zone, with 12 points from 11 matches.

Botafogo supplied many of the big-name players to Brazil’s World Cup winning teams of 1958, 1962 and 1970, such as Garrincha, Jairzinho, Didi, Gerson, Mario Zagallo and Nilton Santos, after whom their stadium is named. 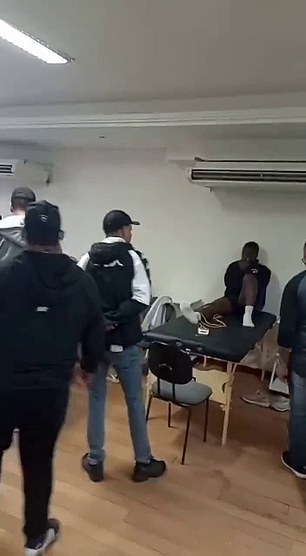 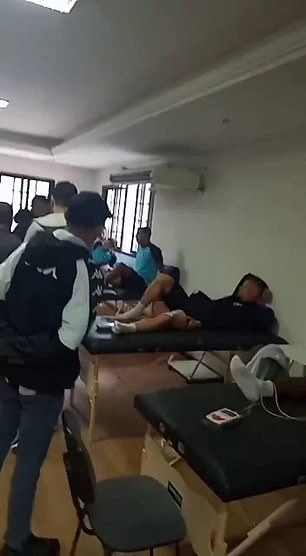 However, they have faced serious financial trouble and have been relegated to Brazil’s Serie B three times in the last 20 years.

In January Botafogo’s board voted to abandon their traditional model of being a social club and sold 90% of their shares to U.S. businessman John Textor, owner of Premier League Crystal Palace.

He became a celebrity among soccer fans following his arrival at Botafogo, but the mood among the club’s fanbase has recently turned sour.